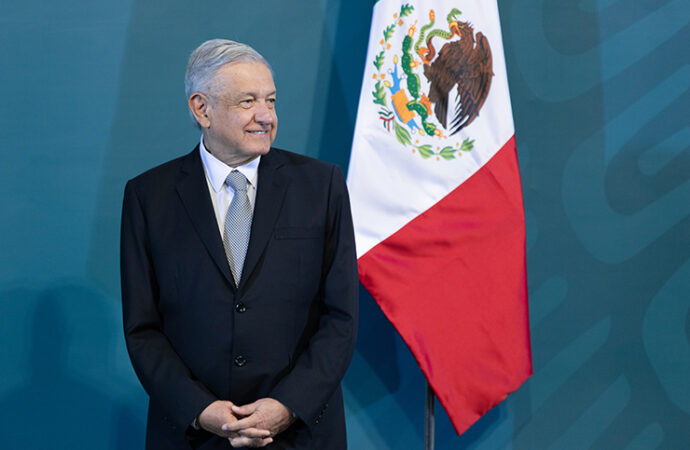 There seems to be a new trend that when a new leftist government is elected it attempts to change or undermine its country’s court system to remove it as a barrier to consolidating power.

During the U.S. election cycle, there was much talk of how an incoming Democratic administration might reshape the Supreme Court. Thus far this talk has only resulted in the formation of a bipartisan commission exploring possible reforms to the Supreme Court and no policy changes have happened yet.

This is not the case with the United States’ southern neighbor, where Mexican President Andrés Manuel López Obrador and lawmakers in his party added two years to the term of the current president of the Supreme Court of Justice of the Nation, Arturo Zaldívar. Now left-leaning judicial activists in America don’t just have the idea of Supreme Court reform, but a nearby example to learn from as well.

Justices on Mexico’s Supreme Court are appointed by the president to 15-year terms subject to approval by the Senate. Rather than the president directly appointing the chief justice, as in the United States, the 11 members of Mexico’s Supreme Court elect their own president to a four-year term. While a justice may serve more than one such term in this position, they are prohibited from doing so for consecutive terms.

Zaldívar is viewed as generally sympathetic to President Obrador’s goals. Obrador campaigned as a leftist outsider candidate, and The Washington Post reports that he has already challenged Mexico’s national elections board and its freedom-of-information institute. Zaldívar’s term was set to expire in 2022, but the extension would see his term in charge of the Supreme Court line up with Obrador’s term as Mexico’s president.

“This is the first time since our Constitution was established in 1917 that a majority of our Congress has voted in favor of a measure they know is unconstitutional,” former Mexican Supreme Court Justice Diego Valadés told The Washington Post.

What is happening in Mexico should serve as a warning to all Americans of the dangers of the delegitimization of the court system. While Biden may be hesitating to make changes to the United States Supreme Court, members of his party have an appetite for change.

Sen. Ed Markey (D-Mass.) and Rep. Jerry Nadler (D-N.Y.) are leading a push to expand the Supreme Court from nine to 13 seats, backed by a number of liberal advocacy groups and their dark money-funded networks. One of these groups, Demand Justice, is among the most active, and counts among its former employees White House Press Secretary Jen Psaki and Paige Herwig, who Fox News describes as “Biden’s point person on judicial nominations.”

The note from Valadés may be doubly relevant as Democrats consider extra-Constitutional methods to upgrade Washington D.C. to statehood to solidify their hold on the Senate. If there is not presently the political will in the Senate to drastically reshape the Supreme Court, adding two reliably far-left Democratic seats from the district would surely help strengthen the left’s resolve on this matter.

Thus, while Mexico lacks the United States’ extensive history of a constitutionally based order and has a less steady rule of law and political system, the example set by Obrador is one that Americans should not ignore. Anyone who values the principles set forth in the United States Constitution should beware of any political expediency that circumvents those principles. We can only hope that Biden does not take any inspiration from his counterpart across the border.

In the event that he does, Americans must continuously make known that they will not stand for any of this extra-legal nonsense. Keeping silent may be easier socially and politically, but it is not what is best for any of us. Keep those principles foremost.