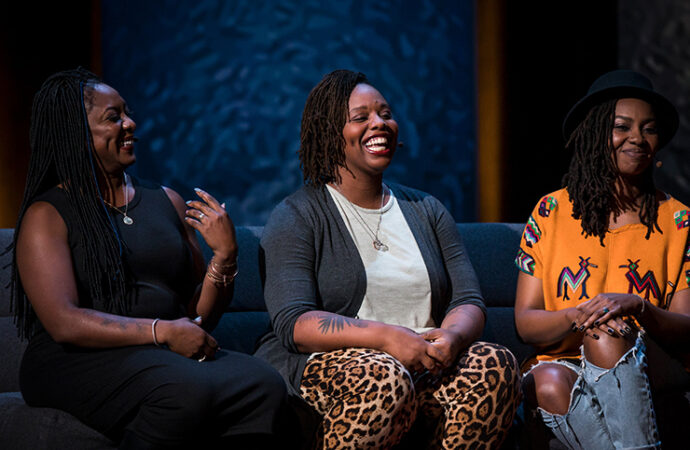 Patrisse Cullors is a co-founder of Blacks Lives Matter. About her background, she said in 2015: “The first thing, I think, is that we actually do have an ideological frame. Myself and Alicia (Garza, BLM co-founder) in particular are trained organizers.” Cullors also said: “We are trained Marxists. We are super-versed on, sort of, ideological theories. And I think that what we really tried to do is build a movement that could be utilized by many, many black folk.”

Cullors, the self-described “trained Marxist,” appears to be doing quite well for herself. Last year, she signed a major Hollywood production deal. Variety reported: “The co-founder of Black Lives Matter has signed her first … overall deal with Warner Bros. Television Group. Characterized as multi-year and wide-ranging, the pact will see Cullors develop and produce original programming across all platforms, including broadcast, cable and streaming.” Her first overall deal? So much for that “from each according to his ability, to each according to his needs” stuff.

The value of the deal remains undisclosed. But Cullors recently purchased a $1.4 million home in Topanga Canyon, California, with a white population of 88.2 percent and a Black population of 0.4 percent, according to the 2010 census. Not exactly the ‘hood.

About Cullors new home, a celebrity real estate website writes: “A winding 15-minute drive from The Commons at Calabasas and a slightly longer and somewhat less serpentine drive from Malibu’s Getty Villa, the pint-sized compound spans about one-quarter of an acre. The property’s not-quite 2,400 square feet is divided between the … three-bedroom and two-bath main house and a separate one-bed/one-bath apartment capable of hosting guests long term with a private entry and a living room with kitchenette.” According to public records, this is just one of three homes that Cullors owns in the Los Angeles area.

Cullors may just be getting warmed up. According to the New York Post: “(Cullors) also eyed property in the Bahamas at an ultra-exclusive resort where Justin Timberlake and Tiger Woods both have homes. … Luxury apartments and townhouses at the beachfront Albany resort outside Nassau are priced between $5 million and $20 million, according to a local agent.”

Meanwhile, of the estimated $90 million donated to Black Lives Matter Global Network Foundation in 2020, Michael Brown Sr., the father of the man killed by a Ferguson police officer, says he has received just $500 from BLM affiliates. Brown Sr. asked: “Why hasn’t my family’s foundation received any assistance from the movement? How could you leave the families who are helping the community without any funding?”

The Associated Press reported: “The foundation said it committed $21.7 million in grant funding to official and unofficial BLM chapters, as well as 30 Black-led local organizations. It ended 2020 with a balance of more than $60 million. … The foundation’s expenses were approximately $8.4 million — that includes staffing, operating and administrative costs, along with activities such as civic engagement, rapid response and crisis intervention.”

Hawk Newsome, the head of Black Lives Matter Greater New York City—which is not affiliated with Cullors’ BLM Global Network Foundation—now calls “an independent investigation” into the finances of Cullors’ BLM. Newsome said, “If you go around calling yourself a socialist, you have to ask how much of her own personal money is going to charitable causes.”

“In one word, you reproach us with intending to do away with your property. Precisely so: that is just what we intend.”