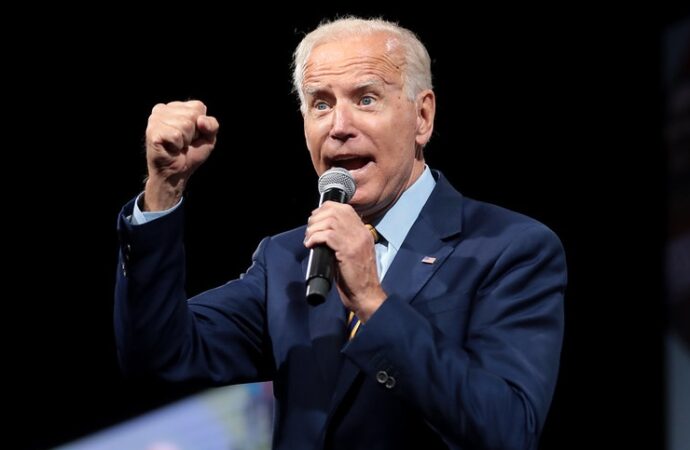 Joe Biden may not be a radical socialist, but he is doing the best imitation of one this writer has lately seen. After enacting a COVID-19 relief package of $1.9 trillion in March without a single Republican vote in Congress, Biden proposed a jobs and infrastructure program of $2.2 trillion. He has now added an “American Families Plan” of another $1.8 trillion. In his speech to the joint session of Congress, Biden laid out its contents. The Washington Times relates:

While Biden’s $6 trillion in total spending is spread over several years, it represents a claim on the nation’s wealth equal to 30 percent of GDP—a figure comparable to FDR’s New Deal and LBJ’s Great Society. One hundred days into his term, our oldest president is seeking to become a transformative progressive president in the FDR mold, and he is betting his presidency he can bring it off.

Where does Biden propose to get the money to pay for this great leap forward for government? Biden proposes to raise the U.S. corporate tax by one-third to 28 percent, raise the personal income tax rate to 40 percent, double the tax on capital gains to 40 percent, and raise death and inheritance taxes to effect a greater equality of wealth in America. To accomplish this, without Republican support in either house of Congress, Biden would need a solidly united party in the House and a party in lockstep in the Senate where the Democrats’ margin is the tie-breaking vote of Vice President Kamala Harris.

During the runoff races for the two Senate seats in Georgia last year, Sen. Chuck Schumer blurted, “Now we take Georgia, then we change the world.” That is an apt description of what is going on. Biden, Schumer, and Nancy Pelosi mean to use the window of opportunity their slimmest of margins on Capitol Hill have provided them—to “change the world.”

To enact his infrastructure and families plan, Biden will have to move swiftly. Yet, his timing may be auspicious. For there is a sense of optimism in the land. U.S. GDP rose 6.4 percent in the first quarter of 2021. We are coming out of the economic free fall of 2020 and the pandemic that produced it. COVID-19 infections, hospitalizations, and deaths are fractions of what they were at the height of the pandemic. Vaccinations, while tapering off, continue in the millions daily. And all those billions of federal dollars sloshing through the economy are going to make tens of millions of Americans feel better.

While the TV audience for Biden’s address tilted Democratic, the 85 percent approval of his speech in one poll, along with the 75 percent who said it made them more optimistic about America, suggest that this is Biden’s moment.

And the Republicans? While there are elements of Biden’s proposed infrastructure spending the GOP might support—funding for roads, bridges, airports, broadband—Democrats are not likely to agree to cuts in the social spending in Biden’s plans to win Republican votes. And, even given the popularity of some of Biden’s proposals, it is difficult to see how a party that not so long ago preached the gospel of small government and balanced budgets could sign on to much of this.

Jimmy Carter said at Notre Dame in 1977 that we Americans had gotten over our “inordinate fear of Communism.” Have Republicans of the party of Coolidge and Reagan gotten over their inordinate fear of deficits, debt, and inflation? Democrats have the votes to prevent Republicans from amending, in ways Democrats do not like, the infrastructure and social spending bills. Republicans, however, would appear to have no choice but to do battle to cut the bills back, and, failing that, kill them.

Events seem to be pointing to an up-or-down vote on Biden’s plans in both houses, and, as of today, Democrats appear to be in the catbird seat. Yet, one recalls: After LBJ ran up the largest electoral landslide since FDR and launched his Great Society in 1965, he lost 47 House seats in 1966. And, with Johnson’s presidency broken by Vietnam, crime, and riots, Republicans won five of the next six presidential elections.

Plus, there is a real risk to the nation in these massive Biden bills. Deficits exceeding $1 trillion. A national debt larger than the national economy and growing inexorably. A Federal Reserve running the printing press night and day to produce the dollars to push the nation back to full employment.

This is Biden’s hour. The question is how long does it last.