Why Putin’s Pipeline Is Welcome in Germany 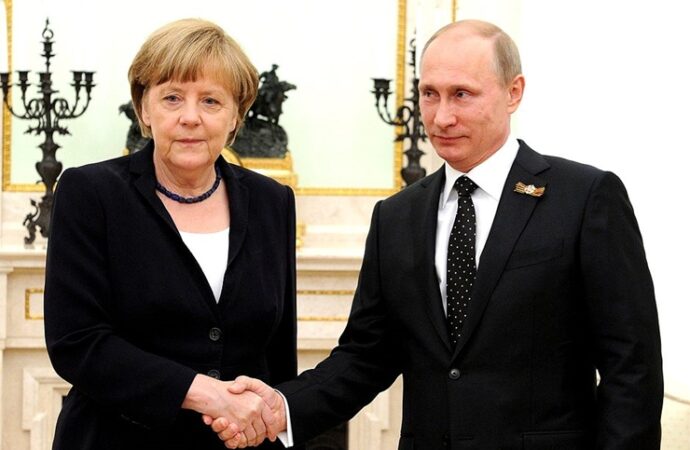 During a joint interview with Jens Stoltenberg, the Norwegian secretary-general of NATO, Secretary of State Antony Blinken, fresh from his bout with the Chinese in Anchorage, took on Angela Merkel and the Germans. Issue: Nord Stream 2, the Baltic Sea pipeline Vladimir Putin is building to complement his Nord Stream 1 and carry more natural gas from Russia to Germany, and from there to other NATO nations. The original Nord Stream pipeline, also consisting of two strands of pipe along the Baltic Sea floor, was completed in 2011.

In his meeting with Stoltenberg in Brussels, Blinken warned that Western companies participating in building Nord Stream 2, which is 90 percent complete, would face sanctions mandated by Congress: “President Biden has been very clear in saying that he believes the pipeline is a bad idea; it’s bad for Europe, bad for the United States,” said Blinken, adding, U.S. law “requires us to sanction companies participating in the efforts to complete the pipeline.”

What is behind American opposition to Russian natural gas going to Germany, and from there to NATO Europe?

First, the pipelines bypass Ukraine and Poland, cutting those countries out of the transit revenue. Second, we want NATO Germany to buy our own shale-produced natural gas. Third, we object to a pivotal NATO ally increasing its present dependency for energy on the very nation against which the United States has defended that ally for 70 years.  Why are you Germans buying Russian gas when we are protecting you from Russian aggression, the Americans ask. It’s a fair question.

Last summer, an exasperated President Donald Trump announced plans to withdraw 12,000 troops from Germany in what was described as a “strategic” repositioning of U.S. forces in Europe. Trump said the move was in response to Germany’s failure to meet national NATO targets on defense spending of at least 2 percent of GDP. “We don’t want to be the suckers anymore,” said Trump “We’re reducing the force because they’re not paying their bills; it’s very simple.” Merkel ignored Trump’s threat. The U.S. troops are still there.

This week, Blinken met with German foreign minister Heiko Maas to restate the U.S. concern over Nord Stream 2, while hastily adding that Germany is a vital NATO ally and the pipeline is “an irritant in a rock-solid alliance.”

One gets the impression that Merkel and the Germans will prevail, the pipeline will be completed, and the gas will begin to flow to Germany. And that the Americans will accept it, rather than exacerbate the issue. Yet, what does Germany’s willing and deepening dependence on Russian gas for its energy, as it moves off coal and nuclear power, tell us?  And what does Germany’s chronic refusal to meet the standard of NATO nations to contribute 2 percent of GDP to the common defense tell us?

Quite obviously, the Germans do not see Putin’s Russia as the military threat it was in the Cold War. And Berlin has come to believe that, even if it falls short of its commitments to spend more on defense, the Americans are bluffing. They are not going to leave Europe or NATO. Why are the Germans not wrong to conclude this?

Because being the “last superpower,” “the leader of the free world,” the “indispensable nation,” the architect of the “rules-based international order” created by the World War II generation of Harry Truman, Dean Acheson, George Marshall, and the rest, is how we define ourselves and our mission to mankind. We can’t let go, because this is who we are and what we do.

Without this mission, what could justify the mammoth amounts we invest annually on NATO, national defense, foreign aid, the Indo-Pacific, the CIA, and the Armed Forces of the United States?

Consider. Between 1989 and 1991, the Soviet Empire collapsed and disintegrated. The Berlin Wall came down. All the Red Army divisions went home from Europe. Communism ceased to be the ideology of the Soviet Union, which itself split apart into 15 separate nations. Russia was no longer the largest captive nation of communism but a nation reaching out in friendship to the United States. And what did we do in response?

We doubled the number of nations in NATO we are sworn to defend, moved the alliance deep into Eastern Europe and adopted a policy of containment of a shrunken Russia. Having won the Cold War, and unable to find a new mission, we started a second Cold War to contain the new Russia—this time at the borders of Belarus, Ukraine, and Georgia, as we had once contained the old USSR at the River Elbe.

Why does Angela Merkel not take seriously U.S. threats to pull our troops out of Germany, if the Germans won’t cancel Nord Stream 2 or pony up more for defense? Because Merkel thinks the Americans are bluffing about going home from Europe, and thinks the Russia of Vladimir Putin is not the Russia she knew in the days of the GDR.