Sorting Through the Confused Theology of Star Wars 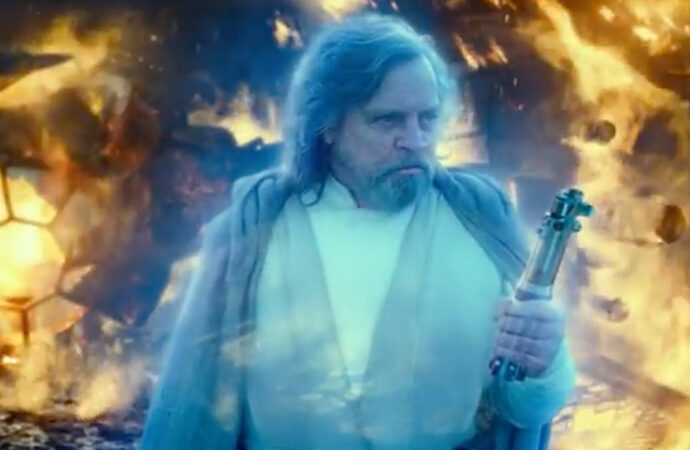 “Well, I think there is a God. No question. What that God is, or what we know about that God I’m not sure.” –George Lucas

The Star Wars film saga is an American classic, long beloved by young and old.

One of the series’ most recent spin-off hits is The Mandalorian, a story in which Din Djarin (“Mando”) tries to protect Grogu, “Baby Yoda,” from the evil Moff Gideon. We eventually find out that Moff Gideon wants the blood of this child in order to “bring order back to the galaxy.” Such a storyline seems to have overtly Christian themes, suggesting to viewers that “Baby Yoda” is a type of messiah like the Baby Jesus, or if Grogu’s precious blood is representative of the blood of Christ.

But while Star Wars is definitely replete with spiritual ideas and messages, one would be remiss to assign all of them to Christianity. In fact, a careful analysis shows Star Wars blends philosophies of pantheism, Taoism, Buddhism, and Hinduism with Christianity. Perhaps this should come as no surprise since George Lucas, the creator of Star Wars, labels himself a “Methodist Buddhist,” claiming that he thinks there is a God, but is unsure about the specifics of the divine.

In light of such confusion, it’s interesting to break down some of the major religious themes in Star Wars and compare them to the basic tenets of Christianity, asking how they measure up.

The Force in Star Wars functions as the impersonal “power” of the universe. By contrast, Christianity centers around a personal God who loves humanity and seeks a relationship with His special creation through His son Jesus Christ.

In Star Wars theology, the Force also exists in all life forms, binding everything together. “The Force is what gives a Jedi his power,” Obi-Wan tells Luke in Episode IV: A New Hope. “It’s an energy field created by all living things. It surrounds us and penetrates us. It binds the galaxy together.” Similarly, the 2016 movie Rogue One finds Baze Malbus consoling his dying friend Chirrut Îmwe by saying, “The Force is with me and I am one with the Force. I am one with the Force and the Force is with me.” Such a notion is pantheistic, a concept the Apostle Paul rejected when he noted that humans “worshipped and served the creature more than Him who created it.” (Romans 1:25) Christians looking for threads of their beliefs in Star Wars should remember that God is neither nature nor part of nature, but a separate, personal being.

Another parallel between Star Wars and Christianity is the idea of a “Chosen One.” Anakin Skywalker is the presumed special one who will bring “balance to the Force.” Unfortunately, his hatred and desire for control led him to “the dark side of the Force,” shown by his transformation into Darth Vader. This in no way resembles Christian teachings about Jesus, the sinless God Incarnate who humbled Himself and came to Earth as humanity’s substitute for God’s wrath, purchasing their salvation from sin through his death.

Star Wars and Christianity also part ways with respect to human nature, which in Lucas’ view, “is what ‘Star Wars’ is about.” “We are both good and evil, and we have a choice,” Lucas claims, whereas the Christian Scriptures teach that after the “Fall of man,” we were born sinners and “fall short of the glory of God.” Of course, this Christian view doesn’t exclude people from choosing to do good. Rather humans are born sinful and need redemption through repentance and faith in Christ as Lord and Savior, not by one’s achievements.

The most respected and wise of Star Wars characters is Yoda, who taught “Feel, don’t think.” While modern-day Christianity is often portrayed as feelings-oriented, its traditional teachings show that it is a rational faith which tells adherents “lean not unto thine own understanding” and to “try” those we listen to.

Lucas’s Buddhist influence is evident through his use of “mindfulness,” the practice of clearing the mind, as a Jedi virtue. Christianity, however, rejects the “power is within you” philosophy prevalent in New Age teaching, and commands individuals to meditate and fill their minds with God’s Word.

The difference between objective and subjective truth is also made clear in both Star Wars and Christianity. In Episode III Obi-Wan implies that believing in absolutes is what the dark side of the Force teaches; in other words, absolutes are bad theology. By contrast, Jesus Himself was absolute when He said, “I am the way, the truth and the life…” (John 14:6).

Christian apologists argue that without an objective standard—God—we cannot judge whether something is good or evil, right or wrong. Popular sayings like “Speak your truth” and “Truth is in the eye of the beholder” contradict this concept, making it easier to rationalize one’s chosen lifestyle and belief system since there is no objective standard. This mentality is on display in Revenge of the Sith when Obi-Wan says “Anakin, Chancellor Palpatine is evil,” and Anakin responds, “From my point of view, the Jedi are evil.”

In an episode of the Star Wars animated series, Clone Wars Yoda and Anakin discuss hearing the voice of their dead friend Qui-Gon Jinn (“Voices,” Season 6, Episode 11). Anakin tells Yoda, “Everything we know about the Force tells that an individual retaining their identity after death is impossible.” By contrast, Christianity teaches that once we are born, we are eternal and retain our knowledge and consciousness whether with God or eternally separated from Him.

Star Wars has been a part of our lives since the 1970s and it continues to affect millions of people around the world. Understanding the philosophies interwoven into the saga is important to achieve a critical view of how its content interacts with, affects, and critiques the Western Christian tradition.