Sympathy for the Spartan 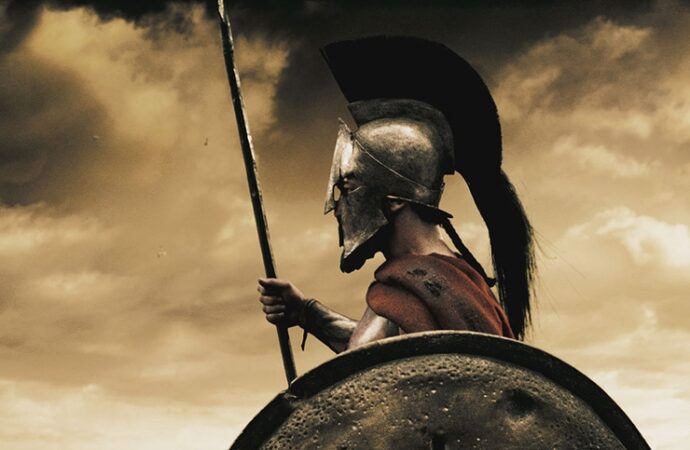 History—be it that of 1619, or 1776, or some other significant year or event—is often abused in this day and age. One of the latest victims of such historical misrepresentation are the Spartans, whom Lee Smith in a column for Tablet treats rather unfairly.

Smith describes the blood-curdling behavior of the antidemocratic Spartans at the end of the Peloponnesian War in his column, declaring that “For the upper caste of an Athenian elite already contemptuous of democracy, the city’s defeat in the Peloponnesian War confirmed that Sparta’s system was preferable.” He goes on to say:

It was a high-spirited military aristocracy ruling over a permanent servant class, the helots, who were periodically slaughtered to condition them to accept their subhuman status. Athenian democracy by contrast gave too much power to the low-born. The pro-Sparta oligarchy used their patrons’ victory to undo the rights of citizens, and settle scores with their domestic rivals, exiling and executing them and confiscating their wealth.

This observation is an historical aside from a more worthwhile comment Smith made in his column, when he condemned the leftist oligarchy in the United States, which takes money and orders from the Chinese Communist government and which would betray their fellow-Americans to serve a foreign master.

What Smith fails to realize, however, is that such treacherous behavior has nothing to do with the ending of the Peloponnesian War, a war in which Sparta’s military aristocracy defeated democratic Athens, Greece’s foremost naval power and its most insatiably imperialist city-state. It was Athenian expansion into the Peloponnesus (in Southern Greece), which drew the Spartans into the conflict on behalf of their allies, especially Corinth.

Despite periodic armistices the struggle dragged on for about 30 years until the peace was accepted by Lysander, the Spartan commander who laid siege of Athens. He required the Athenians to raze their great wall and accept an oligarchic government more similar to the Spartan government. The Athenian negotiator Lysander dealt with was Theromenes, the Athenian victor of the naval battle of Arginusae in 407 BC. Theromenes recognized the hopelessness of continuing the struggle after the Athenian loss in the naval battle of Aegospotami in 405 BC saw their city besieged by Spartan soldiers.

The largely vindictive rule of the Thirty Tyrants which followed was not Theromenes’ intent. He strove to establish a form of government combining oligarchy and democracy.

This new government fell into the hands of Plato’s uncle Critias. The subject of one of Plato’s dialogues, Critias killed off factional rivals acquired during the unsuccessful war against Sparta. This, however, was not the fault of the Spartans. They simply instructed the Athenians to “return to their ancient constitution,” presumably the one they had before Cleisthenes established what became their fifth century BC democracy.

In 403 BC the brutal regime of the Thirty Tyrants was followed by the Rule of the Five Hundred, which claimed to reintroduce Athenian democracy, but which indulged in its own postwar reprisals. One of the victims of this new tyranny was Socrates, the teacher of Plato and, to Socrates’s misfortune, Critias.

Although Lysander reveled in self-worship and had panegyrics composed in his honor, he was not especially vindictive. Xenophon in his Hellenica depicts him as a moderate victor who spared the prostrate Athenians, something that the then corrupted Athenian democrats were unlikely to have done for Sparta had the roles been reversed.

Ancient historians seem to agree that the Spartans were better disciplined and more politically stable than the generally more bellicose and conquest-driven Athenians. One might question Mr. Smith’s unfair depiction of the Spartans as blood-thirsty tyrants who spent their days murdering helots and crushing their lower classes. In the Second Book of Politics, Aristotle furnishes a striking description of how Spartan society functioned by the fourth century BC. It transformed itself from a military aristocracy into a gynocracy, a system in which women and foreigners ran the economy and men just hung around barracks. The Spartans after their victory in 404 BC showed only brief, intermittent interest in forming their own empire and less than 50 years later they were a politically spent force.

What is perhaps most troubling about Smith’s attempt to liken vicious Spartan victors and their Athenian lackeys to the Chinese and their high-placed American assets is the overuse of a tendentious comparison. Spartans have been treated as the spiritual predecessors of the German Empire during WWI, and as contemptible precursors to the Soviets and Nazis. Meanwhile, despite its massive slave population and brutal treatment of Greek polities that stood in its way, Athens has been repeatedly elevated to the status of a forerunner of Anglo-American democracy in its most ideal form.

It might surprise Smith to learn that Athenians as well as Spartans treated slaves inhumanely. If he read David Hume’s richly documented essay “Of the Populousness of Ancient Nations,” he would have some idea of how nasty the institution of slavery was throughout the Greco-Roman world as well as everywhere else in antiquity. It was Stoicism, and later and more decisively, Christianity, that improved the conditions of slaves, which were far worse in ancient Athens and the Roman Republic than in the antebellum South. Viewing this situation as peculiarly Spartan is glaringly inaccurate. It was a common condition of that far off time.