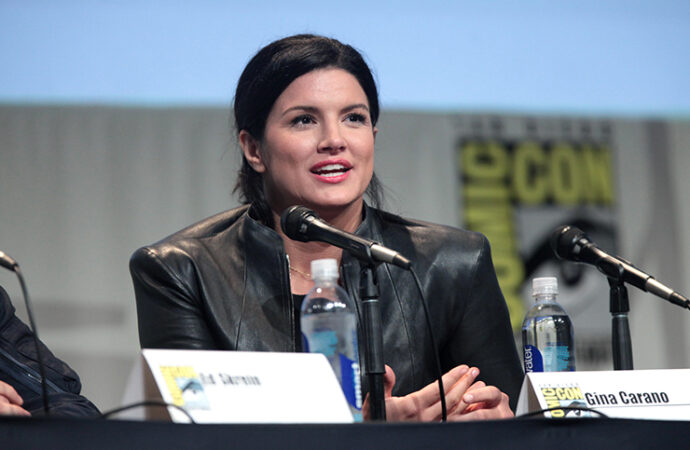 “Mandalorian” star Gina Carano made headlines this week when she was fired from Disney. Her crime? Authoring a social media post comparing the censorship of conservatives to Nazi persecution.

Disney’s decision set off a salvo of justified attacks on the company. But while the self-righteous anger is gratifying to fans both of Carano’s acting and words, this latest incident in cancel culture points to a bigger, more ominous truth:

To illustrate this, let’s examine Carano’s offending post. She declared:

Because history is edited, most people today don’t realize that to get to the point where Nazi soldiers could easily round up thousands of Jews, the government first made their own neighbors hate them simply for being Jews. How is that any different from hating someone for their political views?

A spokesman for LucasFilms responded to this statement by declaring that Carano’s “social media posts denigrating people based on their cultural and religious identities are abhorrent and unacceptable.”

Can’t find the “denigration” in Carano’s post? Progressives find it because Carano is on the wrong side politically speaking, and while words are slippery things of myriad meanings, being on the wrong side and saying something in defense of that side is wrong. Therefore, Carano’s comments must be denigrating or racist or some other nasty thing. You may not think it’s that simple, but for millions of thoughtless Americans on the left, it is.

It doesn’t matter that Disney is a hypocrite for allowing Carano’s liberal co-star to post photos comparing American-Mexico border detentions to Nazi concentration camps. Nor does it matter that Disney turned a blind eye when another of their employees posted a cartoon of abloody woodchipper with the words: “MAGAkids go screaming, hats first, into the woodchipper.” Disney will get away with the Carano firing, and in a week the incident will be forgotten, yet another sign of the fact that we are losing.

We are losing because our side assumes that reason can prevail when it comes to the confrontation of ideas. It can—but only when both sides are committed to reason. It’s useless to attempt to reason when the opposition is doggedly irrational. You will always lose an argument with someone who insists that two plus two equals five just as easily as it equals four, and meanwhile you will have wasted both time and energy.

Aristotle, arguably the touchstone of Western reason, had as his most famous student Alexander the Great, the era’s most renowned conqueror. Alexander spent a year studying one-on-one with the founder of logic, metaphysics, and virtue ethics. He learned what it meant to reason and to think his way out of problems, a skill he used in a series of battles that subdued the known world in just a few years. At one juncture in his conquests, Alexander encountered mystical priests of a foreign culture who presented him with the Gordian Knot, an intricately tied pile of rope that was considered impossible to untie. The priests expected Alexander to attempt untying it, but this student of logic’s founder was not easily fooled: He took out his sword and cut the knot in two. Reason cannot untie the tangle of irrationality; it can only destroy it.

Before I am accused of inciting violence, let me be clear that the sword we need to wield is a figurative one of boycotts, strikes, and protests. Why should any reasonable person patronize Disney? Going further, we must establish cultural alternatives to the left-loving pop hegemony that rules our lives, as Carano seems to now be doing. Reason will not work against the likes of people who somehow manage to see the “denigration” of minority cultures in sensible comments such as Carano’s.

The current atmosphere of political hatred posing as political unity portends the growth of state power, as anyone who has read Hannah Arendt closely will recognize. In order to make headway against what is clearly a rising tide of totalitarianism, we need action, not talk.