Ideological Imperialism Is Leading to a Bad End 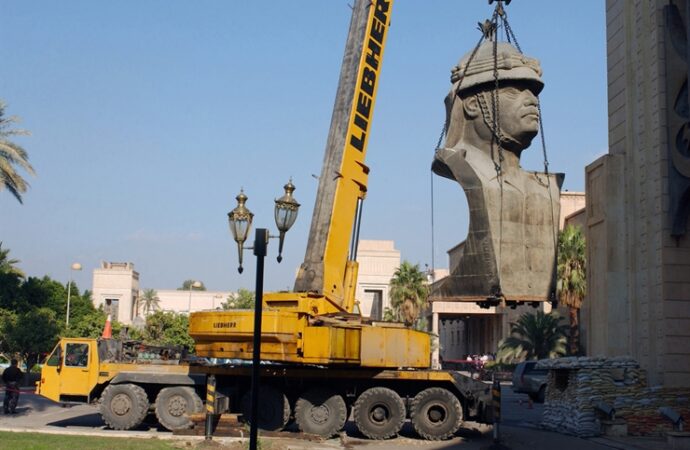 When it was learned in 2016 that Russia may have hacked the emails of John Podesta and the DNC, and passed the fruits on to WikiLeaks to aid candidate Donald Trump, mighty was the outrage of the American establishment. If Russia’s security services filched those emails, and a troll farm in Saint Petersburg sent tweets and texts to stir up rancor in our politics, it was said, this was an attack on American democracy and its most sacred of rituals—the elections by which we chose our leaders.

Some called it an “act of war.” Others compared it to Pearl Harbor. Almost all agreed it was intolerable interference in the internal affairs of the United States which called forth both condemnation and retribution. Yet, when it comes to interfering in the affairs of other nations, how sinless, how blameless, are we Americans?

According to Victoria Nuland, then of the State Department, now back again, $5 billion was pumped in to affect the overthrow of the democratically elected pro-Russian regime in Kiev and its replacement by a pro-American one. This was the triggering event that caused Vladimir Putin to annex Crimea to secure his country’s Black Sea naval base at Sevastopol.

Consider the reaction in this capital to the arrest and imprisonment of dissident Alexei Navalny, following his return from Germany, where he had been treated for chemical poisoning, allegedly by Putin’s security services. In an editorial, “Nothing But a Poisoner,” The Washington Post thundered:

Western governments should be doing what they can to help this unprecedented challenge to Mr. Putin’s autocracy survive and grow…
Mr. Putin has dedicated himself to exploiting the weaknesses in democratic systems. Now is the time to return the favor.


Consider what the Post is calling for here: The U.S. and NATO nations should openly side with protesters in Russia’s cities whose goal is the overthrow of Putin and of the internationally recognized government of Russia. How, one wonders, would Americans react if Putin openly urged worldwide support for the “Stop the Steal” mob that invaded the U.S. Capitol to overturn the results of the Nov. 3 election?

Though Americans are divided over racial, cultural, social, and moral issues, liberal interventionists still talk of our “universal values” that represent the future toward which all nations should aspire. Among these are the values of democracy as practiced in the United States. These are the standards by which other nations are to be judged. And nations that do not conform to these standards are candidates for U.S. interference in their affairs. Ours is an ideological imperialism of a rare order.

Where did we Americans acquire the right to intervene in the internal affairs of nations—be they autocracies, monarchies, or republics—that do not threaten or attack us?

When we have intervened in these nations militarily, disaster has most often been the result. It was partly because the regimes of Libya, Syria, Iraq, and Yemen did not comport to our ideas of good governance that we went in militarily to change them. Result: millions of dead, wounded, and displaced Arabs and Muslims all across the Middle East. A historic calamity.

When the Arab Spring arose, we embraced it. The democratic revolution was here! And what happened in the largest Arab nation that responded as we insisted, Egypt? An ally of 30 years, President Hosni Mubarak, was ousted. The Muslim Brotherhood was voted into power. It was replaced a year later by a new general, Abdel Fattah el-Sissi, a man more ruthless than Mubarak.

This week, the generals in Myanmar (Burma) ousted the civilian leadership of the country and assumed full power. President Joe Biden reacted reflexively, calling it a “direct assault on the country’s transition to democracy.” “In a democracy,” said Biden, “force should never seek to override the will of the people or attempt to erase the outcome of a credible election.”

Derek Mitchell of the National Democratic Institute, a subsidiary of the National Endowment for Democracy, explained: “Democracy is one of the pillars of the Biden Administration’s foreign policy agenda. They recognize they have to address this pretty seriously. The question is what to do.” Actually, the larger question, the basic question is why the internal affairs of Burma, a nation 10,000 miles from the United States, are the business of the United States.

The post-Cold War world, where America stood in moral judgment of the democracy credentials of all other nations, and acted against those that did not sufficiently conform, is coming to an end. And if we do not give up this ideological imperialism, that end, especially where Russia and China are concerned, could come sudden and soon.