Effeminacy Is Not Working for the Christian Church 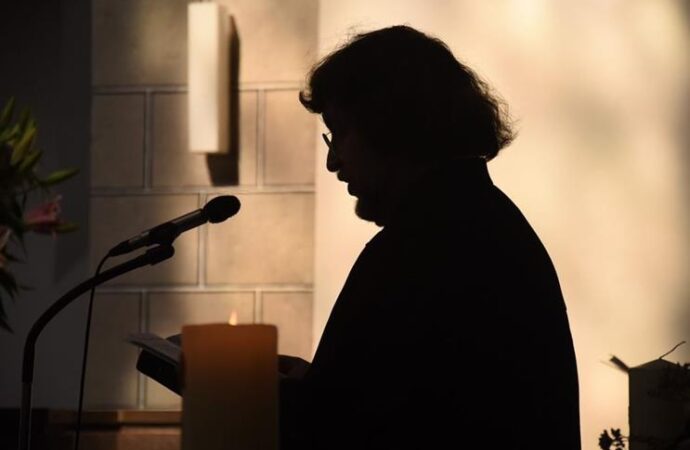 Sitting in a pew last summer, waiting for a small funeral service to start, I saw a young woman walk to the podium and begin to speak. To my surprise, she introduced herself as the minister who would be conducting the service, and then she began to lead those gathered to remember the departed through the songs, prayers, and eulogizing typical of funerals.

While the presence of this female minister initially came as a surprise, further consideration led me to realize that her presence was simply a natural consequence of the women’s liberation movement and the heightened emphasis on empathetic feelings in today’s society. Somewhere along the line, we got the idea that Christianity is a soft, nurturing religion. By those standards, the presence of a woman in the pulpit seems the most natural thing in the world.

Yet is such a course really working for the Christian church? A recent article from Christianity Today suggests otherwise.

Citing the steady rise of religious “nones”—those individuals who claim no affiliation with any religion—author Ryan Burge claims that individuals without a religious affiliation have risen from roughly 5 percent in the early 1970s, to almost 25 percent in recent years. Burge posits that these numbers are not as dire as they seem. Many of the “nones” should really be labeled “somes,” for they attend church occasionally and still entertain religious thoughts, such as belief in God.

Burge closes his article by quoting Wheaton College professor Ed Stetzer, who summarized the “nones’” problem by saying “’It would… be a mistake to think church as usual will appeal to the nones.’”

“Of course!” many would say. “This is exactly why church needs to become fresh, new, and original! Stop being so hard on sin! Become more nurturing!”

The only problem is that the church has been trying to be “new, fresh, and original”—by implementing feel-good, politically correct Christianity which embraces feminism and other trendy philosophies—throughout the years depicted in the chart above, years in which the “nones” were steadily rising. In essence, Christianity has been perverted and now presents itself as something it is not.

That something is what scholar and writer Anthony Esolen would likely call effeminate Christianity. Writing in the February issue of Chronicles, Esolen describes the scene in modern day churches quite accurately:

Christian men are called to fight. Yet the most common hymnals in Roman Catholic churches in the United States contain no fighting hymns; no ‘Soldiers of Christ, Arise,’ no ‘Rise Up, O Men of God.’ Similarly, the liberal Protestant denominations and their pastorellas have reduced truth in doctrine to having the right sentiments; if masculine men fall away from the faith as a result, so much the more comfortable the services will be.

Yet such demasculinization runs counter to the roots of Christianity. Esolen cites the apostle Paul, who, despite enduring much hardship, did “not beg for pity” and play the victim as the modern, feminized church often seems to do. Instead, Paul was a “fighter,” even using masculine, warlike analogies in his writings, one of the most famous being the passage on the “armor of God.”

Could there be a connection between the trends Esolen describes and the dramatic rise of religious “nones” in recent years?

Think about it for a moment. Christianity, by its very teachings, is strong, masculine, and even warlike in its descriptions. Its aim is to stand against the devil and fight for Christ and the truth. It is not supposed to be comfortable. Yet in recent decades Christian churches have gone out of their way to diminish these warlike metaphors, choosing to be soft, soothing, and empathetic instead. Such traits are valuable, but when emphasized solely, they turn Christianity into a faith of weaklings. Who is attracted to that?

Certainly not men and boys, who have inborn desires to stand strong, to fight, and to protect. As men and boys become disenchanted with Christianity and fall away, the family and faith community—two of the core building blocks of society—weaken and collapse as well.

If Christians want to rebuild and bring the “nones” back to church, then perhaps it’s time to try something beyond feel-good sermons and feminized emotional appeals. Perhaps it’s time for churches to go back to the roots of their own religion and reject today’s trendy, effeminate Christianity.