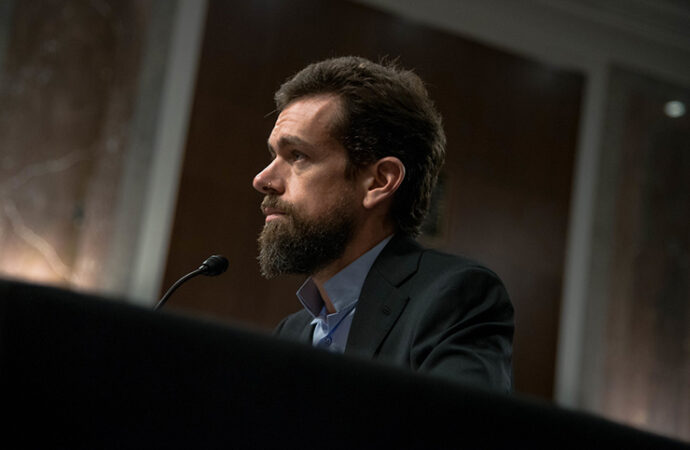 Liberals rarely defend the property rights of corporations, so it is quite amusing that scores of them are arguing that social media companies have the right to deplatform rogue actors.

Unfortunately, by making free speech the crux of the argument conservatives have ceded the debate to liberals.

Instead, we should be asking ourselves if companies can arbitrarily violate contractual agreements. Though the average person creating a social media account may not realize he is entering into a contract, nonetheless, a binding agreement exists. If the contract is breached by either party, then the aggrieved party is entitled to remedies.

Twitter’s terms of service allow the platform to expel users for engaging in unlawful conduct or harassment, but they also explicitly note that Twitter will not be responsible for content that offends viewers:

You understand that by using the Services, you may be exposed to Content that might be offensive, harmful, inaccurate or otherwise inappropriate, or in some cases, postings that have been mislabeled or are otherwise deceptive.

Social media enables different groups to share a wide variety of experiences. Twitter and other platforms do not exist solely to promote liberal viewpoints. Eccentric characters are free to express inaccurate positions, they may even spread dubious conspiracy theories. None of these actions are impermissible under their contracts with Twitter.

One expects users to exercise judgment when consuming information. Therefore, they must hold themselves accountable for failing to properly assess posts on the platform, both others, and their own. Twitter’s terms of service state it cannot be held liable if users fail in that responsibility:

By genuflecting to the liberal mob and expelling dissident voices, Twitter is violating its agreements with conservative users. Obviously, Twitter banning a Neo-Nazi with a criminal history is understandable if he wants to use it as a method of organizing violence. But to cancel an account merely because the user expresses opinions that some liberals deem incendiary is unjust. Twitter needs to be held accountable for violating its contractual obligations to defenestrated users.

Unsurprisingly, one of Twitter’s most recent victims is Donald Trump. The former president’s critics clearly lack an understanding of metaphors. Many on the left have argued that Trump’s invocation of the word “fight” reflects incitement. A close reading of the text of his Jan. 6 speech, however, reveals that his language was merely metaphorical:

Republicans are constantly fighting like a boxer with his hands tied behind his back. It’s like a boxer. And we want to be so nice. We want to be so respectful of everybody, including bad people. And we’re going to have to fight much harder. And Mike Pence is going to have to come through for us. And if he doesn’t, that will be a sad day for our country because you’re sworn to uphold our constitution…if you don’t fight like h*** you’re not going to have a country anymore.

Trump merely instructed his supporters to protest a perceived injustice, not engage in a physical battle. For example, they may challenge what right wingers refer to as the “deep state” by filing lawsuits to contest the election results. Trump had no intention of encouraging violence even in his speech. In fact, he implored his supporters to oppose the political establishment peacefully: “I know that everyone here will soon be marching over to the Capitol building to peacefully and patriotically make your voices heard.”

Liberals often use Trump’s clumsy speeches as opportunities to guilt people into accepting their own sentiments. Defending Trump automatically makes one a deplorable personality in their view. Since most people fear social stigma, they often agree with liberals out of desperation.

Though the decision to ban Trump is widely celebrated, Twitter is guilty of misconduct. Twitter has no authority to deplatform Trump based on his speech. This entire fiasco reveals Twitter’s contempt for contractual agreements.

Politically correct conservatives who argue that the First Amendment only protects citizens from governmental power are missing the point. At the heart of this saga is Big Tech’s disdain for the contractual rights of users who do not subscribe to a liberal orthodoxy. Conservatives must never allow their hatred of Trump to prevent them from defending the cause of liberty.