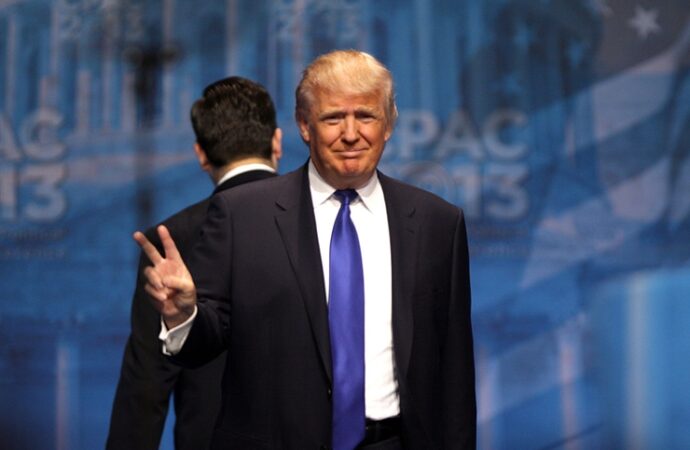 “The president of the United States summoned this mob, assembled this mob and lit the flame of this attack.” So alleged Liz Cheney, third-ranking Republican in the House, as she led nine GOP colleagues to vote for a second impeachment of Donald Trump. The House Republican caucus voted 19-1 against impeachment. House Democrats voted lockstep, 222-0, to impeach in an exercise the solidarity of which calls to mind the Supreme Soviet of Stalin’s time. But is what Cheney said true?

Undeniably, the huge crowd that assembled on the mall Wednesday did so at Trump’s behest. But that peaceful crowd was not the violent mob that invaded the Capitol.

The mob was a mile away as Trump spoke. It was up at the Capitol while Trump was on the Monument grounds. It could not hear him. And the break-in of the Capitol began even before Trump concluded his remarks. It was done as he spoke. Nor is there anything in the text of those remarks to indicate that Trump was signaling for an invasion of the Capitol.

How then did he light “the flame of this attack”? At the end of his remarks, Trump said, “I know that everyone here will soon be marching over to the Capitol building to peacefully and patriotically make your voices heard.” Is that a call to riot?

The impeachment resolution charges Trump with an “incitement of insurrection.” Where did he do this? Where is the smoking gun? The House Judiciary Committee declined to conduct hearings and call witnesses to reveal the links between Trump and the rioters.

What was the imperative that demanded a suspension of the normal process? Urgency, answers House Speaker Nancy Pelosi. Trump’s continuance in the presidency is a “clear and present danger” to the republic. But this is hysterical nonsense that covers up the real motive.

The left wants to stigmatize Trump down through the ages with twin impeachments, and its hatred of him has overwhelmed any commitment they had to due process. Trump not only defeated the establishment in 2016. He got 74 million votes for a second term. Then, he defiantly refused to recognize that his defeat was fairly accomplished. Trump is hated because he will not play the role the left has assigned to him in its historic morality play, in which the left is always the triumphant star.

The Washington Post is now demanding that the trial, conviction, and expulsion of Trump from the presidency begin before Joe Biden takes the oath in five days. This is a familiar mindset: the spirit of the lynch mob. No time for evidence. No need for a trial where both sides can be heard. No need for reflection. Just declare him guilty and hang him.

Concerning the riot and rampage on the hill, the right has offered no rationalizations or justifications, as the left invariably has ready when its minions go too far. It is not the right, but the left that has, since the ’60s, condoned and excused and called for empathy and understanding of those who use violent means to advance political ends.

It was Martin Luther King who urged us to understand the root causes of riots in Harlem, Watts, Newark, and Detroit when he explained, “A riot is the language of the unheard.” In 1964, Hubert Humphrey, observing the same riots, declared, “if I were in those conditions… I have enough spark left in me to lead a mighty good revolt under those conditions.”

In the great struggle to advance civil and human rights, even a jail sentence is no longer a dishonor but a proud achievement. … Perhaps we are destined to see in this law-loving land people running for office not on their stainless records but on their prison records.

In a retort to President Eisenhower, who had deplored the giving of moral sanction to rioters, Sen. Robert Kennedy said: “There is no point in telling Negroes to obey the law. To many Negroes the law is the enemy.” In 1970, Justice William O. Douglas described how we should regard leftist demonstrations that turned into violent riots: “We must realize that today’s Establishment is the new George III. Whether it will continue to adhere to his tactics, we do not know. If it does, the redress, honored in tradition, is also revolution!”

What should Trump’s people do now?

If we are headed for an impeachment trial, force the Democrats to prove that Trump deliberately instigated an “insurrection.” Then, lay out the history of the American establishment’s endless condoning and justifying of disorders, riots, and rampages when done in the hallowed name of the social progress in which they believe. Then vote down impeachment a second time and leave Pelosi 0-2 in her collisions with President and Citizen Trump.