The Enduring Face of the Fake Right 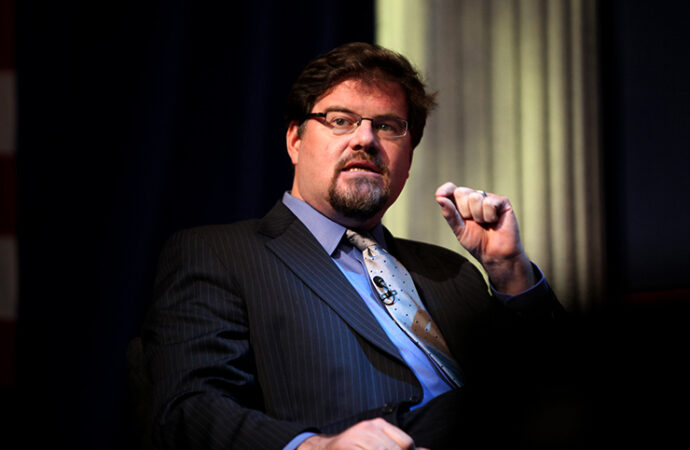 It is hard to understand the continued presence of Jonah Goldberg as a conservative icon. Goldberg has the right to criticize Trump, yet he has turned himself into a nonstop Trump-hating machine, who manages to condemn anyone who still defends the president as a lunatic or criminal.

Nietzsche once said mischievously that a good war may justify any cause; for neoconservatives such as Goldberg, Steve Hayes, and David French at The Dispatch, it seems that any stick may be useful if it can be used to beat Trump. If memory serves, Goldberg was among the first to announce that Trump was “stealing” the election, after claiming that he deservedly lost it.

Most recently Goldberg has gone after Sen. Ted Cruz as a lackey of Trump’s, noting Cruz’s reservations about opening the country to Chinese dissenters. Both Cruz and Trump have expressed concern that our excessive hospitality could lead to opening the country to a flood of immigrants at a time when the U.S. is hurting economically.

This all confirms something that has seemed obvious to me for decades and highlights what contributors to The Vanishing Tradition recounted in detail. The establishment Conservative Inc. happily expels members for right-wing deviation, even helping to destroy a right-wing target professionally, as in the case of the Southern literary scholar M. E. Bradford. Yet it never expels anyone who makes a leftist fool of himself. Thus Con Inc. has clung to Obamacons, Trump-haters, and LGBT activists.

Con Inc. has also never found a way of dealing with nutjobs on the left. It is therefore now stuck with the mouthy, fatuous Jonah, who still swaggers in his seat on Fox News, while Bret Baier and other news anchors overwhelm him with good will.

In the case of Goldberg, I have no idea what ever qualified him as a “conservative,” other than his tendency to identify himself on election off-years with centrist Republicans, who are sensitive to immigration and sexual identity issues. That, and the fact that Jonah’s mother outed Bill Clinton’s relationship with Monica Lewinsky.

Perhaps I am grasping at straws to make sense of what I have trouble understanding, namely the fabulous career that the conservative movement has made available to Lucianne Goldberg’s not very bright son, and whom it continues to favor even after he has become an embarrassment. No, I am not overlooking Jonah’s supposed piece of scholarship, Liberal Fascism (2009), which is a GOP screed ridiculously advertised as a study about a dangerous political movement that has traveled from Hitler to Hillary Clinton. As a scholar of fascism, let me assure my readers that Jonah’s tome is among the worst books ever produced on that subject.

This leads back to my initial reflections about why Con Inc. has no tradition of expelling vocal left-wingers who enjoy its patronage. Neoconservative leftists such as Bill Kristol, Jennifer Rubin, Max Boot, David Frum, etc., all hung around Con Inc. halls of power until they decided to rebrand themselves as something other than conservatives. Gradually these luminaries grew tired of assuming a fictitious right-of-center identity, even if the leaders of the movement they left may well have regretted their loss.

In my considered view, the conservative establishment puts up with and even celebrates faux conservatives like Goldberg because they represent the general course the movement is already on. Media conservatives are trying to impress not very conservative sponsors, who may loathe Trump every bit as much as they care about the defense industry and other economic interests. In many cases conservative publicists are also interested in pleasing the liberal establishment, with which they hope to establish useful professional relations. Jonah does not offend these interests, unlike those unlucky few who take a hard line on immigration, gay rights, or some other unfashionable issue.

Even after having pointed out the obvious, I remain intrigued by the movement’s tendency to treat Jonah with gushing respect. But perhaps there is more to the story than has been thus far revealed. The unmistakably leftist local newspaper in my Pennsylvania town features Jonah as its token “conservative” columnist, an honor that the Chicago Tribune, Los Angeles Times, and other newspapers across the country have bestowed on him. If I were on the left and looking for a token “conservative,” I too would pick Jonah as a perfect fit, along with perhaps David Brooks and Ross Douthat. Why choose someone more difficult when your readers can be feasting their eyes on columnists who mostly agree with the paper’s left-of-center editors? But Jonah also enjoys the favors of the Murdoch empire: He is regularly syndicated in the New York Post and maintains a very conspicuous presence on Fox News. This makes me think that he and other members of Con Inc. are forever in clover unless they go to the dark side, which is of course the right.