Limited Government is Not ‘Reckless Radicalism’ 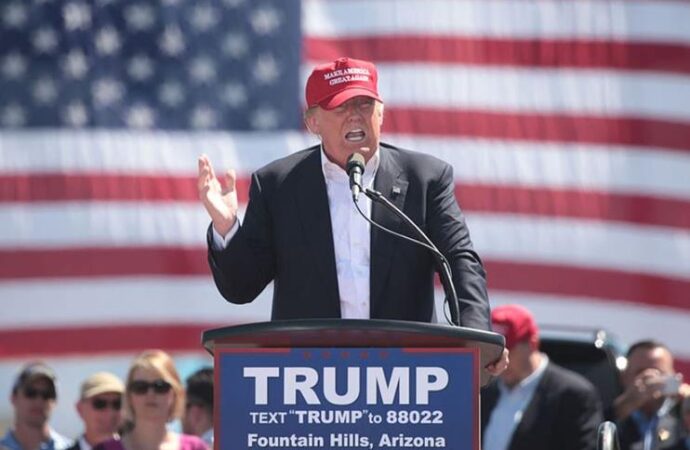 With Inauguration Day behind us, ink spilled on politics is being diverted from Donald Trump and the transition of power to Joe Biden and the exercise of power. One such piece by Jeffrey D. Sachs over at CNN takes a rather disingenuous approach to this theme, calling a small government approach “reckless radicalism.”

Rather than discussing Biden’s path to citizenship for illegal immigrants or $1.9 trillion stimulus proposal, Sachs breaks down what his headline calls “Biden’s Ronald Reagan Problem.”

President-elect Joe Biden is inheriting a national crisis that has built up over 40 years. On January 20, 1981, former President Ronald Reagan took the US on a radical course when he declared in his inaugural address, ‘In the present crisis, government is not the solution to our problem; government is the problem.’ He set out to weaken the federal government by slashing taxes on the rich, dismantling regulations, cutting back on public programs and turning many of the nation’s problems back to the states.’

Sachs goes on to accuse Trump of operating in the same vein as the Gipper by “passing massive tax cuts in 2017, and then when calamity hit with Covid-19 in 2020, placing the burden of response on the states.”

What Sachs deems “reckless radicalism” is a small government approach that honors the 10th Amendment and federalism, and which allows the free enterprise system to function.

But this is the problem of our contemporary political discourse. Positions held by most Americans up until a few years ago, now displease Sachs, and other intellectuals as radical. Our First Amendment rights are trampled if we are told that it saves us from COVID, and our Second Amendment rights have long been under assault.

The 10th Amendment and its reservation of powers to the states—what we know as federalism—are oft ignored by the federal government. Sachs’ piece continues the tradition of attempting to delegitimize the federalist system by pointing out that Southern states resisted the civil rights movement. But he doesn’t stop there.

Sachs argues that since the “White working-class voters” of the South shifted to voting for Nixon, Reagan, and other Republicans after federal intervention in the Civil Rights movement, promises to “cutback the enforcement powers of the federal government and stop federal programs on jobs, housing and community development” constitute an enabling of segregation.

When someone is ignorant of history, it is likely unfair to expect him to appreciate the nuances and benefits of a federalist system in which power is shared between distinct levels of government.

Trump had no right, and little constitutional power, to enforce a nationwide response to the COVID-19 pandemic. Besides, what is good for New York City is not the same as what is good for Billings, Montana, and what works in Billings or New York may not be good for Dallas, Texas. It is contradictory, but not surprising, that members of the liberal elite decried Trump as a dictator while demanding that he act like one. The question for them was not one of whether absolute power is a good or bad thing, but merely in how that power ought to be exercised.

Sachs goes on to decry tax cuts that are not accompanied by equal or greater cuts in federal spending. In this he is quite right; however the problem is not in the tax cuts, but in the ever-growing leviathan that is a federal government constantly trying to play God.

These numbers are inflation adjusted to 2012 dollars, and the data is easily and publicly available from the White House Office of Budget and Management in table 1.3.

The United States was still a thriving, growing country in the 1950s, 60s, and 70s, despite the federal government not holding every citizen’s hand from the cradle to the grave. We engaged in numerous overseas military conflicts prior to 1974 as well, so it cannot be the War on Terror that bankrupted this country.

Our present fiscal and political instability has not resulted from tax cuts or the federalist system. It has come from handouts based on political grandstanding. It has also been affected by the inflammatory rhetoric issuing from Sachs and others who smear anyone who does not rally to the newest “woke” government program as a reckless radical.