Coexistence or Cold War with China? 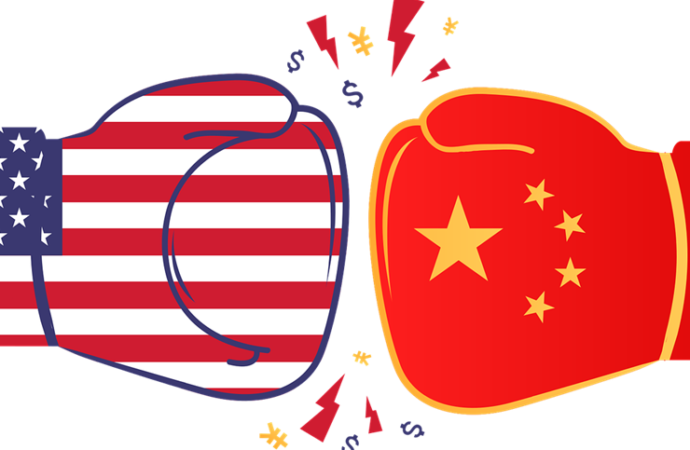 “The United States acknowledges that all Chinese on either side of the Taiwan Strait maintain there is but one China and that Taiwan is a part of China. The United States… does not challenge that position.” Thus did President Nixon, in the Shanghai Communique of 1972, accept China’s territorial claim to the island of Taiwan. In 1979, Jimmy Carter severed relations with Taiwan, recognized Beijing as the legitimate government, and dissolved the U.S. mutual security treaty with the Republic of China on Taiwan. We ceased to be obligated to go to war to defend Taiwan.

Fast-forward four decades to the first weekend of President Joe Biden’s administration. Saturday, China sent eight nuclear-capable bombers and four fighter planes into the air defense identification zone of Taiwan. Sunday, Beijing sent 16 military aircraft into the same region. Observing U.S. arms sales to Taiwan and visits by U.S. officials, China is issuing us a reminder: “You Americans are encouraging those on the island who seek independence. Not going to happen. Rather than let Taiwan go, we will fight. Taiwan is a part of China and is a red line for us.”

Beijing is said to be seeking a face-to-face meeting with Biden. Why? Perhaps because incoming Secretary of State Antony Blinken in his confirmation hearings said that President Donald Trump “was right” to take a “tougher approach to China.” Blinken also agreed with outgoing Secretary Mike Pompeo, who had called China’s treatment of its Uighur minority “genocide,” and added that our commitment to Taiwan is “something that we hold to very strongly.”

Under Xi Jinping, said Blinken, China seeks to “become the leading country in the world—the country that sets the norms, that sets the standards.” In short, China’s geostrategic goal is to replace the U.S.-created world order with a new world order of its own. Before we proceed further down this road to collision, questions need to be answered.

To whom does Taiwan belong? If the answer is what it has been since 1972—”Taiwan is a part of China”—then is not encouraging the 25 million Taiwanese to seek independence an “incitement to insurrection” from Beijing’s standpoint? And if China uses force to compel Taiwan to repudiate any right to independence, are we prepared to fight a war with a nuclear-armed China over the island’s political status and orientation?

Now, Xi Jinping has bluntly told America that how China treats Tibetans, Uighurs, Christians, and Falun Gong, all citizens of China, is no more the business of the United States than was our treatment of the indigenous peoples of North America the business of Imperial China.

China’s model of political and economic development has enjoyed success in this century as an alternative to the Western model of liberal democracy. Beijing does not believe in untrammeled freedom of religion, or of speech, or of the press. She does not believe in choosing leaders by the ballot box.

While China steals intellectual property from U.S. factories in China, who moved the factories there to take advantage of cheap labor where a worker could be hired for $2 an hour?

Beijing says any attempt to impose our “universal values” on China would amount to interference in her internal affairs. And any attempt to sever from Beijing her jurisdiction over Taiwan or the Spratly or Paracel Islands in the South China Sea will be resisted by force.

Moreover, as none of the disputed rocks and reefs in the South and East China Seas involves any territory claimed by the U.S., and we have conceded for 50 years that Taiwan is “part of China,” why are we sending carrier battle groups into these seas and through the Taiwan Strait? What are we threatening?

On Sunday, a U.S. aircraft carrier battle group, led by the USS Theodore Roosevelt sailed into the South China Sea on a “freedom of navigation” exercise, the first such operation under President Biden. This was the same day that those Chinese bombers and fighters flew into Taiwan’s air identification zone. We need to talk.