Biden’s America: One Nation or Us Versus Them? 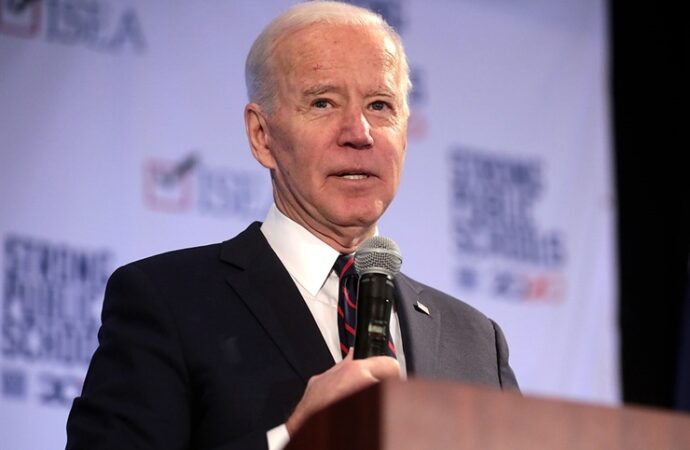 “We have met the enemy and he is us,” said Walt Kelly’s cartoon character Pogo, half a century ago, about what we Americans were doing to our environment. Rereading President Joe Biden’s inaugural address, Pogo’s remark comes to mind.

Biden began on a lofty, hopeful and familiar note: “This is a great nation. We are a good people.” He ended in the same vein: “So, with purpose and resolve, we turn to those tasks of our time. Sustained by faith. Driven by conviction. And, devoted to one another and the country we love with all our hearts.”

Within the address itself, however, Biden recited what he believes to be the historic crimes of the nation and the sins of the soul that torment a considerable portion of our population. Among the afflictions from which America suffers, said Biden, are “political extremism, white supremacy,” and “domestic terrorism.”

How do we overcome these evils? Said Biden, “Unity is the path.” But how can good Americans unite with white supremacists and domestic terrorists? Ought we not separate ourselves and do battle with them? And who exactly are they?

Surely, among the enemy is the mob that invaded and trashed the Capitol on Jan. 6. But what of the hundreds of thousands who came out for Trump rallies? What of the 75 million who voted for Donald Trump? Are all the deplorables outside the company of the saved? Are they, as Hillary Clinton once said of them, “irredeemable”?

“Today, we celebrate the triumph not of a candidate but of a cause,” said Biden, “the cause of democracy.” The clear implication here is that a victory for Trump on Nov. 3, would have been a defeat for democracy. How unifying is that?

“Today, on this January day,” said Biden, “my whole soul is in this: Bringing America together. Uniting our people. And uniting our nation. I ask every American to join me in this cause.”

He then enumerated the characteristics of our enemy: “Anger, resentment, and hatred. Extremism, violence, and lawlessness.” Yet, on inauguration night, antifa mobs attacked the Democratic Party headquarters in Portland and torched American flags in Seattle, the same kind of left-wing mobs that gave us a long hot summer of rioting, looting, and arson after the death in Minneapolis of George Floyd. Has Biden ever condemned by name these mobs the way he did the mob that invaded the Capitol on Jan. 6?

Biden went on to describe U.S. history as he sees it, as a long Manichaean struggle for the soul of America. “The forces that divide us are deep and they are real. … Our history has been a constant struggle between the American ideal that we are all created equal and the other harsh, ugly reality that racism, nativism, fear, and demonization have long torn us apart.”

But if our history has been an endless struggle against racism, nativism, and demagoguery, and today’s struggle is against rampant anger, resentment, hatred, extremism, violence, and lawlessness, as well as “white supremacists and domestic terrorists,” how can we credibly call ourselves a “great nation” and “good people”?

While Biden identifies the demonic character of the enemy, he does not name them. Who are they? How can we defeat them if the president will not identify them? And if they are evil and we are good, then why should we unite with them rather than ostracize and crush them?

In Joe’s depiction: “We can see each other not as adversaries but as neighbors. We can treat each other with dignity and respect. We can join forces, stop the shouting and lower the temperature. For without unity, there is no peace only bitterness and fury.” But is “fury” not a legitimate attribute of those fighting the hateful enemies Biden describes?

“Today in this time and place, let’s start afresh. All of us. Let’s begin to listen to one another again. Hear one another. See one another. Show respect for one another.” This call to unity is followed by another call, to “reject the culture in which facts themselves are manipulated and even manufactured.”

After this, Biden went off on a tear against mendacity. “Recent weeks and months have taught us a painful lesson. There is truth and there are lies. Lies told for power and for profit.” All our leaders have a duty and responsibility “to defend the truth and defeat the lies.” But who are the liars? And if we are to do battle against the liars, why did Biden declare a minute later: “We must end this uncivil war.”

It was said of Warren Harding’s inaugural address that it was “an army of pompous phrases marching across the landscape in search of an idea.” Joe Biden’s inaugural was the most confusing, contradictory, and incoherent ever delivered from the steps of the Capitol, reflective of the mind of its author and the state of the Union he now leads.

Good luck, Mr. President. You will need it, and so will we.