What the Editors are Reading: ‘Our Man: Richard Holbrooke’ 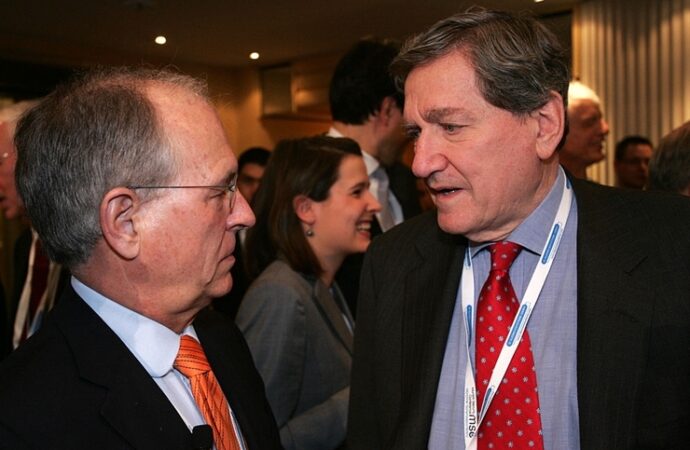 Richard Holbrooke was the most shameless self-promoter in Washington D.C., a town that specialized in self-promotion, as George Packer writes in Our Man: Richard Holbrooke and the End of the American Century. He was a social climber par excellence, a sycophant who embarrassed Barack Obama with his flattery to such an extent that he was banned from the Oval Office, and a maniacally hard worker whose heart literally exploded with a ruptured aorta in Hillary Clinton’s office while she was Secretary of State.

Holbrooke was also a slob who would take off his shoes and place his enormous, sweaty feet on one’s desk, and who competed with his son to see who could pass more wind in front of others. He was a Jew who attempted to pass as a Christian until cooler heads prevailed on him that his dissemblance would hurt his career. He was treacherous when it came to women, pleading with the wife of his best friend to run off with him while he was also very much married. He was an absent father whose idea of a perfect evening was one spent with Pamela Harriman, a woman whose closest collaborators admitted “she cared only about money and men who could provide it.”

“Our Man” was probably the most ambitious character I have ever read about, and ambition seen up close is a very ugly thing. Yet, despite being such a monster, Holbrooke saw geopolitical situations clearly as a diplomat in Vietnam and Afghanistan. His caution against intervention was not listened to by either LBJ or Obama. In fact, they did the opposite and upped the price by sending in thousands of more troops, with disastrous results.

Holbrooke’s fans, and they are very few, claim his signing of the Dayton Accords, ending the Balkan wars, was his apotheosis. I disagree wholeheartedly, but that’s what he will be remembered for. What amused me most in Packer’s book were the author’s catty remarks about the personal habits of many people I knew, for example, Henry Cabot Lodge Jr. when he was ambassador in Saigon. Packer was born a plebeian and Cabot Lodge a patrician, and it shows in the text. In the same vein, he skewers Holbrooke’s third wife, Kati Marton. But people with very sharp elbows like Holbrooke do not end up with Penelopes, but shrewed Circes.

Still, “Our Man” served his country well and, but for his personal failings, he could not have served it better.