There Is a More Beautiful Melody Than Fear 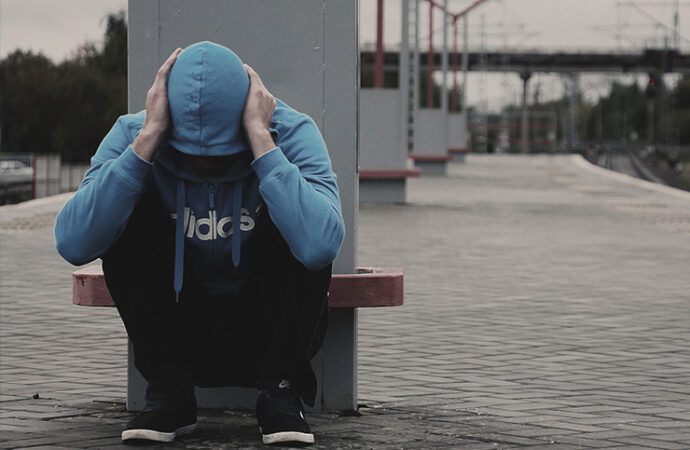 “Why Is All COVID-19 News Bad News?” is a working paper by Bruce Sacerdote, Ranjan Sehgal, and Molly Cook recently published by the National Bureau of Economic Research (NBER).

The authors found that media coverage of COVID-19 has been much more negative in the U.S. than in international media. They found, “Ninety one percent of stories by U.S. major media outlets are negative in tone versus fifty four percent for non-U.S. major sources and sixty five percent for scientific journals.”

COVID-19 is a serious matter, but that doesn’t explain the negativity. The authors found, “Media negativity is unresponsive to changing trends in new COVID-19 cases or the political leanings of the audience.” Fox News is almost negative as CNN. “Stories of increasing COVID-19 cases outnumber stories of decreasing cases by a factor of 5.5 even during periods when new cases are declining.” Media coverage has been impervious to good news.

News stories are negative because so many of us have a negative mindset. People seek stories of hopelessness because stories of despair reflect their state of mind. Many don’t want their fearful mindsets to be interrupted.

Being attracted to negativity is not a recent phenomenon. The reasons why the fear response in 2020 has been stronger than usual merit our serious consideration.

Have you noticed how much more an adverse event affects you than a positive event? In their journal article “Negativity Bias, Negativity Dominance, and Contagion,” Paul Rozin and Edward B. Royzman report on the well-researched principle of negativity bias, “In most situations, negative events are more salient, potent, dominant in combinations, and generally efficacious than positive events.”

“Bad emotions, bad parents, and bad feedback have more impact than good ones, and bad information is processed more thoroughly than good… Bad impressions and bad stereotypes are quicker to form and more resistant to disconfirmation than good ones.”

No wonder many are drawn to and seem hypnotized by negative COVID-19 news. Baumeister and coauthors write, “Events that are negatively valenced (e.g., losing money, being abandoned by friends, and receiving criticism) will have a greater impact on the individual than positively valenced events of the same type (e.g., winning money, gaining friends, and receiving praise).”

There has been hopeful news about COVID-19; mortality rates are low among not at-risk populations. Yet, when those not at-risk project their existential fear of death onto COVID-19, fear will remain strong.

You won’t be able to think your way out of a negative spiral. The rational part of your brain takes a back seat to negativity. In their book The Power of Bad, Roy Baumeister and John Tierney write, “Research tracking workers’ moods during the day shows that a setback has between two and five times as much emotional impact as a positive event. Emotions make us less rational, and therefore more susceptible to the power of bad.”

And once you’re primed to focus on the negative, your mind keeps looking that way in the future. Baumeister and Tierney give this example:

“If, say, they’re given identical weather forecasts for London and Madrid, a 10 percent chance of rain in each city, they’ll typically think it’s more likely to rain in London. It makes no sense mathematically, but the rain seems likelier in London because it’s easier to envision wet weather in England than in Spain. The more familiar a scenario is—the more images of it that we’ve seen or imagined—the more likely it seems.

What about seeking positive news online? Negativity bias will likely hijack your attention to focus on negative information:

“People planning a vacation spend more time studying negative reviews and are more influenced by them than by positive reviews, and people are swayed even by negative reviews that don’t identify any specific problem. An analysis of sales trends at Amazon and Barnes & Noble revealed the familiar negativity effect for both fiction and nonfiction books: A 1-star review did more to hurt sales than a 5-star review did to boost sales.”

In Thinking, Fast and Slow, Daniel Kahneman observes, “We all know that a friendship that may take years to develop can be ruined by a single action.”

Rozin and Royzman put it this way: “One of the best generic descriptions of this relative power of negative contamination is embedded in an age-old Russian adage: ‘A spoonful of tar can spoil a barrel of honey, but a spoonful of honey does nothing for a barrel of tar.’”

There are asymmetries in building and destroying social norms and institutions. In his essay “Individualism: True and False,” Friedrich Hayek warns, “While it may not be difficult to destroy the spontaneous formations which are indispensable bases of a free civilization, it may be beyond our power deliberately to reconstruct such a civilization once these foundations are destroyed.” Corrosion of the rule of law during COVID-19 will not be easily reconstructed in the post-COVID era.

Why were our reactions so much more negative during 2020 than during the 1968 pandemic or the 1957 pandemic?

Robert Prechter might be one of the most important thinkers whose work on social moods you may not have encountered. His socionomics (not socioeconomics) theory has some answers that explain why the reaction to COVID-19 has been so different from past pandemics and why the NBER study found people are demanding negative news stories.

In his book The Wave Principle of Human Social Behavior and the New Science of Socionomics, Prechter explores his hypothesis that it is endogenous mass psychology, social mood, that governs events. Prechter theorizes that the “trends and extent” of social mood help “determine the character of social action, including the economic, political and cultural.” To argue, as we typically do that events drive mood, Prechter explains, is to confuse cause and effect.

Surely, some may reason, 2020 has been a year of despair because of unexpected, exogenous events. People have died from COVID-19. Public policies intended to mitigate COVID-19 have undermined well-being. To argue that feelings of despair set the conditions for both negative news bias and support for draconian policies imposed by politicians might seem disorienting.

In their 2007 Journal of Behavioral Finance article “The Financial/Economic Dichotomy in Social Behavioral Dynamics: The Socionomic Perspective,” Prechter, with his colleague Wayne Parker, explains how the basic human impulse of herding is at work. They write, “Under conditions of uncertainty, people tend to herd.” This herding is “unconscious, non-rational,” and “follows endogenously regulated fluctuations in social mood.”

What does that have to do with me? I’m rational, I don’t herd, you might think.

In The Wave Principle of Human Social Behavior, Prechter explains why you may avoid herding but the vast majority won’t:

“In general, social mood change need not necessarily involve every individual. A person is drawn into the unconscious, unreasoning, psychologically interdependent social dynamic when he allows himself to be influenced primarily by the emotional state of others rather than by independent research, adequate knowledge and other rationality. Most people are too busy and unmotivated to fulfill such a tall order. Even those committed to rationality find these requirements difficult to fulfill even in tailor-made situations and impossible to fulfill in all situations.”

Don’t underestimate, Prechter writes, “the [power of the] sum of people’s shared impulses,” to overwhelm “the power of logical yet often conflicting entreaties from various individuals.”

Prechter explores how emotions are governed by the more primitive limbic system of the human brain. He explains the limbic system wants what it wants now. In contrast, the rational part of the brain, the neocortex “plans in terms of achieving long-range values” and needs “time to mull over what is going on or what the consequences of the action will be.”

Prechter explains that the emotive limbic system can disarm the rational neocortex. Further he explains, challenges to “the limbic system’s feelings… are typically met with fierce resistance, even if that challenge comes from reality itself.” Prechter advises us not to underestimate the “power and speed” of the limbic system.

Fear will produce powerful emotions demanding we be protected from COVID-19 at any cost. Even in the face of evidence of economic destruction, herding will generate continued support for lockdowns. Due to negativity bias, the aversion to getting sick is much more compelling than a positive vision of a robust economy accompanied by individuals taking steps to boost their immune system while also protecting the most vulnerable members of society.

If the social mood is waning, Americans will be more susceptible to beguiling nonsense from authoritarian and hypocritical politicians. Lessons from Greek mythology might offer a lifeline.

In Greek mythology, the Sirens would lure sailors to doom with their beguiling songs. Unable to resist the call, sailors would crash on rocky coastlines.

Odysseus resisted temptation by ordering his crew to stuff their ears with beeswax and tie him to the mast. No matter how hard he begged, Odysseus instructed his crew to ignore his pleas. The crew did, and Odysseus’s ship avoided the Sirens’ call.

As effectively, Orpheus saved Jason and the Argonauts’ ship by composing an even more beautiful melody. Faced with an attractive alternative, the Sirens had no power.

When we no longer view ourselves as victims of external events, we take more responsibility and act accordingly.

Tying America to the mast would mean returning to the limited government envisioned by the Founding Fathers. Gene Healy, in his book The Cult of the Presidency, explains, “When the president raises the battle cry, he can usually count on substantial numbers of American opinion leaders to cheer him on.” Healy wrote his book before COVID-19, but his work and the work of Robert Higgs explain why government expands during every crisis.

A more beautiful melody would be the songs of liberty that remind us how human beings flourish and what free people can achieve. Such songs must be plentiful and unforgettable, or the sirens’ calls of authoritarians will rule the day during a social mood winter.