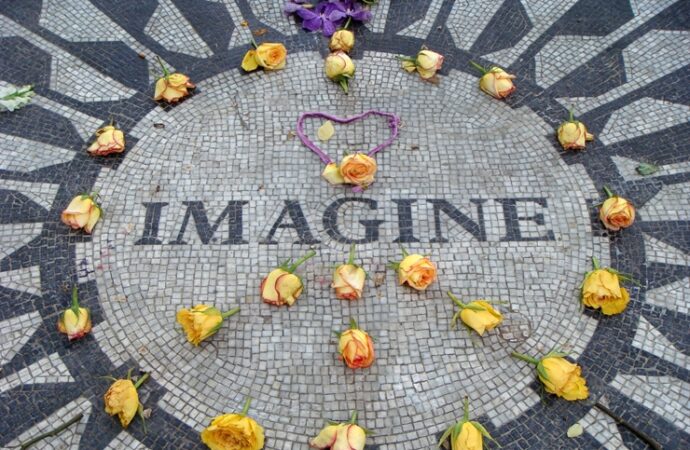 Attempts to erase or denigrate our country’s past are now routine. Men and women once regarded as heroes and great Americans are regularly attacked as racists, sexists, and capitalists, their statues of remembrance removed in the popular sport of statue-toppling.

Sadly, such contempt for our past and for America’s ideals was likely birthed in our high schools and colleges, where students learned little about the founders of our country and those who have built it into a nation over the last 250 years. Now those students have entered our government, and soon they may well be running the entire show.

The efforts of these people to abolish our history brought to mind a question: Will our national anthem also pass the way of the statuary of Robert E. Lee, Theodore Roosevelt, and Christopher Columbus? Some Americans kneel when the anthem is played at sports contests. How much longer before we ditch it altogether?

Our national anthem celebrates the Star-Spangled Banner, is set during a war, speaks of “the land of the free and the home of the brave,” and contains the line, “In God is our trust.” For some of us, when we hear this anthem, with our hands over our hearts while we face the flag, we find inspiration and take pride in our country. For others, these words doubtless cause such consternation and so grate on the nerves that they would eradicate the anthem in a heartbeat.

I then wondered: What song might these extremists put in the anthem’s place?

Yes, Lennon was a Brit, but he later received his Green Card allowing him permanent residency in the United States and was murdered before he could apply for U.S. citizenship. So that should in no way disqualify “Imagine.”

Why choose “Imagine”? Because the lyrics to this seductive tune perfectly echo the beliefs of today’s Left.

Look at the first verse:

Imagine there’s no heaven
It’s easy if you try
No hell below us
Above us, only sky

This rejection of heaven and hell comes not only from leftist groups like Antifa, but from progressives in general. In his 2019 online article “Three Decades Ago, America Lost Its Religion. Why?” Derek Thompson of The Atlantic gives statistical evidence of the growing differences in religious faith between liberals who label themselves as “not religious” and conservatives who are believers. Thompson then writes, “Religion has lost its halo effect in the past three decades, not because science drove God from the public square, but rather because politics did. In the 21st century, ‘not religious’ has become a specific American identity—one that distinguishes secular, liberal whites from the conservative, evangelical right.”

Here’s another verse that should appeal to the Left:

Imagine there’s no countries
It isn’t hard to do
Nothing to kill or die for
And no religion, too

If the more radical Democrats have their hands on the helm of the ship of state for the next four years, we can expect continued attempts to weaken our country and its people’s religious practices. As for dying, I can think of several things worth the price of my life: my faith, my family, my friends, liberty, and my country (if it remains my country). Can the same be said for radicals on the Left?

Then come these lines:

Here are sentiments that should appeal to the young, especially that part about “a brotherhood of man,” despite the politically incorrect use of “brotherhood” and “man.” Belonging to a group is important to many of them, and having a cause gives them a reason for getting out of bed every morning. What cause could be greater than “the people”?

On the other hand, conservatives and curmudgeons of all political stripes recognize the vital connection between private property and liberty. Even if we’ve never read John Locke, we all recognize the truth that “no one ought to harm another in his life, health, liberty, or possessions….”

The chorus to “Imagine” also appeals to the sentiments of the young:

You may say I’m a dreamer
But Im not the only one
I hope someday you’ll join us
And the world will be as one.

Ah, dreamers. Who can cast stones at dreamers?

T.E. Lawrence, known more popularly as Lawrence of Arabia, could and did. He wrote, “Those who dream by night in the dusty recesses of their minds wake in the day to find that it was vanity; but the dreamers of the day are dangerous men, for they may act their dream with open eyes, and make it possible.”

Today many men and women are acting out their dreams of power with open eyes, and intend to make the philosophy of “Imagine” a horrific reality. Despite the failures of socialism and communism in the last century, including the ongoing devastation in countries like North Korea and Venezuela, and the dictatorial policies of the Chinese Communist Party, these American radicals are “dreamers of the day.”

Will the day come when they take aim at the national anthem?