Footprints in the Snow: The Burgling of America 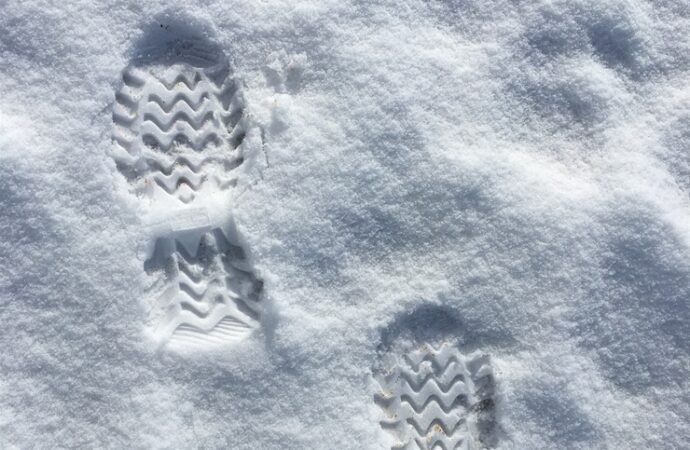 Roughly twenty years ago, a man in Asheville, North Carolina left his home in the wee hours of the morning, walked a couple of blocks to a convenience store, burglarized the store, and returned home with his loot.

Unfortunately for our thief, snow had blanketed the city earlier that night. After responding to the burglary call, the police simply followed the man’s footprints to his house and arrested him.

Today we are seeing this scenario play out on a grander scale.

Because of a pandemic with a death rate of less than two percent, some of our mayors and governors have stolen millions of Americans’ livelihoods and businesses. By their closure of schools and churches, they have also stolen the futures of our young people, particularly the underprivileged, and have taken the solace of faith from many.

For months now, these politicians and so-called experts have demanded we wear masks, thereby stealing a part of our humanity. In conjunction with certain big tech companies, they are quashing our freedom of speech.

And now comes the greatest heist in American history: our stolen presidential election.

More damning proof that the election was stolen comes from the always astute Andrea Widburg at American Thinker. Reading Widburg’s commentary on how few counties Joe Biden won compared to Barack Obama in his 2008 and 2012 victories, one realizes that the numbers just don’t add up.

These thieves have left footprints in the snow, but many of our politicians and bureaucrats, our mainstream media, and our courts want us to ignore those footprints, urging us to instead accept the results of this election and get on with our lives. With the exception of the people complicit in this thievery, they either fail to comprehend or choose to deliberately ignore the stakes in play. Yet if we permit these thieves to get away with this wanton act, they aren’t just stealing an election. They’re stealing our country.

Regarding this theft, our political differences should not matter a whit. For the sake of our country and our Constitution, Republicans, Democrats, and independents should be clamoring for justice.

Suppose you were Joe Biden and you were entering the White House under suspicion of fraud. Would you not demand a recount in contested states to confirm the validity of your election? Or suppose you were a member of Congress or of a state legislature in a contested state. Wouldn’t you want the possibility of potential theft ruled out entirely, thereby restoring voter confidence and confidence in the integrity of your state’s elections?

These footprints in the snow remain visible, but the police who might follow the thieves’ trail and make the arrest are, for the most part, missing in action.

So what can we do?

First, we must make certain those footprints in the snow don’t melt away. We must keep them fresh in our minds, always remembering the mistakes, lies, and chicanery exhibited by some of our leaders these last ten months, and we must find ways to resist their tyranny. We can seek inspiration from other brave Americans, from the Founding Fathers to Martin Luther King, Jr., each of whom fought against oppression and risked everything, including their very lives, for our liberties and God-given rights. Whenever possible, we should protest against the closures of restaurants and schools and demonstrate against government programs inimical to our American freedoms.

Like those heroes, we should resist, in whatever ways we can, the cultural imperialism of the radical left. Rather than submitting to the indoctrination prevalent in some of our public schools and universities, we should teach our children at home and encourage them to attend colleges that still value academic freedom. We should forge alliances by sharing our beliefs with open-minded family and friends. We should volunteer to work for local candidates who share our values.

By whatever means possible, let us celebrate our love of liberty, of our God given rights, and of our country.

Most of all, we must never lose hope. We can live without the material luxuries of life, but we cannot live without hope. Despair and defeat go hand-in-hand, while hope and endurance are the companions-in-arms of victory.

Let’s keep the faith, dear readers, and lift a glass to America and the New Year!