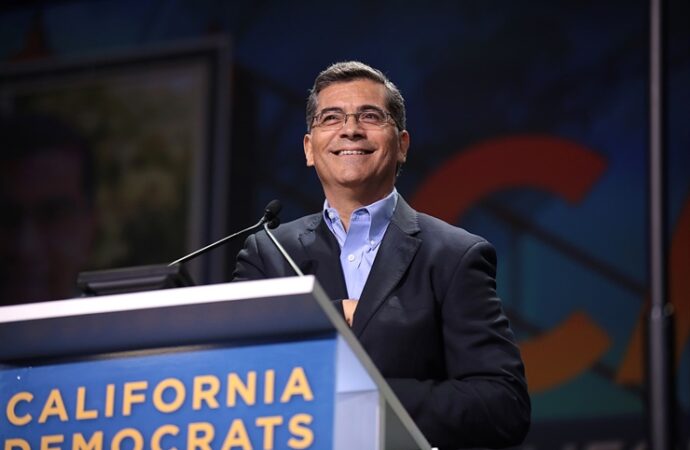 One of the more interesting picks on Joe Biden’s team of health officials is California Attorney General Xavier Becerra, the nominee for Secretary of Health and Human Services.

Becerra has little to no professional experience with health care or infectious diseases. A lawyer long-entrenched in politics and public administration, his background suggests the role of compliance officer enforcing COVID-19 pandemic policies upon unwilling Americans, rather than someone helping craft health-related policies. Indeed, Becerra’s ability to uphold a variety of progressive healthcare shibboleths has been well demonstrated during his career.

Becerra is probably most famous for bringing 15 felony charges against the pro-life activists at the Center for Medical Progress who surreptitiously recorded conversations with Planned Parenthood officials. The initial charges were dismissed for being too vague, but Becerra refiled, and the case continuesto this day, with David Daleiden (the Center’s founder) filing suit against both Becerra and his predecessor, Kamala Harris, for conspiring to violate his civil rights. Such a suit makes more sense when one realizes that Becerra received 100 percent ratings from both Planned Parenthood and NARAL during his time in Congress, and voted against instituting penalties against people who preform sex-selective abortions.

Between his 18 years in the House and his time as California’s attorney general, Becerra is reportedly very proud of the role he played in ushering Obamacare through Congress, and in defending it from the Trump administration’s attempts to overturn the law. His opposition to any cuts to Social Security and Medicaid benefits is also longstanding.

Becerra’s professional track record, along with the fact that he was also considered a leading candidate for either U.S. Attorney General or Secretary of Homeland Security, seem to make it unlikely he will add value in creating pandemic policies. The other positions he was considered for hardly seem to have overlapping qualifications with Health and Human Services. As such, his service may end up looking more like a second attorney general. Be it nationwide mask mandates, shutdowns, or the administration of privileges based on vaccination status, public health officials may face an unprecedented need for enforcement of their policies during a COVID-19 Biden administration. Becerra seems well suited to head up such an enforcement effort.

Becerra will join other familiar faces, including Dr. Anthony Fauci, who will remain as director of the National Institute of Allergy and Infectious Diseases, while also taking on the added role of chief medical adviser to the president on COVID-19, CNN reports. Meanwhile, Dr. Vivek Murthy, who previously served as U.S. Surgeon General for two-and-a-half years at the end of the Obama administration and beginning of the Trump administration, is slated for a return to the position he was removed from in late April 2017.

This last addition could pose an interesting dilemma in a Biden administration that promises nationwide lockdowns. While Biden, Harris, Becerra and others appear to support the shuttering of schools and businesses, Murthy has a track record of being quite outspoken on the problem of loneliness. This occurred way back in 2017, long before the pandemic. More recently, Murthy labeled loneliness an epidemic affecting Americans, noting that there are many health consequences of long-term loneliness:

The problem is when loneliness persists for a long period of time. And when it is chronic, then we enter into a chronic stress state. And that is what has dramatically consequential impacts on our health. Because in chronic stress, we also increase our levels of inflammation in the body, which damage tissues and blood vessels and increase our risk for heart disease and other chronic illnesses.

Thus, while Becerra’s appointment seems designed to enforce each and every progressive wish-list item that a Biden pandemic response team might seek to roll out, Murthy may provide a needed touch of restraint. Otherwise, Americans should prepare for the possibility of several additional months in which their way of life and the American economy are completely smothered by the government.