What Trump Will Leave in Biden’s Inbox 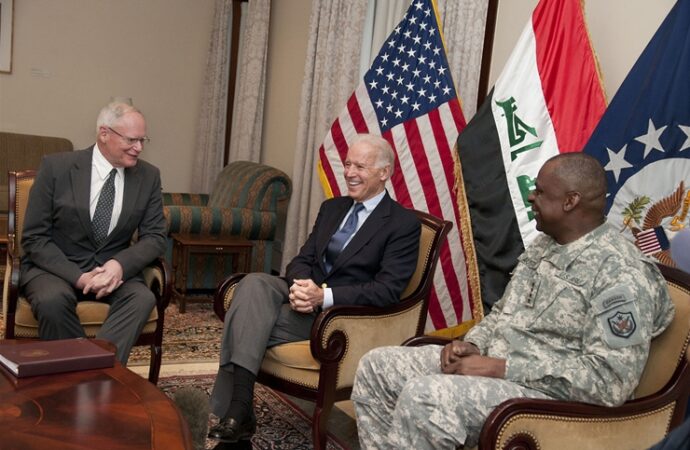 Dismissing President Donald Trump’s claim that the 2020 election remains undecided, Joe Biden has begun to name his national security team. Right now, it looks Democratic establishment all the way. Antony Blinken, a longtime foreign policy aide, is Biden’s choice for secretary of state. Jake Sullivan, one of Hillary Clinton’s closest aides, is said to be his choice for national security adviser.

Biden’s urgency in naming his foreign policy team is understandable. For if his election is confirmed by the Electoral College, then he will find himself on Jan. 20 with a lineup of foreign policy crises.

First is Afghanistan. While a Beltway battle has erupted over the wisdom of Trump’s decision to cut in half, to 2,500, the number of U.S. troops in Afghanistan by Jan. 15, no one denies the risk this entails for the besieged pro-American government in Kabul. Ex-Ambassador to Afghanistan and Pakistan Ryan Crocker summed it up Friday before the House Armed Services Committee: “The worst thing we can do is what we are doing. … Basically telling the Taliban, ‘You win. We lose. Let’s dress this up as best we can.'” America “is waving the white flag” of surrender, said Crocker.

Saturday, a barrage of rockets slammed into the Green Zone of Kabul where many embassies are located, killing eight and wounding two dozen. The Islamic State claimed responsibility.

As President Biden is not going to send fresh regiments of U.S. troops back to Afghanistan, he could, in his first year, face a collapse of the Kabul regime and a triumph of the Taliban, whom we expelled from power 19 years ago for hosting the al-Qaida terrorists who perpetrated 9/11. Biden could, in his first days in office, preside over the first U.S. defeat in a major war since Vietnam.

A second situation confronting the new president is China. For the China of 2021 is not the China with which Barack Obama and Biden had to deal. The China of today revels in its Communist ideology. It openly crushes democratic dissent in Hong Kong and defends “reeducation camps” for Muslim Uighurs in Xinjiang, uses air and naval forces and missile threats to assert and to defend its claims to the Paracel and Spratly Islands in the South China Sea, to Taiwan, and to the Senkaku Islands that Japan controls and claims.

U.S. planes and ships flying close to Chinese territorial claims are intercepted and treated as hostile. This is not a China that is going to back down before American power. If the U.S. imposes sanctions on Beijing, then Beijing will reciprocate with sanctions on the U.S. And if the U.S. decides to use force, the U.S. should not be surprised if China reciprocates in kind.

President Biden, it is said, will find a way to rejoin the Iran nuclear deal from which Trump rudely exited. And how will this sit with Israel?

Sunday, at a memorial service for Founding Father David Ben-Gurion, Prime Minister Bibi Netanyahu sent a message, clearly for Biden: “We must stick to an uncompromising policy to ensure that Iran does not develop nuclear weapons. … There must be no return to the previous nuclear agreement.

How will Biden deal with the now-regular Israeli attacks on Iran and Iranian-backed militias in Syria, Iraq, and Lebanon? What would Biden do if Iran responded with attacks on Israel?

This is not an academic question. Sunday, the Israelis launched new attacks on Iranian-backed militia in Syria, and Trump has said that if an Iranian hand is found behind an attack that kills an American, then the U.S. will retaliate against Iran. While his foreign policy advisers argued successfully against a Trump proposal for a preemptive strike on Iran’s nuclear enrichment plant at Natanz, Israeli strikes on Iranian-backed militia in Syria could produce retaliation, and a sudden larger and wider war.

Worst-case scenario: Iran responds to an Israeli attack; Americans are killed; Trump retaliates; and Biden inherits a war with Iran he must fight or seek to end.

Then, there are the human rights backsliders that are U.S. partners and allies – Turkey, Egypt, Saudi Arabia. How does Biden deal with the party’s progressives who demand he sanction such partner-nations – without risking the loss of these countries’ cooperation on our policy agenda? And the question with regard to Afghanistan is also true of Syria and Iraq. How do we extract our military from these endless conflicts without losing any leverage we have, and with it losing our influence over the composition and character of the regime and its direction?

“America First” has an answer to these questions: If there are no vital U.S. interests imperiled, keep U.S. troops out. And ashcan the utopian nonsense of trying to plant democracy in the sandy soil of a Middle East that has shown itself unreceptive to that particular crop.

The interventionalists got us into the sandbox. Let’s see if they can get us out.