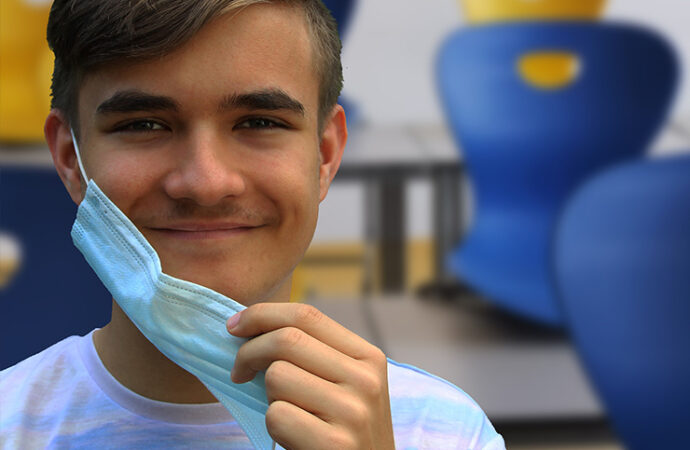 Few issues are more contentious in modern American life than mandatory mask orders. And the debate is about to get even more heated.

A newly released study in the academic journal Annals of Internal Medicine casts more doubt on policies that force healthy individuals to wear face coverings in hopes of limiting the spread of COVID-19.

“Researchers in Denmark reported on Wednesday that surgical masks did not protect the wearers against infection with the coronavirus in a large randomized clinical trial,” The New York Times reports.

“Researchers in Denmark reported on Wednesday that surgical masks did not protect the wearers against infection with the coronavirus in a large randomized clinical trial.” https://t.co/bKOENjCKVq

The study is perhaps the best scientific evidence to date on the efficacy of masks.

To conduct the study, which ran from early April to early June, scientists at the University of Copenhagen recruited more than 6,000 participants who had tested negative for COVID-19 immediately prior to the experiment.

Roughly 4,860 participants finished the experiment, the Times reports. The results were not encouraging.

“The researchers had hoped that masks would cut the infection rate by half among wearers. Instead, 42 people in the mask group, or 1.8 percent, got infected, compared with 53 in the unmasked group, or 2.1 percent. The difference was not statistically significant,” the Times reports.

Dr. Henning Bundgaard, lead author of the experiment and a physician at the University of Copenhagen, told the newspaper the results of his research are clear.

“Our study gives an indication of how much you gain from wearing a mask,” Bundgaard said. “Not a lot.”

The Times notes that the research “did not contradict growing evidence that masks can prevent transmission of the virus from wearer to others” – but adds that the study’s findings are at odds with the Centers for Disease Control and Prevention (CDC), which just last week endorsed the view that face coverings protect individuals from contracting the virus.

Two important things should be noted here, however.

The Times is correct that the study “did not contradict” evidence that suggests masks can prevent sick people from transmitting the virus to others. But the Danish study didn’t test for this; as the paper notes, only healthy people were tested in the experiment.

“The masks are important for someone who is infected to prevent them from infecting someone else,” Dr. Anthony Fauci noted back in March on 60 Minutes. “When you’re in the middle of an outbreak, wearing a mask might make people feel a little bit better, and it might even block a droplet. But it is not providing the perfect protection that people think that it is, and often there are unintended consequences; people keep fiddling with the mask and touching their face.”

Fauci would later modify his position, saying he discouraged masks out of concern of a supply shortage. But he was not wrong that mask wearing comes with unintended consequences, such as people touching their faces a lot. (Watch the video below if you doubt this.)

CDC chief Robert Ray Redfield Jr. has gone further than Fauci, declaring in public testimony that “this face mask is more guaranteed to protect me against COVID than when I take a COVID vaccine.”

However, Redfield’s assertion is not backed up with scientific evidence. As the authors of the Danish study point out, the World Health Organization “acknowledges that we lack evidence that wearing a mask protects healthy persons from SARS-CoV-2.”

.@CDCDirector Dr. Robert Redfield: “These face masks are the most important, powerful public health tool we have…I might even go so far as to say that this face mask is more guaranteed to protect me against COVID than when I take a COVID vaccine.” pic.twitter.com/yPdsSSQAbr

The results of the Danish study undermine the assertion from public health officials that wearing a surgical mask can protect individuals from COVID-19 infection, but that’s unlikely to end the mask debate, which has become one of the most vitriolic issues in America today.

It’s worth pointing out, however, that masks were not a divisive issue until governments began mandating their use.

As I’ve said before, reasonable and persuasive cases can be made both for and against the use of masks in the healthy population. But by replacing individual choice with collective mandates, public officials have politicized the issue and polluted the science. For example, scientists have faced retraction demands on research that concluded mask-for-all policies were not based on sound data. Additionally, the Danish study appears to have been delayed because medical journals were wary of its findings.

Few of us – even medical professionals, it seems – are able to answer with any degree of certainty whether masks are an effective form of protection against the coronavirus.

Some see this as a reason to force everyone to wear a mask. Yet in reality, the uncertainty is all the more reason the decision should be left to individuals.

Public health officials should not be recommending a preventative measure – let alone mandating it – without knowing it is effective. (In public health, this is known as the principle of effectiveness.)

Governments forcing healthy people into mask-wearing was always an affront to the rights we hold over our own bodies and our basic human dignity.

It’s also beginning to look more and more like an affront to science.