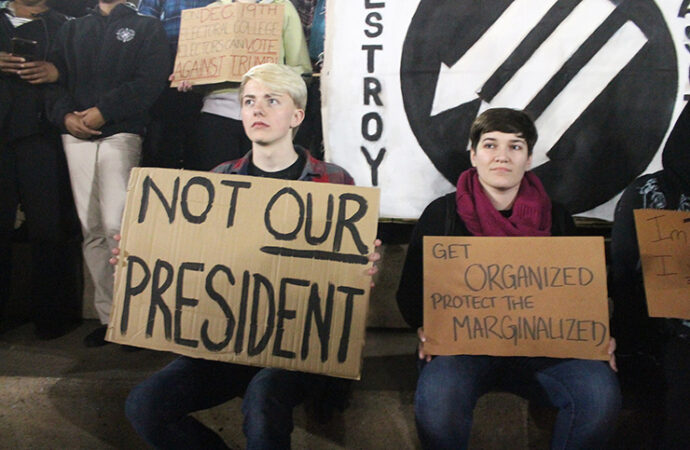 It seems a newer virus is now infecting American citizens. It can be deadly, killing off joy, compassion, reason, and objectivity. It renders its victims deaf to argument and blind to facts, creating in some of them so fevered a passion that they wind up in cloud cuckoo land.

This virus goes under the name of ideology, or IDVID-2020; ID stands for ideology, VI for virus, and D for disease. In the most extreme cases, those infected by IDVID-2020 lose all ability to ask questions or think for themselves. They enter a zombie-like state, parroting slogans, rioting in the streets, destroying the business of innocent people, and serving as useful tools for their leaders.

This latest scourge can also be deadly for relationships. This past week alone, I’ve heard of two marriages destroyed by IDVID-2020. In the first instance, the wife left her husband citing various grievances, but putting the bulk of the blame for her marital dissatisfaction on his conservative politics. In the second, the wife is ending her marriage because her husband believes the left committed fraud in our presidential election.

In the last year, I’ve also heard from readers whose loved ones were stricken with IDVID-2020: a young woman who unfriended her cousin on Facebook for expressing support for President Trump, a son who disowned his mother and father for the same reason, and several grown children who accused their mothers of propagandizing them in their adolescence by taking them to church.

Certain groups appear immune to this disease. Children under 10 rarely catch IDVID-2020. Those who are self-employed and those who labor in places such as auto repair shops, hair salons, and construction sites seem protected against this virus. Legal immigrants to the United States, especially from countries like Cuba, China, and Venezuela, also seem unlikely to contract it.

Given what we know of those poor souls infected by this bug, we can point to two primary sources of contamination for IDVID-2020: our universities and our mainstream media (MSM).

This disease spreads through universities with alarming rapidity, moving from professors to students and from students to their classmates and friends. Signs of the contagion can be detected when the carriers begin using code words like “white fragility,” “systemic racism,” and “toxic masculinity.” Other symptoms include cynicism, a lost sense of humor, a belief that America is evil, and claims of victimhood. The contagion has reached pandemic stage when we find students demanding safe spaces, suppression of free speech, and the firing of any teacher accused of committing a micro-aggression.

Those who take their news only from the MSM are also likely to contract IDVID-2020. They listen to stations like CNN, CBS, or Fox News as they eat breakfast and dress for work, and then come home and watch these same stations while drinking a glass of wine or preparing a quiche and salad for supper. Once IDVID-2020 gains a hold on them, it produces several effects: a sense of moral superiority, indignation, contempt for those free from IDVID – as we saw in the marriages above – and in extreme cases, an ongoing interior rage.

Unfortunately, many of those who fall ill with IDVID-2020 may take years to recover, if they recover at all.

But here’s the good news for the rest of us. We don’t need to social distance, wear masks, or endure a lockdown to battle IDVID-2020. A vaccine already exists which is 99.9 percent effective against this deadly virus.

This marvelous drug consists of the following ingredients: a belief in objective truth, the ability to ask questions, a refusal to accept the validity of information without double-checking its sources, a feeling of gratitude for being alive, a capacity for laughter, a knowledge of history, a love of country, an equally fervent love of liberty, and a faith in something other than politics.

If we take this medicine every day and share it with others, we’ll eventually put an end to IDVID-2020.