France Tries in Vain to Redefine Islam as Non-Political 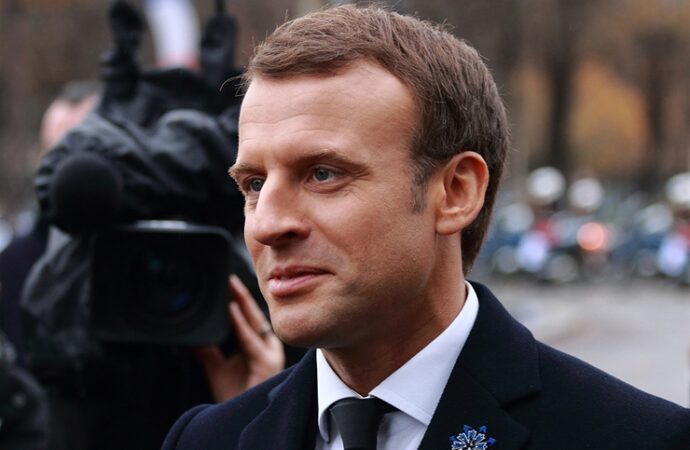 Islam is a religion and not a political movement, according to a new “charter of republican values” released on Nov. 18 by French President Emmanuel Macron.  Macron unveiled plans to require Muslim leaders to sign the charter as part of a broader clampdown on radical Islam, authorizing the French Council of the Muslim Faith to monitor and license imams.

The charter also prohibits “foreign interference” in Muslim groups, solidifying Macron’s initiative to tackle what he calls “Islamist separatism.” This move follows a spate of terrorist attacks by Muslims in France and elsewhere in Europe, which included the beheading of a teacher who showed cartoons of Muhammad, the prophet of Islam, during a class discussion last month.

Macron’s initiative is doomed to fail.

Simply declaring that Islam is not a political movement does not change its essence, which has always been eminently political. For the past 14 centuries Islam has been both an ideology and a blueprint for political action. It can hardlybe compared in energy and potential consequences with any other creed or ideology in today’s world.

From the outset of his remarkable career, Muhammad was both the prophet of a new religion and the creator of the political ideology and radical social program associated with it.That Islam sees the world as an open-ended conflict between the Land of Submission (Dar al-Islam) and the Land of War (Dar al-Harb), which must be conquered by jihad, is the most important bequest of Muhammad to his heirs… and a permanent threat to the rest of us.

According to orthodox Islamic teaching, the state must be a theocracy, or else it is illegitimate. Under Sharia, it is an act of apostasy punishable by death to give one’s primary allegiance to a secular non-Islamic state, such as France’s la Republique, which issymbolized in French government buildings and courts by images of the goddess of Liberty, Marianne. Following the commandments of the secular state even when they contradict the word of Allah as revealed by the Prophet is anathema to Muslims.

Regardless of Macron’s statements, politics is the inherent core of the Islamic imperative of Allah’s sovereignty. Like Marxism, Islam offers a vanguard ideology: a complete program to improve man and create a new society; complete control over that society; and cadres ready, even eager, to spill blood. It is a quasi-religious ideology of cultural and political imperialism that is in permanent conflict with anything other-than-itself and knows no natural limits to itself.

France’s “republican values” are based on state secularism—laïcité—which does not offer an adequate antidote to the challenge of “Islamic separatism.” Millions of Muslims in France and elsewhere in Europe already consider themselves autonomous, a community opposed to the broader society of infidels.

Assimilation is no longer a viable option in a country that used to pride itself on its ability to turn foreigners into Frenchmen. It was possible with the Italians, Spaniards, Poles, Russians, and others because they were culturally assimilable and because they came in much smaller numbers than the millions of Islamic adherents.

The Muslims, by contrast, now account for up to 10 percent of France’s population. They live mostly in compact communities in which it is no longer possible to buy wine in a local store or to see Amélie in a cinema. Young Muslim menin the “sensitive urban zones” direct violence against Muslim women trying to follow French ways. Many French-born Arab girls in the ghettos resort to wearing hijab as the only protection against reprisals that have included face-slashing and gang rapes.

Onequestion is brutally apparent and painfully puzzling to locals in the French suburbs: how come these people reject our cultural heritage, our long-admired civilisation, eagerly emulated and embraced by so many newcomers and nations for so long? Why are they so immune to elements of French culture such as Racine, Zola, Berlioz, even when an encounter is attempted in the classroom? Why do so few Muslims visit the Louvre, or Versailles?

Outside the French ghettos the price of a wider societal “peace” is a complex web of lies by which the elites have sought to conceal the truth about what Islam has done to the French nation. The reality has been stated with haughty arrogance by Tariq Ramadan, professor of Islamic studies and a grandson of Hassan al-Banna, founder of the Muslim Brotherhood. Heproposes that Muslims in the West should conduct themselves not as hyphenated citizens seeking to live by “common values” but as though they were already living in a Muslim-majority society and were exempt on that account from having to make concessions to the faith of others.

The problem is not only France’s. Europe’s demographic self-annihilation is a phenomenon of world-historical proportions. Italy will plummet from today’s 57 million to a much older 40 million by 2050. The whole continent will face a net loss of some 150 million people by that time.

As its ancient cities succumbto alien majorities, some economists say that immigration into Europe must increase even further, to an average of 4 million net entrants a year, to compensate for the pending loss of working population.

Yet Europe’s population has aged to such a degree that it will continue to shrink even in the unlikely event that birthrates rebound to a one-for-one replacement level. Year 2000 was a key turning point, with Europe starting the new century with fewer children than adults of reproductive age. This phenomenon—called “negative momentum” by demographers—implies that even if women should have an unexpected fertility increase to two children in the future, on average the population would (in the absence of migration and mortality changes) be destined to shrink.

On current form, by the end of this century there will be no “Europeans” as members of ethnic groups that share the same language, culture, history, and ancestors, and inhabit lands associated with their names. The shrinking populations will be indoctrinated into believing—or simply forced into accepting—that the demographic shift in favor of aliens is actually a blessing that enriches their culturally deprived and morally unsustainable societies.

Image Credit:
Remi Jouan, CC BY 4.0 , in the Public Domain, via Wikimedia Commons