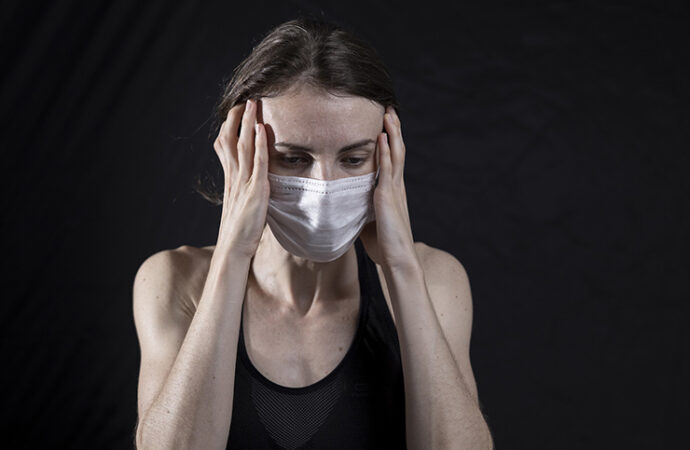 There are public protests against lockdowns in Denmark, Italy, France, and all over Europe. They are growing in numbers and fury. Why not the U.S.? Scott Atlas suggested in passing that Michigan residents “rise up” against new lockdowns in Michigan, and major media collectively fainted in shock. Preposterously, he was forced to clarify that he didn’t mean violently.

I came across a Twitter account from one protestor who demanded to know where the Americans are in all of this. Why is this country that once inspired the world with its tenacious love of liberty and a strict Bill of Rights allowing its society and economy to be strangled by some of the tightest stringencies in the world?

Just look at the chart on our restrictions, as compared with other countries. The U.S. has been stuck since the third week of March at between 62-72 percent stringencies overall. Some states are open and functioning well but others (especially California and the Northeast) seem unable to loosen restrictions and are thus continuing to crush whole sectors of the economy, in addition to pursuing impositions on liberty without precedent.

All this time, we’ve wondered how and why Americans are putting up with this. The polls thus far have shown support for lockdowns, as depressing as that sounds to those of us who have been writing against them since January.

However, these polls have shifted in recent weeks. The shift is substantial. The direction and pace of change is also notable.

The poll comes from Gallup. The first question concerns compliance with a possible new mandate to shelter in place. At the height of the pandemic, 67 percent of Americans said they would be compliant with a stay-home order. That is now down to 49 percent. Fully one third of Americans said they are very or somewhat unlikely to comply with such an order. Back in March, only 15 percent of Americans told pollsters that. This is some real progress. Another 18 percent report being “somewhat likely” to comply.

Back in March, at the height of fear, 87 percent of Americans thought it was better for healthy people to stay home rather than try to live a normal life. That has fallen to 64 percent – far too high given that living a normal life is precisely what needs to happen to save the country from lockdowns. Still, the shift is notable and promises to continue in that direction. It’s fair to conclude from these two charts that fully one third of Americans are in the fed-up camp.

There has also been a sharp drop in the number of people reporting that they are doing extreme forms of isolation.

Here again, given the actual risk factors of severe consequences from COVID – the median infection fatality rate for healthy people under 70 years of age could be as low as 0.05 percent – it is remarkable how compliant Americans have been with extreme restrictions that take no account of the risk differentials. It’s a feature of nearly all these lockdowns that they are top-down impositions on the whole population and take no account of the need for focused protection for the aged and sick. The models that drove governments around the world to lock down similarly presume homogeneous risk among all population groups – which is a feature of no virus in recorded history.

The daily bombardment of COVID frenzy by media elites – who seem to be stuck in a single narrative that the lockdowns have to stay in place until everyone is vaccinated – surely has something to do with the amount of support. Given that, it is remarkable that a third of Americans seem to be solidly in the dissenting camp.

This might also account for the intensification of authoritarianism coming from government, e.g. Anthony Fauci ordering Americans to “do what you are told.”

In 2020, Americans discovered that governments were capable of impositions on private and commercial life that are without precedent. The Constitution, the Bill of Rights, the legislatures, and the courts did not protect us. The fight for a restoration of normal life will come down to public opinion, and that in turn will happen once an alternative view of public health competes with media falsehoods. It is long past time to rise up.