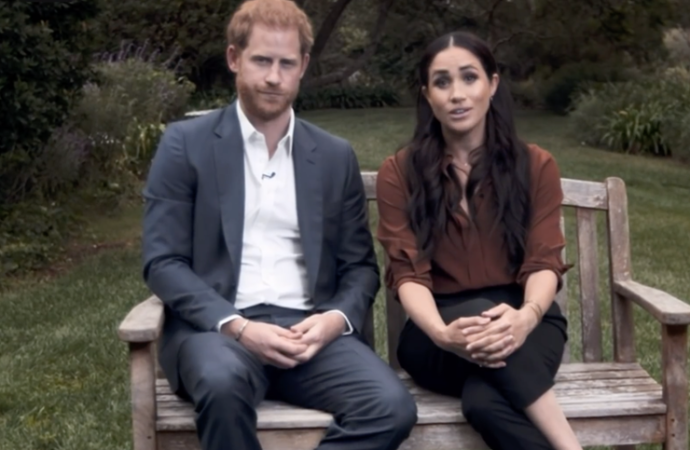 Prince Harry and Meghan Markle, Duchess of Sussex, are constantly in the public eye. Since quitting their jobs as working members of the royal family earlier this year, they have barely stopped to catch their breaths. They are spending lots of money – buying an estate in Santa Barbara, California, for $14.65 million. They are also earning lots of money. They signed a deal with Netflix estimated to be worth $100 million where their “focus will be on creating content that informs but also gives hope.”

Their in-person appearances are limited due to COVID-19. Instead, they are releasing a seemingly constant stream of video messages, which sometimes pop up in unexpected places. In September, viewers of America’s Got Talent were surprised when Meghan appeared via video to express her support for one of the contestants.

While that video may have raised eyebrows, it was fairly trivial. However, the couple have generated serious controversy with their forays into the political realm.

On September 23, Harry and Meghan released a video encouraging Americans to vote. Meghan had already released several videos geared towards the election, but this was the first time Prince Harry joined her in what many took as an implicit endorsement of Joe Biden. “As we approach this November, it’s vital that we reject hate speech, misinformation, and online negativity,” said Harry. However, he also admitted that he is not eligible to vote in the U.S. because he is not a citizen, and he could never vote in the U.K. due to his royal status.

The video touched off a storm of controversy. President Donald Trump was asked about it during a press conference. Of Meghan, he said, “I’m not a fan of hers.” And then he went on to imply the couple may be headed towards divorce, saying, “But I wish a lot of luck to Harry — cause he’s going to need it.”

The video also did not go down well in Harry’s native United Kingdom. One poll taken by a magazine shows over two-thirds of British people believe the couple should lose their titles.

Hugo Vickers, a respected author who has written authorized biographies of several members of the royal family, expressed concern for Harry’s wellbeing in The Telegraph. “It is tragic to see a man who once smiled so broadly looking as miserable and out of his depth as Prince Harry now does,” Vickers writes of Harry’s demeanor in the video. “He is out of his depth, behaves like a ventriloquist’s dummy and can barely hide his discomfort. You can’t help but feel sorry for the poor man.”

It is hard to understand why Harry and Meghan are venturing so boldly into the political arena. What do they hope to gain? It seems highly unlikely anyone will be influenced in their voting decision by a video message from this couple.

The only thing they seem to be accomplishing with such a move is the politicization of the royal family, something which the British royal family is expected to studiously avoid. Vickers writes, “The Royal family must be above party politics, even more so in a country that is not their own.”

Staying above the political fray helps the monarchy maintain its position of respect. Victorian-era essayist Walter Bagehot famously described the monarchy as the “dignified” branch of government. Queen Elizabeth II, Harry’s grandmother, is studiously apolitical. As a result, it is hard to imagine that Trump would make fun of her like he did Harry and Meghan.

Even though they are no longer working for the royal family, the couple would do well to stick to more typical royal activities, like supporting non-controversial charities. By getting into politics, they are inviting the attention and criticism they once implied they wanted to avoid.

Perhaps Harry and Meghan have a strategy behind their videos which will eventually be revealed. In the meantime, it is hard to see their foray into politics as anything other than an own goal.

Image Credit:
YouTube-Guardian News, ” Harry and Meghan call on Americans to register to vote ahead of US election “