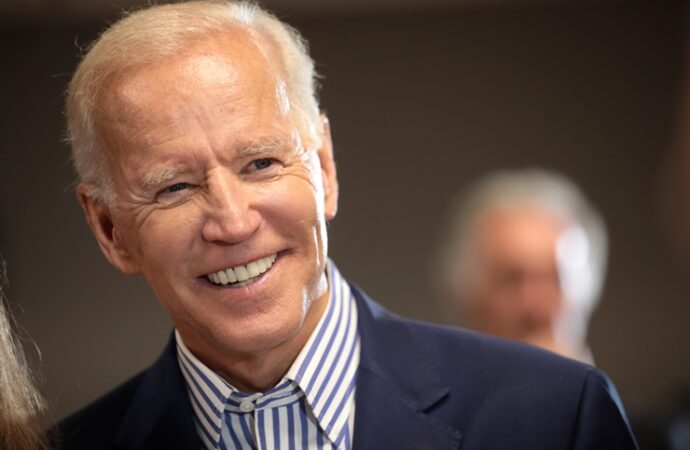 The first presidential debate of 2020 is done and dusted. Thank God.

President Donald Trump and former Vice President Joe Biden squared off Tuesday night in a raucous affair most Americans would probably just as soon forget. The debate, though at times entertaining, was thin on policy but heavy on invective, cliches, and interruptions.

An exception, however, was discussion on the Green New Deal, a proposed package of legislation that is billed to address economic inequality and climate change.

When pressed on the issue by Trump, Biden categorically rejected the idea he supported the sweeping legislation that, according to some estimates, comes with a $93 trillion price tag.

If you aren’t sure what’s actually in the Green New Deal, you should check out this listicle I wrote last year on it. It’s hair-raising.

As James Agresti has pointed out, the Green New Deal would be a regulatory nightmare that would scale back hard-earned human progress and prosperity. The GND also ignores a basic truth: America’s air has become materially cleaner over the last four decades.

Under federal law, the EPA monitors the outdoor concentrations of six major “criteria pollutants” that are widespread and likely “to endanger public health or welfare.” According to the latest and earliest primary measures of these pollutants, the average US outdoor levels of:

As economist William E. Fleischmann has shown, the Green New Deal is built more on fear than facts. While its goal is to save people from the deadly effects of climate change, efforts to “decarbonize” the U.S. economy could actually end up costing more lives than it saves, Dan Sanchez has pointed out.

If legislation forced us to switch to far less abundant, less reliable sources of energy (which is what most “green” energy sources are), then production and wealth could decline dramatically. And impoverished people are less climate-durable.

Would decarbonization mitigate climate threats? Even if so, the question then becomes: would that mitigation offset the simultaneous rise in human climate-vulnerability?

Economic prosperity and climate security cannot be considered in isolated compartments. And we must not let alarm drive us to desperate measures that could create the desperate times they are supposed to prevent.

It’s true that Joe Biden’s energy plan also contains some serious problems – including a vague promise to unilaterally pass “unprecedented” government reforms “to put us on the right track” toward a carbon free economy by 2050 – but his disavowal of the Green New Deal shows it’s a bridge too far even for those seeking to use federal coercion to “decarbonize” the American economy.

In his 1974 Nobel Prize speech, F.A. Hayek noted advances in the physical sciences had encouraged humans, “dizzy with success,” to attempt to place not only the natural world but the entire human environment “under the control of a human will.” Hayek, pointing out man’s limited knowledge, urged greater humility, warning that such conceit carried the seeds of tyranny and even mass human destruction if left unchecked.

“The recognition of the insuperable limits to his knowledge ought indeed to teach the student of society a lesson of humility which should guard him against becoming an accomplice in men’s fatal striving to control society – a striving which makes him not only a tyrant over his fellows, but which may well make him the destroyer of a civilization which no brain has designed but which has grown from the free efforts of millions of individuals,” Hayek concluded.

Plans like the Green New Deal show the conceit Hayek warned of has only grown the last four decades.