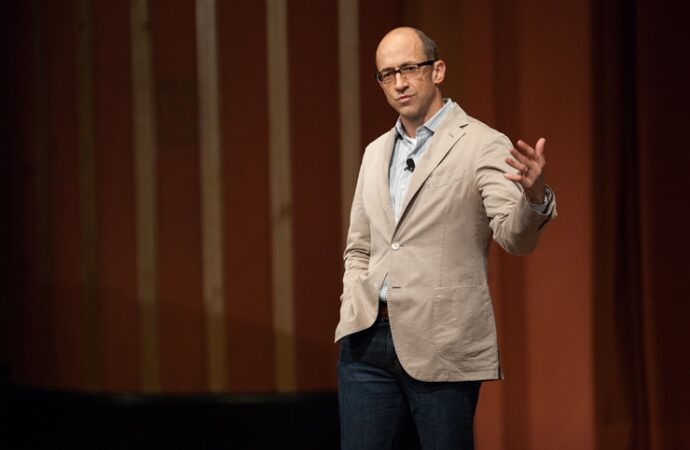 The socialist social justice revolution is here, and one former CEO is here to tweet it.

On Wednesday, former Twitter CEO Dick Costolo, a man whose net worth is estimated at $300 million, took to his old platform and appeared to be gleefully suggesting that “capitalists” who don’t get involved with social justice causes should face firing squads.

Me-first capitalists who think you can separate society from business are going to be the first people lined up against the wall and shot in the revolution. I’ll happily provide video commentary.

Here’s what Twitter guidelines say about promoting violence on its platform: “You may not threaten violence against an individual or a group of people. We also prohibit the glorification of violence.”

The Daily Signal contacted Twitter for a statement on Costolo’s tweet and what it would do to enforce its rules, but it had not responded as of publication time.

Forbes magazine explained the origin of the discussion of this reckless promotion of violence:

Costolo was responding to a debate that has consumed tech’s elite on Twitter over the past few days, an argument about whether the industry should actively promote social justice causes and encourage political conversations at work.

If it hasn’t become painfully obvious this summer, much of corporate America is currently consumed with being as woke as possible.

Clothing, tech, food, sports, and other companies are putting out statements endorsing Black Lives Matter, despite the organization’s ties to Marxism.

At the same time, it’s clear that within these companies, openly dissenting from modern left-wing dogmas is frowned upon or punished. And how would Costolo and other millionaire revolutionaries act if companies began to push pro-life causes, for example?

What’s remarkable is that many in corporate America, including Costolo, apparently think that being woke or supporting various left-wing causes will shield them from the radicals.

As Winston Churchill observed, an appeaser is someone who hopes the crocodile will “eat him last.”

What Costolo dubs “me-first” – that is, really un-woke – capitalists may be the first to go in the revolution, but they certainly won’t be the last.

Just look at how Portland, Oregon, Mayor Ted Wheeler has been treated by protesters and rioters in his city. Wheeler went to a Black Lives Matter rally, but was booed and harassed as he showed support.

Later, protesters showed up at his condo to harass him some more, ultimately forcing him to move out.

Unsurprisingly, things aren’t going well in a city where the mayor appeases the mob.

UNREAL: Portland protesters are lecturing hotel guests through a megaphone

…or perhaps just mind your own freaking business you psycho
pic.twitter.com/GlaZ5supky

The message, for those not paying attention, is that you will join the revolution – or else. “Silence is violence,” the protesters say, but increasingly, silence will be met with violence.

Insufficient zeal will be punished until we reach “year zero,” when all opposition is destroyed and a perfect new world can be ushered in.

This development shouldn’t be surprising for anyone with a rudimentary knowledge of the various revolutions of the past few centuries that required societies to transcend human nature to create a brave new world.

Left unchecked, revolutions almost always devolve into violence and tyranny. And that violence tends to devour even the most fervent devotees of the cause.

After all, after sending thousands to the guillotine for not showing sufficient zeal for the French Revolution, Maximilien Robespierre was sent to the guillotine himself. Things also didn’t work out too well for Russian Marxist revolutionary Leon Trotsky, who was assassinated with an ice pick to the head.

The bottom line is that it’s shameful and irresponsible for a former CEO of Twitter to promote violence, but it is revealing of the mentality of the moment.

The revolution we are seeing in American culture is not being generated from the grassroots. It’s one being orchestrated by and through America’s most elite educational, corporate, and media institutions. It’s being led by the likes of Princeton, Twitter, and The New York Times, not a few radicals at Jacobin magazine.

That’s what makes it so poisonous for the future of the country.