Fiddling With Feelings While Minneapolis Burned 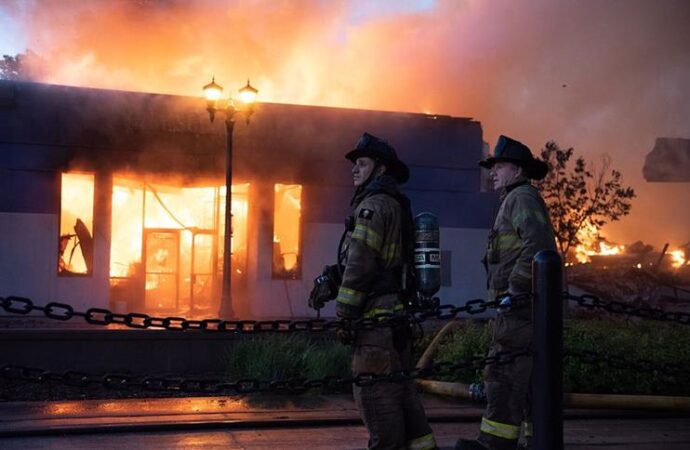 The election is on the horizon. The finish line of a horrific year of COVID, riots, and unrest can be seen in the distance. The only problem is, many of us wonder if the election, rather than setting things to right, will only shake things up further.

Will regulations continue? Will unrest increase? Will we be subjected to more politically correct ways of dealing with problems which were non-issues when common sense was still valued?

Sadly, that all seems likely given that both media and our government seem prone to covering up these issues. As Alan J. Levine writes in the October issue of Chronicles Magazine, “there has been an incredibly weak reaction to mass violence by most of our political leaders, including by President Donald Trump.” Levine continues by saying, “It took three days for the TV networks to admit that riots, not just peaceful demonstrations, were taking place.”

But the national government and media weren’t the only entities to drag their feet in response to the sudden outburst of violence. A new report from the epicenter of the 2020 riots – Minneapolis and St. Paul – details what local leadership was doing in the days following the death of George Floyd.

Except for a few blurbs from local media, the report, released by the Joint Transportation and Judiciary and Public Safety Committee of the Minnesota Senate, has largely been ignored by the press. Yet since Minneapolis was the match that lit the national firestorm of unrest, it seems only fair to look at the disturbing evidence the report contains. Here are a few of the findings for Minnesota:

Perhaps most damning is the fact that such fallout was the result of a “philosophical debate.” Statements from Gov. Tim Walz depict a waffling leader, concerned that a police presence would make the situation worse and arguing that the community needed understanding rather than a heavy hand.

These concerns may have contributed to the governor’s delay in calling out the state’s National Guard. According to the report, Gov. Walz’s staff asked the Guard whether they had “diversity and inclusion training” or “experience working with diverse communities.” The decision was also made to deploy “The Department of Public Safety tribal liaison” in order to “address the ‘community and cultural concerns’ of the rioters,” rather than sending reinforcements to those trying to maintain law and order.

Reading the report, one gets the sense that state and local officials were more concerned about their diversity and inclusion image than the safety of community residents and their businesses and property. In so doing, these leaders seem to have bought into what Alan Levine calls “a popular assertion,” namely, “that the whole framework of law and justice has always been racist, and even that it was created for the express purpose of oppressing blacks.”

The facts simply don’t support such an assertion, writes Levine:

In reality, there is no real crisis of police killing blacks, or of police killing anyone else. Most of the people killed by police are not black and the number of people killed by police every year in general has fallen. Meanwhile, the number of police killed in the line of duty every year has grown. Over the last several years, police have killed about 1,000 people a year. Of these, half are white and about a quarter are black, and are overwhelmingly people who were armed or violently resisting arrest.

Put in different terms, “The danger of a black person being killed by the police, justifiably or not, is only slightly higher than the chance of being killed by a meteorite,” Levine explains.

While there is a place for sensitivity, care, and concern for others, should such feelings take precedence over the safety of people and property, particularly when facts show a different story than the one commonly touted by society?

We are surrounded by people who would give a resounding yes in answer to that question. Unfortunately, as the above report details, such a tactic didn’t work out too well for the leaders who tried it – in fact, it can be argued that their attempts at sensitivity actually caused more harm to the minority communities devastated by these riots.

It would seem that if we truly care about people, then we need to be willing to put such feel-good topics as diversity, inclusion, and sensitivity aside when we see that they’re only causing greater hurt.