Fear the Coup That Isn’t Coming 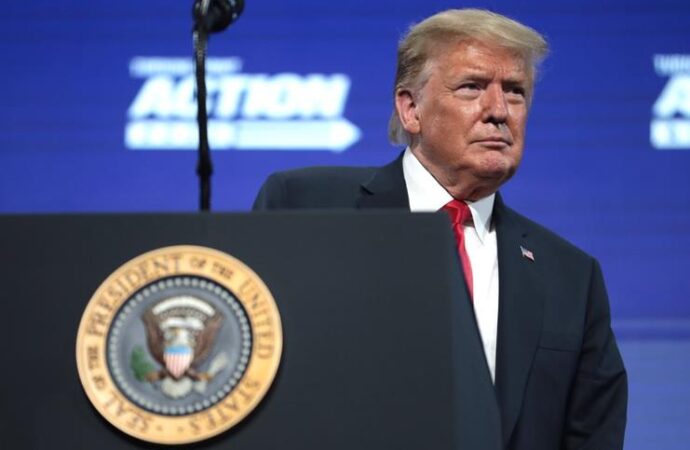 You say you want a revolution? Or a coup, or an overthrow, les barricades? Apparently so. Journalists, politicians, and academics, none of whom have thrown a punch in anger since fifth grade, are advocating, planning, and warning us the SHTF (look it up, but the last word is “fan.”) Stuff (not exactly the first word) that used to be exclusive to preppers, FEMA teams, and guys with only a “Joker was Right” T-shirt outside in mid-February is now openly spoken of across the country.

There are a couple of versions. Trump can win only by cheating, so if he wins then that is proof that he cheated and the election is unfair and he is also a witch. Trump will lose the election (apparently he isn’t good at cheating) but refuse to cede power to Biden. Or no one wins the election and Trump steals it using his coven of Supreme Court justices. A final category are University of Google academics predicting civil war using the historical wrapping paper of Weimar (the favorite), or maybe Rome.

Paul Krugman of The New York Times Nobel prepper team says there are “substantial odds America as we know it will be damaged or even destroyed” by the election. He tells us to “expect violence from Trump supporters, maybe lots of it, both to disrupt voting on Election Day and in the days that follow” until Trump “stops counting of absentee ballots, claims massive fraud, and probably tries to get the Supreme Court to overturn the result.” Krugman’s battle buddy in the Times’ bunker, Thomas Friedman, says America today reminds him of the Beirut at war with itself he covered as a cub reporter.

Over at The Nation, now largely serving as the antifa house journal, they skip the how-he-did-it and assume Trump simply remains in power. The writer’s concern is that “we have the moral high ground. But we don’t have, frankly, the military leadership in place to direct a guerrilla campaign against an illegitimate regime. We don’t have a government-in-exile waiting to take power. We don’t have international allies. We don’t have an underground network of spies and saboteurs. . . but we can lay our bodies down in front of the tanks.” Any hope for the rule of law? Nope. “The Supreme Court too is, fundamentally, an antidemocratic institution run by people who are not subject to the popular will of our diverse society.”

I’m aware that believing you are the only sane person in the room is a sign of mental illness, but that is the way things feel. People from op-ed writers to Candidate Biden (who believes Trump will not voluntarily leave office) are predicting or calling for revolution, coups, looming dictatorships, right up to actual civil war. Almost no one seems to think we are capable of just having an election. It is the predictable end of four years of TDS, with the looming next crisis always having to top the previous false one.

First, the irony. It was the Democrats who refused to accept the 2016 election, trying everything from self-delusion to claiming the Electoral College didn’t count to calling for recounts to writing the equivalent of Federalist Papers fan-fiction trying to make up some alternate scenario where Trump lost. After all that failed, they quickly pivoted to tricks to throw Trump out running the gamut from empty Emoluments Clause lawsuits to delegitimization-via-Russiagate to demands to invoke the 25th Amendment (for increasingly bizarre non-reasons) to outright impeachment.

There were mini-versions of the same with Democrat Andrew Gillum in Florida and everyone’s sweetheart Stacey Abrams not accepting the election results that made them losers. Never mind Dems want to pack the Supreme Court, eliminate the Electoral College, and add new statelets in the ultimate act of gerrymandering. Dems hate the 1A and 2A. So in terms of not respecting the democratic process, it is the Democrats who bring the gusto.

The reality is, there is no rational basis to expect Trump to act unconstitutionally. Sadly, people already delusional with a horrible track record of predicting events (that war with North Korea start yet?) have misinterpreted, exaggerated, or just made things up. One example—Trump calling for poll watchers morphed within minutes into him ordering militia groups to disrupt voting.

It is also pretty hard to steal an election. Most dictators do so by not having them, or allowing only themselves on the ballot. The intense presidential campaign now in its final stages is proof enough democracy is quite alive. If Trump wanted to be dictator, why wouldn’t he just order his robot army into the field today to locate and burn down the Reichstag?

And guess what: elections are run on the hyper-local level, with yokels in small towns in charge and the Feds nowhere to be seen (a reason why the Dems’ vote absentee strategy is a dumb idea, the system never works well.) Under a statute on the books since 1948, anyone who places “any [federal] troops or armed men at any place where a general or special election is held” faces prison. Anything Trump demands along those lines would be an unlawful order troops would be required to refuse.

Ballot challenges are a part of the system (yet another reason the vote-absentee strategy is a dumb idea) and there are long-standing procedures to resolve differences. More potentially manipulable things like whether to count ballots mailed before but received after Election Day are being resolved in pre-election litigation at the state level. Attorney General Barr can play no role and is not. Court challenges have actually made it easier for more people to vote early and by mail than ever before. It is childishly simple to say “Trump will declare martial law,” much harder to detail how tens of thousands of people across 50 states would have to break the law in concert to make it even begin to happen.

The idea of Trump refusing to leave office is silly. Sitting in the Oval Office does not make you president. Having people act on your orders makes you president, so just unplug his phones and he commands nothing. Invalidating the nuclear codes in the Football would likely be enough to shut everyone up. Any further problem could be solved by a decent nightclub bouncer. As for the military, the Left has signaled multiple times over the last four years that they’d be OK with some sort of coup, and in each instance the military explicitly stated No, thanks. This ain’t Bolivia, folks.

As for people throwing themselves under tank tracks, or right-wing militias battling the Secret Service to keep Trump in office, get a grip. All the macho talk misses one point: very few people are willing to die because of Trump. It seems easy to extrapolate some rioters playing rough with the cops into, whatever, the Russian Revolution, but Americans aren’t starving. Those antifa rioters all went home to apartments with Netflix. No secret police kicked down their door. A night in jail where they secretly know no real harm will come to them? Sure, street cred. But charge a machine gun? Please, these people are so worried about dying they wear masks in their Priuses on the way to buy gluten-free muffins.

The FBI was inside the right-wing militia scheme in Michigan for months. Army-man cosplay is fun for the Proud Boys, but the reason they are strutting around here is that they don’t really want to stand a post in Afghanistan and risk getting killed. Sure, incidents will occur. After all, we are Americans, hateful, savage, and armed to the teeth. But a revolution requires people desperate enough today that dying tonight seems reasonable. Too many journalists writing this trash still have a Che T-shirt from the undergrad years.

Far too many believe that if Trump succeeds, that’s it for America, and most of the unbelievers who comment here will wash up in Q-Anon reeducation camps. I happen to know that, while the guard jobs will be outsourced to North Korea (what do you think Trump and Kim talked about?) the actual camp management will be done by vetted young Americans via a revamped Teach for America program. For each person who leaves a comment below on this article, I will personally intervene on their behalf to see they get an extra ration of MAGA Gruel, made with Ma Pence’s own recipe.

So humor doesn’t help either? I tried straight talk, I’ve tried facts, so how about shame? A few months from now, when none of this has happened, perhaps the people who have been abysmally wrong for four years will feel some shame for making peoples’ lives darker and feel more fragile than they needed to be. Those who ruined lives, jobs, and educations with politically motivated lockdowns, maybe one of them for a moment will reflect and seek some sort of moral or intellectual redemption.