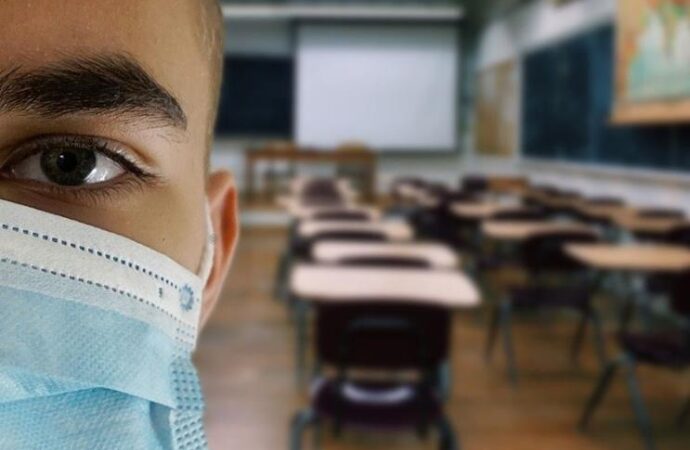 At what would normally be the end of the first academic quarter for most K-12 schools, millions of students still have not set foot in a classroom.

Many haven’t done so since March.

Evidence continues to mount that COVID-19 affects children the least, and ad hoc school district e-learning platforms, hastily assembled in the spring, are driving families away from assigned schools.

Some of the largest school districts in the U.S. are still offering only online instruction, despite reports of losing contact with thousands of students, from Philadelphia to Houston to Los Angeles, when districts went online earlier this year.

According to reports, districts have still not been able to reach those students.

School officials have the unenviable task of balancing health and safety concerns with student learning, but those leaders should be considering the research on the spread of COVID-19 and the needs of local families and children in making reopening decisions.

Yet some district leaders are doing neither.

Parents have led protests in favor of reopening schools across the country, from San Diego to Baltimore and places in between.

Furthermore, at this point in the pandemic, research demonstrates that schools have not become so-called superspreader sites – not even close.

The latest figures from Brown University researchers found a confirmed case rate among students of 0.14 percent in a database of nearly 1,300 schools. As explained in The Wall Street Journal this week, Centers for Disease Control and Prevention numbers show hundreds more fatal cases of the flu among school-aged children than COVID-19.

Two studies profiled on NPR recently found “no consistent relationship between in-person schooling and the spread of coronavirus.”

Yet, are these low numbers the result of keeping schools closed? Findings from international studies and the available evidence from K-12 private schools in the U.S. that are open to in-person learning suggest that’s not the case.

The Brown research includes data from private schools. In fact, the case rate for private schools operating in person is still only 0.15 percent – admittedly with a smaller sample size, but still an encouraging number. The case rates for staff in those schools stands at 0.4 percent.

Teachers unions in some areas are ignoring those facts.

In Fairfax County, Virginia, where officials are already charging families for the use of school buildings for in-person day care, the union is demanding that public schools stay closed to in-person learning until August 2021.

That announcement followed news from school officials of a phased-in reopening in the coming weeks, a plan that includes basic protocols about maintaining spacing between students and asking parents to keep a student home if he or she shows symptoms.

At the start of the school year, schools in Washington, D.C., were reporting a drop in enrollment of 13 percent. Houston is reporting 7 percent fewer students; Orlando, Florida, a decline of 5 percent; and in Nashville, Tennessee, schools are down nearly 5 percent.

Meanwhile, private school closures have slowed, and since the middle of the summer, homeschooling numbers have soared.

In Connecticut, homeschool advocates are reporting higher figures than ever before, and interest in homeschooling has “exploded,” according to Minnesota Public Radio. The Texas Homeschool Coalition reports a 400 percent increase in students compared with last year.

Similar news can be found around the country. Learning pods, where parents bring together small groups of children during the school day to learn, continue to spread, and with each passing day, pods become less of a fad and more of a permanent solution.

Local school leaders’ evaluations of the health evidence remain a mystery, and many officials have not met parent and student needs during the pandemic. Now, families are leaving, reminding everyone that we should make students the priority of policy solutions, not the system.

Federal and state policymakers have used the bully pulpit to implore schools to reopen, but the most effective persuasion will be the kind that assigned district schools like the least – namely, fewer students.