World Government Is Closer Than We Think 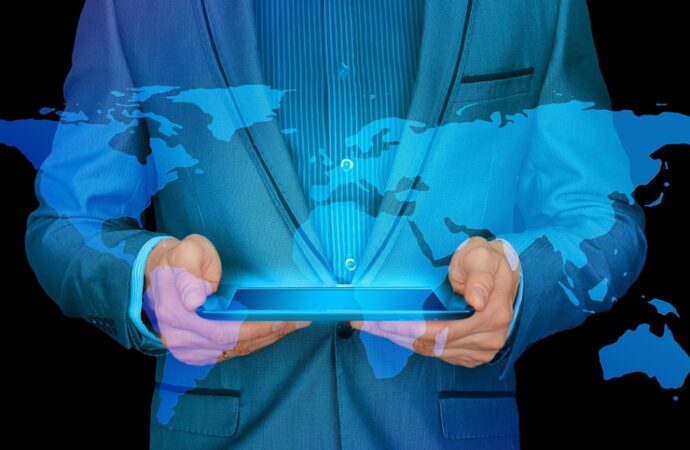 The party line used to be there is no such thing as globalism – no one wants to eliminate nations and only conspiracy theorists believe in a New World Order, one-world government campaign going on. If you were to say you opposed globalism, the response would be “What size tin-foil hat do you wear?”

That was then. This is now. The globalists no longer hide their plans.

While everyone else is asked, cajoled, or shamed into wearing masks, the globalists have let theirs slip.

The crowd from Davos – the World Economic Forum, a.k.a. the High Church of Globalism – now openly pushes something they call “The Great Reset” – essentially the Great Globalist Reset. According to its promoters, it will end inequality, racism, climate change, and, of course, coronavirus. Make no mistake, this is about more than vaccines.

“The world must act jointly and swiftly to revamp all aspects of our societies and economies, from education to social contracts and working conditions,” the oligarchs of the World Economic Forum helpfully advise. “Every country, from the United States to China, must participate, and every industry, from oil and gas to tech, must be transformed.” (Emphasis added.)

These “long-overdue reforms” carried out in “coordination” will “advance shared goals, such as equality and sustainability … reimagine, and reset our world to create a healthier, more equitable, and more prosperous future … and urgently build the foundations of our economic and social system for a more fair, sustainable and resilient future,” a “new social contract centred on human dignity, social justice and societal progress.”

On the practical governance level, the Reset is nothing other than rule by a global technocratic-corporate elite. Just as Brussels has stripped Europe’s national parliaments of decision-making powers, the Resetters would arrogate to themselves the authority to set economic, energy, immigration, and trade policies.

Their plan is not new.

George Ball, a Wall Street grandee who served in the State Department under Presidents John F. Kennedy and Lyndon B. Johnson, laid out the globalist game plan before the Joint Economic Committee of Congress in 1967:

the multinational corporation must be able to operate with little regard for national boundaries—or . . . restrictions imposed by individual national governments . . . commercial, monetary, and antitrust policies—and even the domiciliary supervision of earth-straddling corporations—will have to be increasingly entrusted to supranational institutions.

This required “a considerable erosion of the rigid concepts of national sovereignty” and the elimination of the “antiquated political structures in which most of the world is organized” – in other words, sovereign nation-states – Ball told the lawmakers.

But even then, 53 years ago, the globalist plan was not new.

U.S. Representative Bertrand Gearhart (R-Calif.) was onto the game 20 years earlier, in 1947.

Gearhart described Foggy Bottom’s negotiators as “boatloads of smug diplomats, all-wise economists, experts, theorists, specialists and whatnots sailing gaily from our shores to barter away our economy, not in the interest of American prosperity, our standard of living, the welfare of our people, but in the interest of world uplift, of international do-gooding.”

“When the truth is told and the facts become known, the trade-agreements program will be revealed as . . . no less than a plot to merge the American economy with that of the world,” Gearhart predicted. “This, despite an inevitable destruction of our standard of living, our high wage scales, and our most favorable working conditions, in all of which is inextricably involved the American way of life… The danger at Geneva is a reckless disregard of America’s welfare . . . a determination to substitute international control for domestic control.”

The smart set dismissed Gearhart and his colleagues as kooks, or worse, as nativists and racists.

Coronavirus Is the Battering Ram

But even as elite opinion-mongers told the public dismantling national sovereignty was a fever dream of right-wing lunatics, amongst themselves they discussed how to do it. The Outer Party preached patriotism while the Inner Party practiced globalism.

Strobe Talbott served in Bill Clinton’s State Department when the World Trade Organization was founded. He now heads the Brooking Institution or the “we must cooperate with China” think-tank.

Talbott in 1992 described “The Birth of the Global Nation” in Time magazine: “Countries are . . . artificial and temporary. . . .Within the next hundred years . . . nationhood as we know it will be obsolete; all states will recognize a single, global authority. A phrase briefly fashionable in the mid-20th century – “citizen of the world” – will have assumed real meaning by the end of the 21st.”

Richard Gardner, a respected diplomat and Bill Clinton’s ambassador to Spain, explained: “The ‘house of world order’ will have to be built from the bottom up. . . . An end-run about national sovereignty, eroding it piece by piece, will accomplish much more than a frontal assault.”

Now, after decades of erosion, the Resetters are ready to storm the ramparts.

Coronavirus has replaced climate change as the preferred battering ram.

“There are many reasons to pursue a Great Reset, but the most urgent is COVID-19,” Davos Man tells us. “There is an urgent need for global stakeholders to cooperate in simultaneously managing the direct consequences of the COVID-19 crisis.”

The pandemic has an immediacy whereas climate change lies in the future. But whatever the problem, the solution remains the same: greater global coordination and cooperation.

Or as the Resetters tell us, “stronger and more effective governments“ along with “private-sector engagement every step of the way.” Strong government working hand-in-glove with private capital? I seem to recall there’s a name for that setup.

And with whom is all this cooperation supposed to happen? The parties responsible for creating the problem in the first place? Well, naturally, it is the Chinese Communist Party and its enablers, the multinational corporations and banks.

At the same time, we are told we should coordinate with the World Health Organization and collaborate with Beijing to create a vaccine against the China virus. Never mind, as The New York Times tells us, the Chinese have been rummaging through the files of the WHO to steal any information they can find to gain a national advantage in the vaccine race.

As the global neoliberal corporatists openly tell us what they are up to, there are a few inconvenient truths we cannot ignore.

The CCP is using the structures and institutions of the post-war international rules-based order as a Trojan horse to advance its goal of subjugating the industrial democracies of the West, foremost among them the United States.

Too many of the cheerleaders of that international order are blind to that fact, whether wittingly or unwittingly. While they have been dragged kicking and screaming into acknowledging the need to reform the WTO, for example, or to address the CCP’s multitudinous abuses, they remain unable to explain just how they would do it. “Dialogue” and “working with allies” are platitudes, not strategies.

The fact remains many of those internationalist cheerleaders are hopelessly compromised when it comes to China – financially, philosophically, or both.

The architects of the China engagement policy have yet to admit their error and issue full-throated apologies. We have heard no such mea culpas from Bill Clinton, Larry Summers, or the cadre of foreign policy “experts” likely to staff a Biden Administration.

Such apologies will not come easy. Their China policies were not one-offs, after all. They are cut from the same cloth as their grand design, which is the integration of sovereign nations into a seamless global economic order, its rules set by a central executive authority. Pull the China thread and the whole fabric unravels.

The undeniable fact is this: The apparatchiks of a Biden Administration would be down with the Great Reset; it’s what they were taught to believe and what they have worked to build for decades.

Conveniently, the new administration wouldn’t have to wait long to salute the new order. The Great Reset will be the theme of a summit in January 2021, convened by the World Economic Forum.