The War of All Men Against All Men 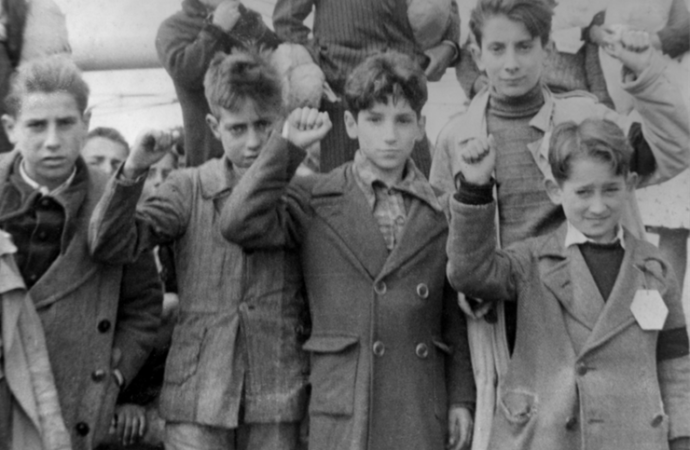 Chronicles: A Magazine of American Culture typically features a column called “What the Editors Are Reading.” In September’s issue, corresponding editor William Murchison looks at journalist Walter Lippmann’s Essays in the Public Philosophy, first published in 1955. There Lippmann wrote, “If what is good, what is right, what is true, is only what the individual ‘chooses’ to ‘invent,’ then we are outside the traditions of civility. We are back in the war of all men against all men.”

Have we reached that point? Have the ideas of postmodernism so thoroughly saturated our culture that the very idea of the “traditions of civility” is wearing a toe tag in the morgue?

Unfortunately, the answer to that question appears to be yes. With few exceptions, our culture has murdered the idea of objective truth, leaving us unable to agree on what is good, right, or true, even as regards fundamental issues. Most of us, for example, oppose child abuse, but some critics have applauded the lewd film “Cuties” with its sexualized adolescents, and we tell children who are too young to vote, drive a car, or drink a beer that they can decide to change their gender.

Facts have also taken a nosedive in our society. Look, for instance, at COVID-19. Were the lockdowns necessary? What is the actual death rate from the virus? Why are we still wearing masks? Has the fallout from this policy been more deadly than the virus?

It’s almost impossible to answer such questions objectively, because instead of sticking to facts, we made the virus a political and emotional tennis ball. Oppose closing schools, for example, and you risk being called a murderer.

Because we have dumped the good, the right, and the true, our political landscape is now a battlefield of hatred, denigration, violence, and, increasingly, murder. These battles occur closer to home as well. Many readers know of families broken apart by politics, or of friends lost due to support for a certain candidate or policy.

This vicious political animosity is new in modern American life. When I was a kid, my mother, a Republican, and her good friend, a Democrat, met at the voting station in Boonville, North Carolina to cast their ballots for Goldwater and Johnson. They smiled at each other, and then Mary Lou said, “Well, let’s go inside and cancel each other’s votes.”

How distant that cordiality seems.

And how fast we reached the point where visceral hatred for the opposition now sits in the driver’s seat of American politics.

More and more bloggers, journalists, and even politicians are predicting – some of them even encouraging – civil unrest in this fall’s election, even civil war. Google “election 2020 civil war,” and you will find dozens of commentators from the left and the right speculating about that possibility.

Many of these writers bring up the American Civil War for comparison. This is a poor analogy, because, with certain exceptions, that war was fought in conventional terms by two distinct geographical entities, the North and the South.

No – if we wish to investigate how such a civil war might look, we should instead turn to the Spanish Civil War.

This vicious conflict between Spain’s leftist Republicans and General Franco’s right-wing Nationalists led to thousands of atrocities: murder, execution, torture, rape, and imprisonment. Each side was guilty of these horrendous acts of barbarism, and often it was civilians rather than the military who carried out these black deeds. Reading of these acts of retaliation, from priests being nailed to church doors to the killing of women and children, should sicken us. Even after General Franco and his Nationalists won, for decades the hatreds between political opponents lingered, poisoning Spain’s culture.

If civil war ever again afflicts our great country, it would look like the Spanish Civil War, but far more vicious and with far greater consequences for the world.

Those who are rampaging in our streets today, in some cases unhindered either by the law or by our elected officials, and perhaps even encouraged by some of those officials, are the precursors of that war, and we are letting them get away with it. In the last 100 years, communists and fascists have sought and often gained power through the same means being employed today – street fights, calls to defund the police, and attacks on history and culture. We are allowing Marxists and anarchists to bring fire and mayhem to our cities, and no one ever explains why these vandals suffer so few repercussions for their pillaging and destruction.

Were I to do the same here in Front Royal, Virginia, were I to go to Main Street and heave a brick through the window of Schewel’s furniture store or try to fire-bomb the courthouse, I can tell you what would happen. I would be arrested, spend a few nights in jail, appear before a judge, and head off to prison.

So why have we allowed lawbreakers and vandals to carry out this near-daily destruction? In the permissive attitudes of some of our officials, are we not assuring more violence and mayhem now and after the next election?