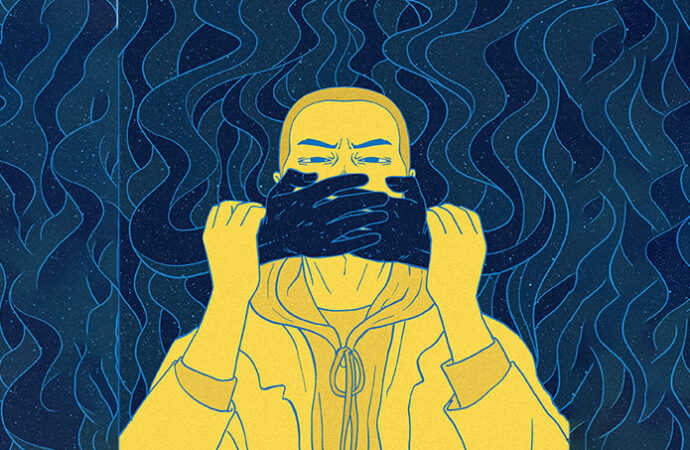 Recently I spoke with a teacher at an exclusive private school, tuition $40,000 per year, located in Northern Virginia. He described the ongoing deterioration of the school’s standards, including a dumbing down of academics, more cheating, parents demanding higher grades for their children, and a pervasive climate of political correctness.

Last week the school’s administration ordered all personnel to attend racial sensitivity sessions. My acquaintance made an innocuous comment having nothing to do with his classroom or with race, but with his disinterest in some of the mundane issues outside his purvey. A black female administrator took umbrage with his comments and labeled him as indifferent and insensitive. He’s now scheduled to meet with the dean and may lose his job after 25 years.

This scenario is played out daily in our universities and our secondary schools. We can imagine a history professor giving a lecture on Thomas Jefferson and being reported to college administrators for not being “woke enough.” A literature teacher asking students to read Huckleberry Finn is condemned for bringing a racist book to the classroom. A chemistry teacher refusing to join in some protest or another and finds herself sitting before a committee probing her political beliefs.

As John McWhorter writes in “Academics Are Really Worried About Cancel Culture,” these cases have a ripple effect, silencing not only conservatives but liberal teachers who might “dissent, even slightly, with the tenets of the woke left.”

McWhorter, who teaches linguistics at Columbia University, reports an increasing number of university teachers have written him about their fears of being ostracized or fired for expressing the “wrong opinions.” In a three-week period earlier this summer, he received approximately 150 such messages and gives samples of these emails including the two below:

An assistant professor of color who cannot quite get with the program writes, ‘At the moment, I’m more anxious about this problem than anything else in my career,’ noting that ‘the truth is that over the last few years, this new norm of intolerance and cult of social justice has marginalized me more than all racism I have ever faced in my life.’

A white professor read a passage from an interview with a well-known Black public intellectual who mentions the rap group NWA, and because few of the students knew of the group’s work at this late date, the professor parenthetically noted what the initials stand for. None of the Black students batted an eye, according to my correspondent, but a few white students demanded a humiliating public apology.

When McWhorter tweeted about these concerns, some accused him of twisting the facts or of outright lying. To back up his anecdotal data, McWhorter points readers to this study:

Heterodox Academy is a “non-partisan collaborative of thousands of professors, administrators, and students” whose goal is to promote free inquiry and constructive disagreement.

During the last decade, this attack on free inquiry, freedom of speech, and dissent from what McWhorter calls “new Maoism” has left the campus and spread like a contagion into corporations and workplaces. In many companies, diversity training of all kinds is now mandatory, and freedom of speech means offering one’s opinions within the accepted consensus of one’s fellow workers. The engines of social media routinely suspend accounts of those people who offer constructive disagreement.

Some are brave enough to buck this trend. One young man I know works for a software company with a staff of 30. He is the only employee who will, when political discussions arise, defend the policies of President Donald Trump and the Republican party. Others voted for Trump in 2016, and will do so again in this election, but are afraid to defend him in public.

For the last six months, we have watched this insidious trend grow among our bureaucrats, politicians, and mainstream media. Give data that contradicts their take on the coronavirus, for example, and you will be attacked as insensitive and even murderous. Condemn the looting and burning that has occurred in some of our cities, and you will be labeled a racist, which may be why mayors in places like Portland and Minneapolis have let mobs demolish their cities.

When making an arrest, the police read the suspect his Miranda Rights. This direct statement begins with these words: “You have the right to remain silent. Anything you say can and will be used against you in a court of law.” Substitute “the public square” for “a court of law,” and those two sentences pretty much sum up the dilemma faced by many academics and the rest of us.