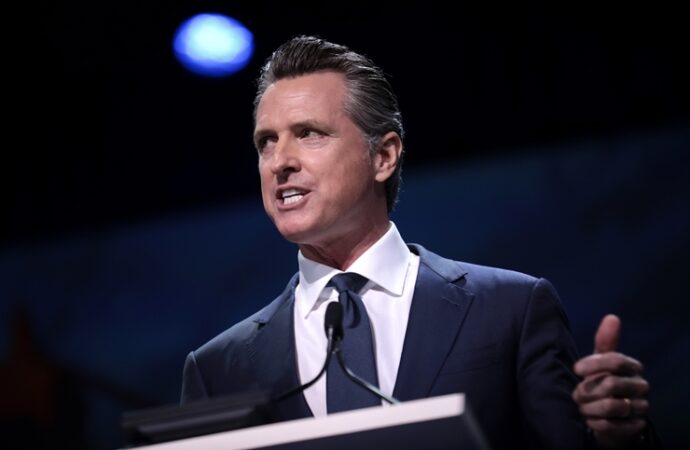 Democratic California Gov. Gavin Newsom signed legislation Saturday mandating that transgender inmates be housed in prisons based on the gender with which they identify.

SB 132 requires the California Department of Corrections and Rehabilitation to “house transgender, gender-nonconforming and intersex (TGI) individuals in a manner that matches their gender identity while supporting health and safety,” according to a press release from Newsom’s office.

“California has some of the strongest pro LGBTQ+ laws in the nation and with the bills signed today, our march toward equality takes an additional step forward,” the governor said in a statement. “These new laws will help us better understand the impacts of COVID-19 on the LGBTQ+ community, establish a new fund to support our transgender sisters and brothers and advance inclusive and culturally competent efforts that uphold the dignity of all Californians, regardless of who you are or who you love.”

Yesterday, Governor @GavinNewsom signed @Scott_Wiener‘s #SB132 requiring @CACorrections to house transgender, gender-nonconforming and intersex people according to their own sense of where they will be safest. #CaliforniaForAll https://t.co/F3Dl1xtcSj

— Office of the Governor of California (@CAgovernor) September 27, 2020

“Thank you Governor Newsom for once again proving you are a champion for LGBTQ people,” Wiener said in a statement, according to the press release. “SB 132 is life-saving legislation that will protect trans people in prison, particularly trans women who are subject to high levels of assault and harassment in men’s facilities.”

“Today is a great day for California’s LGBTQ community and yet another example of California’s deep commitment to LGBTQ equality,” he added.

Officers must ask the inmates privately what gender they identify as, Fox News reported. After this, the inmates can request that they be housed in a prison that aligns with their gender identity, and the corrections facilities cannot deny this request based on the inmate’s anatomy, the publication reported.

Newsom did not immediately respond to a request for comment from The Daily Caller News Foundation.