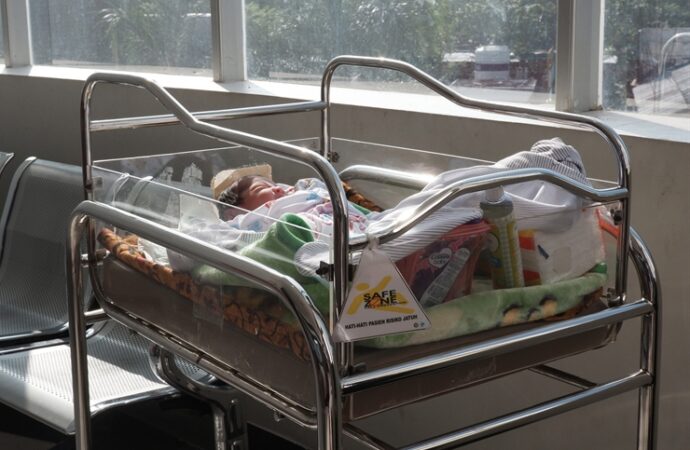 For the latest episode in the Reproductive Revolution, we turn to Scotland. A 16-year-old transgender girl, Ellie Anderson, died last month of “unascertained” causes, not long after commencing hormone therapy to enable him to become her.

We mustn’t ignore the sorrow of Ellie’s mother or the sadness of an early death. But asking what constitutes the real tragedy is important.

Two years before, Ellie, whose mother Louise claims that she had identified as a girl since she was three years old, had frozen her sperm so that she could have two children with the help of an egg donor and a surrogate mother.

“As a teenager she delayed hormone blockers to save her sperm to enable her to have her own biological children,” Ms. Anderson told the BBC. “She had made me promise that if anything were to happen to her, her children would be brought into the world. I am going to do everything I can to honor her wishes — not just for her but for anyone else who is caught in this position. It kind of sparked a little fire in my belly and I want to make her wishes come true.”

However, this is not legally possible in the UK and the sperm is supposed to be destroyed. If Ellie had been in a relationship when she died, the surviving partner would have had the right to ask for the sperm to be retained.

Her mother is not that partner and does not have that right.

The lawyer described Ms. Anderson’s request as an “unusual, interesting, important and complex legal issue”. He has set in motion a petition to the “noble office”, a unique feature of Scots law. This allows judges to mitigate or clarify a law which might otherwise be oppressive.

“What we’re trying to achieve would be to get an order from the court that Ellie’s mum would be entitled to make use of her sperm for the purpose that Ellie intended — that being to create a genetic child of hers and a grandchild for Ms. Anderson.”

If this does not succeed, they hope that the court will back a change in the law.

This would not be a good idea, as it would multiply the tragedy of this situation.

The first tragedy is, of course, Ellie’s premature death.

The second would be the birth of a child without a mother or father. Yes, the poor babe would have a grandmother, but how could Ms. Anderson possibly be a substitute for a normal family relationship? To judge from the meagre information to be gleaned from the media, the child would not even have a grandfather.

Every child has an internationally recognized right to natural parents, if ordinary decency were not enough to justify this commonplace. According Article 7 (1) of the International Convention on the Rights of the Child, he or she has “the right to know and be cared for by his or her parents”. A family with biological parents is normally where a child thrives best.

What Ms. Anderson wants is a keepsake of her son, a human being created to honor his memory. But human beings exist for their own sake, not as trophies.

In any case, as Gillian Bowditch, of The Times (London), commented: “There are many grandparents raising children successfully in Scotland who do so gladly with next to no support, but few would choose this path had it not been thrust upon them.”

The third tragedy was overlooked in the media coverage of Ms. Anderson’s unusual request. It is that the son to whom she gave birth 16 years ago died in a state of deep confusion about his biological vocation to become a father. Being a father is about more than being a sperm donor. It is a deep sense of personal responsibility to engender, love and care for another human being in a committed relationship with a loving woman.

The conception of “child” which filled Ellie’s imagination was bizarre. It involved reducing his masculinity to a biological accident, then emasculating himself, then hiring a woman to gestate an embryo, treating her like a brood mare or a prostitute.

Ellie died without understanding the deepest meaning of his burgeoning life. His upbringing (and his doctors) had thwarted the development of his own masculinity or even of his adopted femininity. The tragedy is not just that it was cut short but that it had been twisted to grow in an unnatural direction.

It will be interesting to see if an autopsy implicates the hormone treatment in the 16-year-old’s premature death.