Like the Soviets, Black Lives Matter Purges Its History 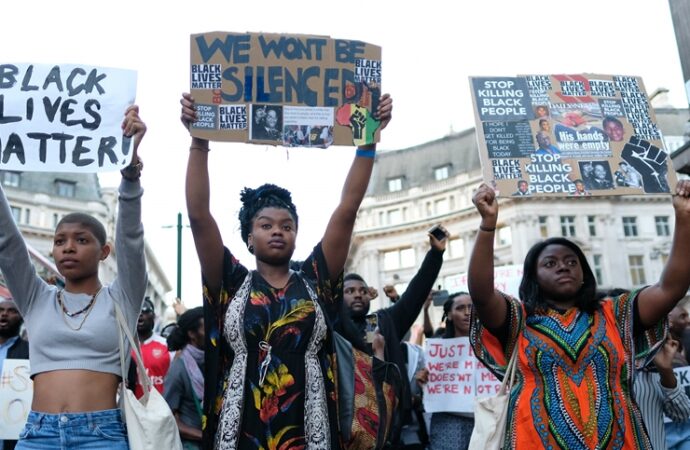 The Black Lives Matter organizations that swiftly captured the nation’s attention have expeditiously and quietly been softening their rhetoric and removing the most un-American statements from their websites. This is because the millions poised to agree with the slogan Black Lives Matter began distancing themselves from these organizations as their true intentions came to light.

From June through September, as people learned more about the destructive beliefs of the BLM organizations, support dropped 9 points in a Politico-Morning Consult poll. A second Pew Research poll also recorded a 9-point drop among those who strongly support the movement and an overall 12-point drop among U.S. adults.

Support varies by demographic, but the findings are unanimous: The more we know, the less we like.

In response, the BLM organization is employing the well-known Soviet practice of purging history.

“With little fanfare, Black Lives Matter removed a section of text that had been under a section called ‘What We Believe’ that sought to engender the destruction … of the nuclear family structure,” reports The Post Millennial, a Canadian news organization.

Also removed was the communist word “comrade,” put there on purpose as a wink to fellow Marxists and now removed so the rest of the country won’t catch on.

Rather than clear the air, “page not found” feels like a head fake that isn’t worthy of the moment.

In addition to dwindling public support, major donors have also moved away from the radical BLM organizations. Many iconic brands that declared their support for black lives after the horrific killing of George Floyd are doing so without giving to radical Marxist groups.

The CEOs of America’s largest companies, through their membership in the Business Roundtable, have an entire site dedicated to the more than $6 billion that has been so far dedicated to “public policy solutions and corporate initiatives to advance racial equity and justice.” Travel across the more than 80 links on the page and you see that these major employers are spreading their shareholder’s wealth around – and purposefully funneling it far away from the BLM organizations.

We applaud these profit-making capitalist enterprises for their awareness that it isn’t wise to bankroll communists intent on smashing capitalism.

BLM’s response to this massive abandonment isn’t statements of clarity, or even a reconsideration of its mission. It’s greater obfuscation – a lesson in public opinion warfare it perhaps picked up from friends in the Chinese Communist Party.

For example, in her Sept. 11 announcement being named executive director for the Black Lives Matter Global Network Foundation – the umbrella organization for the BLM global movement – Patrisse Cullors said nothing about the economy, jobs, or opportunity. Instead, the reader is treated to language about “cellular renewal,” capacity building, and organizational transition.

Readers will remember Cullors as one of the original founders of the BLM organization and a self-proclaimed Marxist. She and another co-founder, Opal Tometi, can be seen in this video praising Joanne Chesimard, also known as Assata Shakur – a communist convicted cop-killer who is now a fugitive in Cuba – and chanting the communist slogan, “We have nothing to lose but our chains.”

The only goal Cullors mentions in her announcement is “to ensure BLM grassroots has the tools and resources it needs to strengthen our movement on-the-ground.”

She’s back in charge – an affirmation of who they are at the core. All that’s changing is how they talk about themselves and how we might perceive them. Put another way, BLM is selling a product that no one is buying.

There’s no apology for riots that cost lives, ruined property, and channeled youthful, productive energies into unproductive activities – the rewards of which are permanent arrest records for untold thousands of our fellow citizens.

There’s no recognition that a guillotine outside Jeff Bezos’ Washington, D.C., home is an affront to those who aspire to choose their own path and voluntarily participate in the one economic system that has lifted more people out of poverty and generated more wealth than any other.

There’s no appreciation for fundamental truths about human development. That traditional family structures – as scientific consensus proves and our shared neighborhood experiences reveal – are what best position children and adults for better health, emotional well-being, and more.

The BLM organizations were never about affirming the foundational truth of equality for all Americans. They want wholesale submission to their devastating ideology.

Their verbal gymnastics and sleight of hand will continue. Even changing their name to “Blacks Loathe Marxism” wouldn’t excuse us from examining their words.

We wager that future polls will show further erosion of support. Donors will continue to give money to other organizations that are trying to bring benefits to individuals and communities.

A movement that is trying to divide us will find that we still have much in common, that the American dream comes in all colors, and we share an unshakeable belief in it and each other.