Just the Facts That We Refuse to Believe 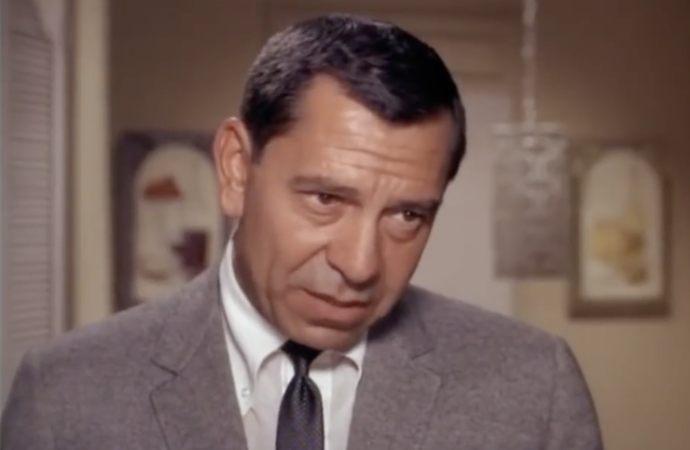 This saying is attributed to Police Sergeant Joe Friday on the popular television series “Dragnet,”  though Friday actually said, “All we want are the facts, ma’am.” Friday and his partner made evidence and facts the center of their investigations before drawing conclusions.

Today facts in our public square are as difficult to come by as toilet paper during the first month of the pandemic.

On August 29, writer Joe Hoft reported on the release of the latest statistics on coronavirus deaths from the Center for Disease Control. Hoft relates that of all those who died testing positive for this virus, only 9,210 Americans succumbed from the virus alone. All the rest had other serious illnesses.

Skeptical, I headed to the CDC website to check out Hoft’s statistics. There the latest report states that only 6 percent of Americans, a figure in line with Hoft’s numbers, have died of coronavirus without any other cause of death: “For 6% of the deaths, COVID-19 was the only cause mentioned. For deaths with conditions or causes in addition to COVID-19, on average, there were 2.6 additional conditions or causes per death.”

So fewer than 10,000 Americans have died solely from COVID-19, and most of the others had not just one comorbidity, but several.

Though all deaths from COVID bring grief to friends and family members, the percentage of deaths from the virus alone is statistically insignificant. It’s less than .00333 percent of our population.

I was blown away. For this, we have lived in fear and isolation for six months?

Like Joe Friday, Dave Rubin, the host of The Rubin Report, respects facts and evidence. In Don’t Burn This Book: Thinking for Yourself in an Age of Unreason, Rubin describes his fact-based transition from progressivism to classical liberalism and encourages readers to do the same. He offers us this formal definition of classical liberalism: “a political philosophy and ideology belonging to liberalism, in which primary emphasis is placed on securing the freedom of the individual by limiting the power of the government.”

Realizing the importance of evidence to an argument is what started Rubin on this journey. In January 2016, Rubin brought conservative talk show host and writer Larry Elder onto his show, where he asked Elder, an African American, about “‘systemic racism’ in America—a social theory I presented as fact.”

Elder asked for an example. “Tell me what you think the most systemic [racist] issue is.”*

When Rubin brings up police shootings of blacks, Elder asks, “What’s your data? What’s your basis for saying that?” He then bombards Rubin with statistics ranging from police interactions to the plight of the black family. In in Don’t Burn This Book, Rubin describes the interview as a whole as his “intellectual execution,” and he recognizes this exchange in particular as “the biggest defining moment of my professional life.”

Again and again, in Don’t Burn This Book, Rubin brings facts and reason to the battlegrounds in American culture: gun control, abortion, free speech, and more. Because of this approach, many of his fellow progressives have ended their friendship with him. Conservatives are unhappy with some of his stands as well. But as Rubin points out – and this is one of the primary lessons of the book – we need to be able to look at evidence, ponder it, and, like those detectives in Dragnet, reason our way to a conclusion.

Near the end of Don’t Burn This Book, Rubin writes:

“As we have progressed in terms of freedoms, rights, and tolerance, we have regressed in defense of what got us here in the first place. Postmodernism, now the main school of thought at so many of our academic institutions, has rejected objective truth in exchange for subjective feelings.”

When we discard objective truth, when we protest the shootings of blacks by police – many of whom are people of color themselves – as if they were an everyday occurrence, we have ditched facts for emotions. The Antifa and Black Lives Matter mobs rampaging in the streets of some of our cities are clueless as to truth, or disdain it, and run on the fuel of feelings.

Many of our leaders and bureaucrats also put their ideology above evidence and reason. For twenty years these people have again and again failed in both foreign and domestic policy. From Libya to the violent streets of Chicago, from our relations with Communist China to the torched Mom and Pop stores in Kenosha, they have revealed their ineptitude, often because they ignore evidence and so reach terrible conclusions.

For months now, we’ve heard newscasters and politicians tell us that tens of thousands of otherwise healthy Americans were dying from the virus, that police officers are racist murderers, that the protests in cities like Portland, Washington D.C., and Kenosha were mostly peaceful, that President Donald Trump is the cause of the riots, that all whites are, by virtue of the color of their skin, racist. On and on it goes, assertions and accusations without facts.

Where’s Joe Friday when you need him?