How to Maintain a Partisan Friendship During an Election Year 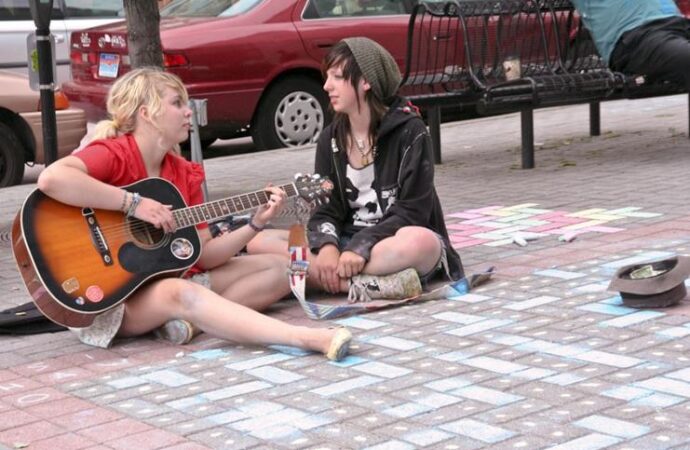 Throughout literary history, without concern for era or genre, there have been a slew of authors who happen to strike up long-lived friendships with fellow writers. Tolkien and Lewis, Emerson and Louisa May Alcott, and Twain and Ulysses S. Grant comprise a few exemplary pairs of writer-friends.

However, one relationship among literary giants is often forgotten. It involved two British writers who had equally grandiose personalities, though rather opposing perceptions of the world.

One was an atheistic socialist; the other a faith-based conservative. One was a science-fiction novelist and historian; one a columnist, poet, and mystery novelist.

These two men respected each other, despite their clashing dispositions, and were able to communicate on polite terms, something modern debaters could take a cue from. They were the well-revered H.G. Wells and G.K. Chesterton.

Their charm matched with their tempered persistence made for appealing, intellectually-stimulating conversations. Or at least they thought so.

Chesterton was rather known for his open affiliation with individuals whose beliefs he firmly disapproved of. Wells stood just as firm in his own ideals. He openly stated he was immoral, referring to his sexual tendencies, though on what rationale he based this it is uncertain.

But on one occasion Wells is also noted for saying, “If I ever get to Heaven, presuming there is a Heaven, it will be by the intervention of Gilbert Chesterton.”

Chesterton, likewise, held his friend Wells in high esteem for his willingness to explore varying realms of philosophy. The columnist once hailed Wells as “the only one of many brilliant contemporaries who has not stopped growing.”

Wells insisted on the theory of eugenics, a concept that may likely have influenced the degenerated depiction of humanity’s future in The Time Machine (1895). Wells was quite involved with eugenics theory, though the concept would eventually show signs of societal damage. Chesterton challenged this mentality of Wells (and others) in Eugenics and Other Evils (1922) with responses such as:

The Eugenic optimism seems to partake generally of the nature of that dazzled and confused confidence, so common in private theatricals, that it will be all right on the night.

Nevertheless, in the coming decades, eugenics proved itself to be a driving factor behind the master race ideology of Nazism and the subsequent Holocaust of World War II, which took the lives of millions.

In many of his own fictional novels, Wells explored a bestial dimension of humanity, while Chesterton viewed the human person as made in the image of the Divine. It comes as no surprise then when we notice Wells promoting Darwinism and see that Chesterton is unexcited by the idea of macroevolution.

These two men could not be more different. But their relationship displays an equilibrium in the faculties of listening to one another and having mutual respect. The result was a shared understanding. The aura of this friendship is something that ought to be envied by modernity, especially under the current political climate in the United States.

The current state of American politics is plagued by partisanship and polarization. It’s been building for years. As opposing sides drift farther apart, the less they perceive as having in common. Policymakers and citizens continually grow more staunchly unwelcoming to the ideals of their opponents.

Moreover, they begin to look at one another in disgust, associating a dirty name with the people of dissimilar political agendas. These unassociating parties develop what is commonly referred to as their own “political bubbles.”

This phenomenon might be uncomfortable to discuss, but it’s happening. Analysts and critics from varying positions have frowned upon this ongoing, contrasting dissemination and have warned about its damaging consequences.

According to Pew Research, polarization is included as a “defining feature of American politics today.”

A 2013 report from The Breakthrough Institute points to rampant and severe polarization within Congress and within various states at that time, claiming this as detrimental to the functionality of liberalism.

Additionally, both national political parties struggle with partisanship within their own ranks, which becomes particularly evident come election time. This not only inhibits individual ideological goals, it makes it very difficult to come to an agreement on weighty issues.

Currently, with regards to policymaking, the polarization witnessed between parties is making it harder to deliberate on COVID-19 precautions and subsequent action. This is a case in which public safety has become jeopardized through the incapacitation resulting from polarization.

A mentality similar to that within policy is seen in voters, as noted by the Breakthrough report. Political differences cause apparent enmity between neighbors.

Friendships are dissolved, and arguments degenerate into personal attacks laced with hateful rhetoric. And there are plenty of tweets to support this.

As experienced by the American public, different beliefs—both presently as well as historically—have brought about societal strife leading to belligerent yelling matches, physical antagonism, or worse.

We look around, and it seems like no one can debate among friends. I rather think healthy debate should be fostered between friends as it was in the relationship shared between Wells and Chesterton.

A number of psychologists have looked unfavorably on polarization. Research in recent years, undertaken by psychologists at universities such as Stanford and Princeton, has suggested that political preferences have become deeply ingrained social identities. These tests also supported an argument proposing political polarization as being more stringent than racial polarization.

It’s clear that polarization damages relationships, hurts society, and stifles necessary action. The biggest problem with it is that it severs communication and cooperation between people. However, the friendship that Wells and Chesterton enjoyed offers diplomats and debaters something extraordinarily superior to polarization: a conversation.

What Wells and Chesterton Offer

Wells and Chesterton had a bond, the likes of which have seldom been replicated in either the 20th or 21st centuries.

The amazing thing is that in their encounters they were not enemies at heart. Certainly, each disapproved of many of the positions the other took. Their inner lives were comparatively as similar as a frosted cake and broccoli.

But they did not let mere differences force them into immediate and unrelenting harshness, which is so typical of debates between people nowadays. They were fully themselves and open with one another.

Even in their paper correspondence, the 20th century equivalent to tweets, they were quite diplomatic. They realized a belligerent inflection isn’t going to get one’s point across any clearer. And each knew that breaking a relationship would be of no benefit to either.

Perhaps they shared something more. An adherent of Darwinism, Wells would have a difficult time denying that a lack of cooperation can lead to self-destruction. Cooperation is a key ingredient in the prospects of survival. Similarly, Chesterton, holding high his Christian beliefs, recognized division as a breakdown of community.

Perhaps this was something that each could not walk away from. Instead, they embraced it.

Wells and Chesterton not only recognized the dignity of one another; they also listened to one another. Each internalized the other’s perspective. This kind of relationship is something humans should seek to emulate.

In both American politics and sociability, we need more unbashful, polite friendships like that of H.G. Wells and G.K. Chesterton.

John Tuttle is a journalist whose writing has been featured by The Hill, University Bookman, and Tablet Magazine. He has done research and editorial work for Arizona State University and the University of Notre Dame. He has also served as the prose editor of Loomings, the literary magazine of Benedictine College.