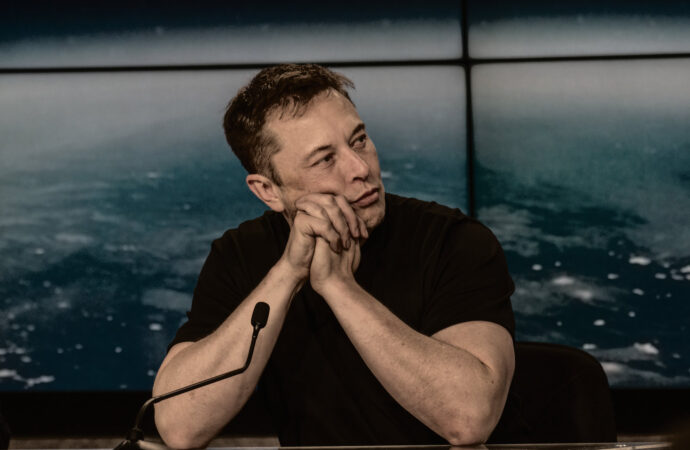 Tesla founder Elon Musk is often compared to Tony Stark, the self-described “genius, billionaire, playboy, philanthropist” who fights bad guys in his high-tech “Iron Man” suit in the Marvel movies, as played by Robert Downey, Jr. It’s no wonder, given that Downey, Jr. partially based his characterization of Stark on Musk.

The similarities between Musk and Stark are real. Both are brilliant, silver-tongued tech wizards who share an aversion to authority and an affinity for controversy, though Musk is now far richer than Tony Stark ever was.

Marvel geeks estimated Stark’s net worth to be a mere $20.3 billion. That’s about one fourth of Musk’s estimated worth following the summer surge of Tesla’s stock – up 600 percent on the year as of early September – which briefly sent Musk’s net worth north of $100 billion.

Tesla’s success seemed to irritate some people, including former Secretary of Labor Robert Reich, who last week accused Musk of being a “modern-day robber baron” for cutting the wages of workers by 10 percent for several months during the COVID-19 pandemic.

“Tesla forced all workers to take a 10 percent pay cut from mid-April until July,” Reich tweeted. “In the same period, Tesla stock skyrocketed and CEO Elon Musk’s net worth quadrupled from $25 billion to over $100 billion. Musk is a modern-day robber baron.”

“All Tesla workers also get stock, so their compensation increased proportionately,” Musk retorted in a tweet. “You are a modern day moron.”

All Tesla workers also get stock, so their compensation increased proportionately. You are a modern day moron.

The “modern day moron” quip was perhaps ungentlemanly, but it was particularly reminiscent of a memorable Tony Stark moment.

Marvel fans will recall a famous scene from Iron Man 2 involving Stark and U.S. Senator Henry Stern, played marvelously by the late comedian Garry Shandling. In a Senate committee hearing, Stern, the Chairman of the Armed Services Committee, makes the case that Stark’s Iron Man suit was a threat to national security and should be handed over to the government. Stark rejects Stern’s demand with a simple property rights defense claim.

“You want my property? You can’t have it,” Stark declares. “But I did you a big favour. I’ve successfully privatized world peace.” (Stark rises and turns to the audience, who applauds.)

Stark then directly insults the committee, prompting Sen. Stern, who we later learn is a member of the evil shadow organization Hydra, to launch a series of (censored) expletive-filled commands at Tony.

The Real Source of the Musk-Reich Feud

Musk appeared to win his tilt with Reich, much like Tony Stark did with Sen. Stern.

Reich fell victim to zero-sum thinking, assuming that Musk’s gains must have come at the expense of Tesla’s workers. This was a flawed assumption. While it’s true nobody likes a 10 percent pay cut, as shareholders Tesla workers are also reaping the rewards of the stock surge. This means that workers with even a modest stake in the company are likely much richer than they were before the pandemic.

Reich’s real beef was not Tesla’s stock price, however. A separate post on his feud with Musk makes it clear he takes issue with other labor related practices at Tesla, including Musk’s successful attempt to reopen Tesla’s factory in Fremont, California in defiance of the county’s lockdown orders.

“The problem isn’t only that Elon Musk has a net worth of about $100 billion when tens of millions of Americans are barely getting by,” Reich explained at Common Dreams. “It’s that he’s made this money while treating his workers so badly.”

Reich, the Secretary of Labor under President Clinton (1993-1997), argued the action needlessly put auto-workers at risk, though he doesn’t say why Tesla workers would face any more risk than the millions of American workers at grocery stores, restaurants, and other economic sectors who produce the goods and services humans need to survive.

Indeed, FEE’s Dan Sanchez applauded Musk for his act of civil disobedience, noting that by peacefully defying a tyrannical order Musk effectively nullified it, allowing Tesla employees to earn a living by producing cars for consumers.

As Musk pointed out in May, there is no Horn of Plenty that produces these goods. They have to be produced.

“If you don’t make stuff, there’s no stuff,” Musk pointed out to Joe Rogan. “You can’t just legislate money and solve these things.”

Reich clearly doesn’t see things this way, and he took umbrage over the fact that Tesla reportedly fired two workers who didn’t return to work after the Fremont plant reopened. Which brings us to Reich’s primary grievance with Musk and Tesla.

“Tesla is the only large US automaker without a unionized workforce,” writes Reich.

The Entrepreneur vs. the Intellectual

It’s a difficult question to answer, and not just because historians have shown the robber baron narrative is largely a myth. The truth is there are some similarities between Musk and the 19th century capitalist titans, including the fact that many of them benefited from government largesse, just like Musk himself has.

But perhaps the best way to answer the question is to look at the actual contributions of Musk and Reich, both of whom have had incredibly successful careers.

Reich was educated at Dartmouth, Oxford, and Yale. He served in the Ford, Carter, and Clinton administrations and has been a professor at Harvard and Brandeis University. He ran for governor of Massachusetts in 2002, but lost the Democratic nomination to the person who’d lose to Mitt Romney. He has authored 18 books and has been a contributing editor for publications ranging from The New Republic to Harvard Business Review to The Atlantic and The New York Times. He has been featured on TV by hosts like Anderson Cooper, Larry Kudlow, and George Stephanopoulos. He even had a Netflix documentary titled Saving Capitalism.

All of this has paid off for Reich. His net worth is estimated to be $4 million. But it’s unclear if Reich has ever created anything of value beyond intellectual property. The one company listed on his bio – Inequality Media, a nonprofit digital media group he launched in 2015 – employs eight people, including Reich himself. The company’s primary purpose appears to be promoting Reich.

The Musk Foundation, which is funded solely by Musk, has made grants of more than a quarter billion dollars in areas such as renewable energy research, space exploration, children’s medicine and research, and STEM education.

Critics say the foundation is an attempt to shield Musk from tax liabilities, but either way the funds are the result of Musk’s success: wealth creation.

Reich, on the other hand, has been successful as an intellectual, primarily as a champion of labor unions. He’s good at it, but, unlike Musk, his work doesn’t actually create any wealth.

“Yet the blunt truth,” as economist and journalist Henry Hazlitt explained, “is that labor unions cannot raise the real wages of all workers. We may go further: the actual policies that labor unions have systematically followed from the beginning of their existence have in fact reduced the real wages of the workers as a whole below what they would otherwise have been. Labor unions are today the chief antilabor force.”

The people who benefit most from labor unions are people like Reich: organizers and advocates. He’s had a very successful career telling others what they ought to do with their own property and capital, but it’s entrepreneurs who make the world materially better.

Moreover, Tesla is not Reich’s property. It’s not his capital.

Tony Stark had the right response for politicians trying to use government coercion to take or give away what doesn’t belong to them.

“You want my property? You can’t have it.”