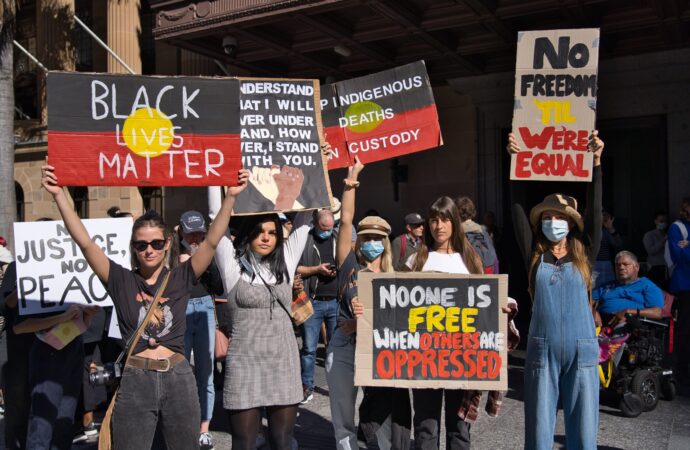 The Trump Administration put critical race theory on notice this month. The White House issued a directive outlawing the inclusion of exercises based on this theory in government training. “These types of ‘trainings’ not only run counter to the fundamental beliefs for which our Nation has stood since its inception, but they also engender division and resentment within the Federal workforce,” the directive declared.

Government agencies, such as the Department of Education, followed the directive’s lead and now aim to root out this insidious indoctrination. The Education Department’s memo singles out training “that teaches, trains or suggests the following: (1) virtually all White people contribute to racism or benefit from racism (2) critical race theory (3) white privilege (4) that the United States is an inherently racist or evil country (5) that any race or ethnicity is inherently racist or evil (6) Anti-American propaganda.”

This is a strong and correct move by President Trump. Researcher Christopher Rufo has done a phenomenal job exposing these racist, anti-American teachings. Critical race theory has no place in our government and it’s commendable that the president is doing something about it.

Consider the Department of Veterans Affairs training on the subject. In its standard PowerPoint, it criticizes the idea of the American melting pot and tells employees to think of America as a “vegetable soup instead.” It supports resistance to assimilation, with one bullet point declaring: “Members of various cultural groups may not want to be assimilated, they want their tastes, looks and texture to remain whole.” The PowerPoint extols diversity as the greatest thing ever, claiming there is a business, economic, and human imperative for this trait.

“Diverse teams are more creative and perform better in problem-solving than homogeneous teams,” the training states. It also argues: “the human costs of intolerance to diversity is incalculable.” The training curiously blames the 1986 Challenger disaster on NASA’s lack of diversity. The presentation also presents a case where an employee is supposed to overlook a Costa Rican worker’s tardiness and lack of apology due to cultural differences.

This is less outrageous than teaching employees to hate whites or whites to hate themselves, but it is still left-wing indoctrination.

Some departments are even keeping critical race theory training and simply changing the name. On Monday, Rufo exposed a Centers for Disease Control and Prevention teaching series that demands white employees acknowledge their privilege and claims America was founded on white supremacy. Thankfully, the administration announced the session was canceled soon after it was exposed, but there could be many more like it skirting the president’s directive.

Sources tell me that the proposed directive was supposed to target all diversity training. That would make perfect sense, since much of the material and coursework also encourages white privilege-checking and anti-American views. But administration officials, fearful of a backlash, scrapped this expansive plan in favor of one more narrow in its aim at critical race theory training.

Of course, it’s good that government employees will no longer be subjected to the more radical versions of diversity training. White employees won’t be told directly they’re racist and that they need to check their white privilege. They also probably won’t be told that America was founded on white supremacy and racial exploitation.

But the directive does not eradicate the woke rot within our government. The new plan merely restores the government’s level of indoctrination back to how it was under Barack Obama. Sadly, this training is not just limited to the government—nearly every corporation imposes some form of this indoctrination on their employees. Some corporations are implementing the radical anti-white training the administration is scrapping for government employees.

The Democrats want all of this to be expanded in the public and private sectors. Senator Bob Menendez (D-N.J.) introduced legislation in July that would demand more diversity and inclusion initiatives from government agencies and contractors. Under the legislation, agencies and contractors would have to submit diversity plans to boost this most cherished project in their offices.

“Our Federal Jobs Act strives to make a government by the people and for the people, look more like the people it represents. Increasing diversity in the workplace also creates a culture of inclusion that is reflected in the policies and programs advanced by the federal agencies, giving visibility and a voice to communities that are often left behind,” Menendez said of his bill.

Democrats also have legislation targeting private companies to make sure they comply with the diversity cult. The Promoting Diversity and Inclusion Act of 2019 is one such example. The bill would rate financial institutions based on how much they promote diversity and inclusion, essentially making this trait equivalent to a bank’s assets.

“When you have power, you have to use it,” said bill sponsor Rep. Al Green (D-Texas). “We have the power. Regulations may be the thing to do. I think the carrot was a good idea, but after having heard some things today, I think we have to move to the stick, that’s regulations.”

“Move to the stick” is a good summary for how a government entirely controlled by the Democrats will promote diversity.

Trump can counter this dystopian vision with a more aggressive attack on diversity and inclusion training. America is a meritocracy that should not prize workers based on skin color. It should focus on training the best workers to do their jobs effectively. Diversity training shifts employee and employer focus toward left-wing imperatives and away from getting the job done right. It’s anti-American and a waste of resources.

In the words of our president, this is a sickness that cannot be allowed to continue.