Americans Need a Lesson From ‘The 1620 Project’ 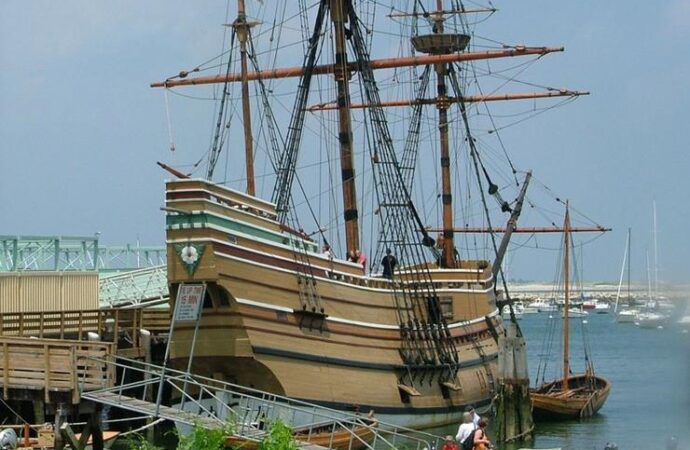 This week marks a momentous anniversary for the United States. On September 16, 1620, the Pilgrims set off on the voyage which launched the birth of a new nation.

Once upon a time, such an anniversary would have been greeted with pomp and circumstance. As Mark David Hall notes in his Chronicles article, “The 1620 Project,” thinking greats such as Daniel Webster and Alexis de Tocqueville praised the Pilgrims and their Puritan beliefs, the former declaring the Puritans the “authors of American ‘civil and religious liberty.’”

Perhaps the Pilgrims will still receive a day in the limelight come December, which marks the 400th anniversary of their arrival on American shores. Color me skeptical, but I strongly doubt it.

Why? The Pilgrims – despite their amazing exploits in pulling up stakes, sailing across an ocean in what we now consider a primitive vessel, settling in a new world with women and children, and laying the groundwork for the American system of government – are not in sync with what modern culture portrays as heroes. Today’s medals of valor go to those who no longer identify with their biological gender or those who riot and loot, supposedly in the name of fighting systemic racism.

Besides, many today would argue that Puritans such as the Pilgrims were completely intolerant – just look their mistreatment of those who held different religious! Look at the Salem witch trials! These arguments are the foremost complaints against America’s early Puritan founders. But the facts tell a different story, as Hall explains.

While Hall condemns the Salem witch trials, he also points out that the early American Puritans were acting in line with their times, and were in fact far more lenient in their prosecution of witchcraft than people who remained in Europe. When it comes to a famous incident of religious intolerance – the execution of several Quakers in Boston in the mid-1600s – Hall contends that there is more to the story:

In 1657, the Quakers William Robinson, Marmaduke Stevenson, and Mary Dyer arrived in Boston. Viewed as disruptive heretics, they were imprisoned and then banished upon pain of death. Robinson and Stevenson refused to leave and were imprisoned again, whereas Dyer left but later returned. In 1659, the three Quakers were banished a second time, and again the men refused to leave. Dyer departed and, once again, returned. At that point, all three were sentenced to death. The two men were hanged, but Dyer was granted a last-minute reprieve and was banished once more. She left Boston and, probably to no one’s surprise, later returned. This time she was hanged. A fourth Quaker was executed in 1661.

Four Quakers hanged on Boston Common is four too many, but it should be noted that they were banished not for their beliefs per se, but because they were viewed as being disruptive and dangerous to the social order. They were executed for violating the terms of their banishment.

In other words, the Puritans seem far more tolerant and longsuffering than today’s woke crowd.

“But,” some may protest, “these Quakers were actually killed! The woke individuals in our society aren’t doing that, just protesting!”

But is that even true anymore? Consider society’s prevalent attitudes. Many who loudly and proudly protest against systemic racism and injustice in society don’t seem to value unbiased judgements; instead, they jump on the woke train, ready to tear someone to pieces if it seems they are disrupting or opposing their preferred social order. Consider the man who drove the tanker onto Minneapolis’ 35W bridge while protesters were occupying it. Protesters physically accosted the man, assuming his action was intentional, when in fact, as it was later learned, the incident was accidental and caused by authorities not being able to shut down the road quickly enough after protesters swarmed the bridge.

Or consider the more recent shooting of two California police officers in their car. The officers were ambushed in an unprovoked attack. Despite this, a group of people descended on the hospital where the two were receiving treatment, angrily proclaiming their hope for the officers’ deaths. Where is the tolerance in this? It seems like a severe case of injustice rather than a fair treatment of the facts.

The legacy and bravery of the Pilgrims will likely be overlooked in the year marking their 400th anniversary of arriving on these shores. They will be overshadowed by a narrative which describes them and other American founders as racist bigots. That’s a pity. If we truly examined the facts in their historical context, chances are we might actually learn something about toleration and justice from them.

Want to know more about “The 1620 Project”? Check out our Backchannel program with Mark David Hall!