America Suffers Under the Iron Law of Bureaucracy 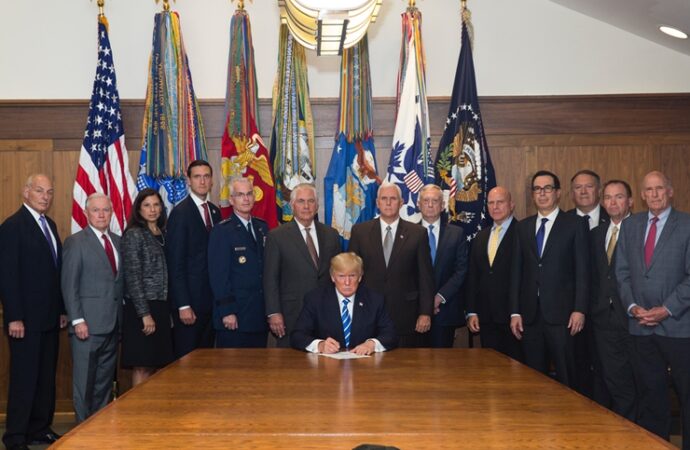 America is entangled in a net of its government’s own making, one which blocks innovation, tramples individual rights, and costs taxpayers billions of dollars. This cursed net goes by one name: bureaucracy.

At the beginning of the 19th century, the U.S. federal government had just five departments: State, Treasury, War, Navy, and Post Office, the last of which was formed in 1792. While the 19th century saw the addition of only three departments, a complicated departmental history saw the number of departments nearly double in the 100 years from 1903 to 2002, with a net gain of seven departments. Four of these were created in the last 50 years alone.

It is the aforementioned federal departments, governed by unelected rule makers rather than duly elected representatives of the people, who have the biggest impact on the lives of many Americans. It is surely they who most abuse the 10th Amendment.

Bureaucratic departments such as these exist at a great cost to Americans. The Department of Health and Human Services alone had a budget of nearly $1.3 trillion in 2020.

With leaders appointed by the president, and unnamed bureaucrats – who need not fear elective repercussions – the federal bureaucracy is a cancer which has metastasized throughout the American political system and all but destroyed the 10th Amendment.

Bureaucrats are people, too, and everyone needs a job in order to eat and put a roof over their heads. It is against the self-interests of those managing and employed by these departments to scale back the scope of their responsibilities, trim jobs, or reduce their departments’ budgetary needs.

This is why we see bureaucrats of all stripes call for ever more levels of government. This is why federal rules often cause more harm than good, even in how to respond to natural disasters. This is why federal politicians believe they can push a top-down educational agenda across the country. It is rule by supposed experts, experts who are well-shielded from being fired by an irate public every other November.

Even when ordered to change their programs, behaviors, or attitudes, bureaucrats will sometimes simply try to find a way to worm around a direct order from the president. But even if every bureaucrat perfectly executed the will of the president, they still hold more power than is healthy for unelected individuals to wield over Americans.

We need to return to the founders’ intent with the 10th Amendment, summed up so well by Thomas Jeffersonin a letter to Joseph C. Cabell:

No, my friend, the way to have good and safe government, is not to trust it all to one; but to divide it among the many, distributing to every one exactly the functions he is competent to. let the National government be entrusted with the defence of the nation, and it’s foreign & federal relations; the State governments with the civil rights, laws, police & administration of what concerns the state generally; the Counties with the local concerns of the counties; and each Ward direct the interests within itself.

Restoring this idea will take far more than one election cycle. It must be a sustained political and educational effort, one which reminds each American of their rights, and each level of government of their duties and limitations.

Are 21st century Americans up to this arduous task?