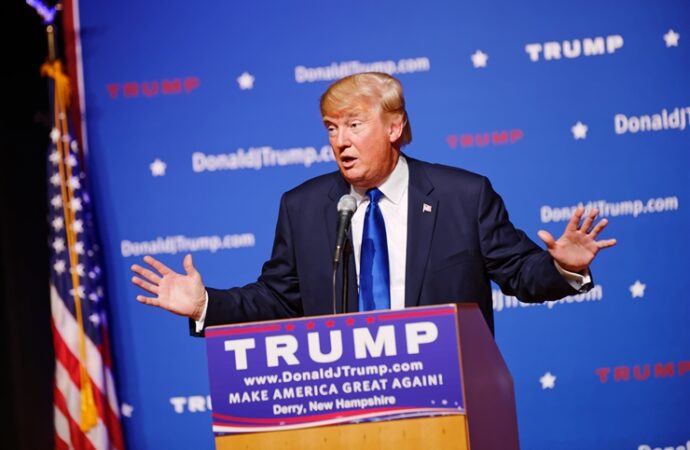 Lately I’ve been watching Donald Trump’s press secretary, Kayleigh McEnany, and deputy press secretary, Hogan Gidley, argue with Fox News anchors who insist that Trump is trailing Biden in the presidential race by at least seven points – perhaps more – and is likely to be whipped in all the battleground states.

Fox News celebrities appear puzzled or offended when Trump’s staff challenge the supposed infallibility of their polling numbers. McEnany and Gidley insist that the polls Fox News cites are skewed toward Democratic respondents and do not account sufficiently for likely voters and Republicans. They also bring up the demonstrable fact that most Republican voters refuse to answer pollsters. Indeed, who can blame these voters? Many Trump supporters are terrified that they may lose their jobs or worse if they openly admit their political preferences.

McEnany and Gidley defend their positions without being rude, but usually let the issue go. Why be confrontational when you have a boss who specializes in going after his critics? Nevertheless, the two seem to have more grounds for their position than simply puffing their employer.

It’s also hard to imagine how Kamala Harris brought assurance to those impacted by urban riots when she uttered these words as Joe Biden’s newly-appointed running mate: “We are experiencing a moral reckoning with racism and systemic injustice that has brought a new coalition of conscience to the streets of our country demanding change.”

I wouldn’t expect Fox News pundits to agree with the implications of a commentary I recently published via The American Conservative, and which was echoed in Joseph Cotto’s critical examination of mainstream pollsters, namely that Trump may be poised to run away with the race. But I would expect at least some skepticism about polls that have repeatedly been called into question, especially since Fox News has a reputation for being pro-Trump. Perhaps that last point is why Trump’s staffers look a little puzzled that their plausible counter-polls and figures are so peremptorily rejected by those on Fox News.

All this causes me to wonder what the end game is for those who adamantly feature hardly airtight data showing Trump going down to a crushing defeat. As far as I can figure out, these pundits are pursuing one of two ends. One, they are trying to push Trump into adopting their pet stands to stave off what they believe is an otherwise inevitable humiliation at the polls. These stands, as far as I can tell, are being more sensitive to grievances advanced by Black Lives Matter, treating the coronavirus pandemic with the appropriate gravity (by showcasing the wearing of masks), and perhaps reaching out more to white suburban women. In this case “conservative” Fox News may be combining strategic concerns with their personal political values.

Two, those on Fox News who huffily reject challenges to their polling may really want to see Trump lose. Several commentators, such as Chris Wallace and Dana Perino, seem to detest Trump, and others on the same channel barely hide their disdain for him. There are also sponsors who were indignant when Tucker Carlson went after “conservative” politicians and foundation heads who issued statements that seemed conciliatory to race hustlers. And we have not even begun to consider those contributors and Fox News all-stars, who are emphatically progressive and whom the channel pays to provide diversity. Why wouldn’t one assume that at least some of those who are stressing depressing poll numbers for Trump are trying to convince viewers not to bother voting for a sinking candidate?

Having made this last point, let me add that I think the first hypothesis is the more probable, namely that those who are pushing the depressing poll numbers for Trump are trying to get him to do what they want. What I do not believe, however, is that those who refuse to consider conflicting or inconvenient poll results are unaware of their instructional value – they just have a vested interest in ignoring them.