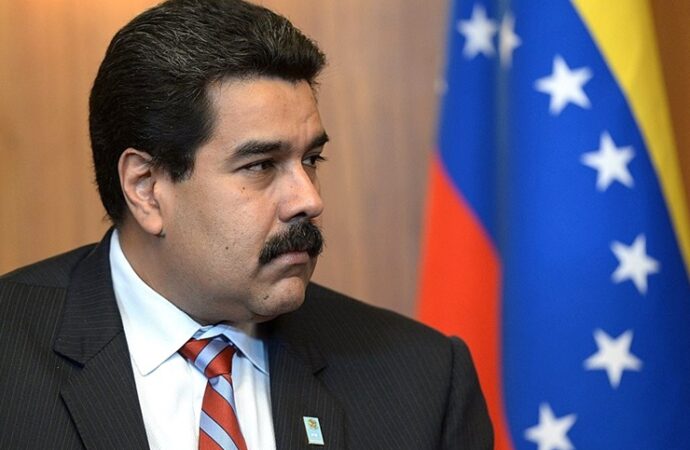 Totalitarianism has reached a new low.

“Venezuelan officials are denouncing people who may have come into contact with the coronavirus as ‘bioterrorists’ and urging their neighbors to report them. The government is detaining and intimidating doctors and experts who question the president’s policies on the virus.”

The Stasi have come to Venezuela, and anyone who dares disagree with President Nicolas Maduro’s handling of COVID-19 should fear not only their government, but each and every one of their neighbors, any one of whom might be a loyalist spy.

Maduro and his government are treating sick people infected with COVID-19 as less than human. The lepers of yore, shipped off to isolated colonies of the afflicted, perhaps lived in less fear than Venezuelans with this novel coronavirus. At least the lepers’ disease was self-evidentiary based on the lesions clearly visible on their skin. They need not have feared the neighbors’ potential ties to the government. But now every Venezuelan will be wary of coughing or complaining of fatigue and sore throats for fear they’ll be shipped off to one of Maduro’s “containment centers” as the Times puts it.

“In commandeered hotels, disused schools and cordoned-off bus stations, Venezuelans returning home from other countries in Latin America are being forced into crowded rooms with limited food, water or masks. And they are being held under military guard for weeks or months for coronavirus tests or treatment with unproven medications…”

“They told us we’re contaminated, that we’re guilty of infecting the country,” Caracas based nurse Javier Aristizabal told the Times.

Sick people, who need the aid of their families and friends more than ever, are now being treated as enemies of the Venezuelan state. The Times reports “governing party activists are marking the homes of families suspected of having the virus with plaques and threatening them with detention.”

Sound familiar to a certain post-Weimar Germany in any way?

Interviewees of the Times speculate that the government of Venezuela is treating its citizens so poorly due to the embarrassment resulting from the supposedly wonderful – but completely overwhelmed – socialized health care system.

This is also just the way things always go in a collectivist political system where the individual is held in little to no regard. Frank S. Meyer commented on this in his book In Defense of Freedom when he noted that certain ideologies “actually believe that society is a living organism.”

“This doctrine… depends upon the belief that society or the state is a being, almost a person, who in reciprocal relationship with individual persons hands out rights as they fulfill their duties to it.”

Ascribing personhood to the Venezuelan state, its leaders have punished individual citizens infected with COVID-19 because they have not fulfilled what Maduro and his cronies view as the citizens’ duties to the state, namely mindless acceptance of the regime’s authority. What Meyer wrote, and what Maduro is putting into effect, is a concept which has long been very foreign to Americans.

Every time that a politician goes on about the duties Americans have to society or the state, especially in this fear-filled time of COVID, we would do well to remember that acceptance of duties to the state strips us of our rights. For, to return to Meyer:

“In such a scheme of things, ‘rights’ would obviously be dependent upon duties preformed; but they would not be rights, they would be privileges. The rights of human beings, however, are not the gift of some Leviathan; they are inherently derived from the nature of men. The duties of human beings are not tribute owed to Leviathan; they are moral imperatives grounded in objective value. Each is independent of the other; it is not a matter of quid pro quo.”

The breakdown of Venezuela’s society and health care system (which the Times reports stopped reporting even infant mortality rates years ago) is a very present cautionary tale against the dangers of collectivist socialism. For those who do not want to look back through history to examine a dangerous ideology, they need only look south to Venezuela and see how little regard the government there has for its people.