The Great American Story: It’s Time to Accentuate the Positive 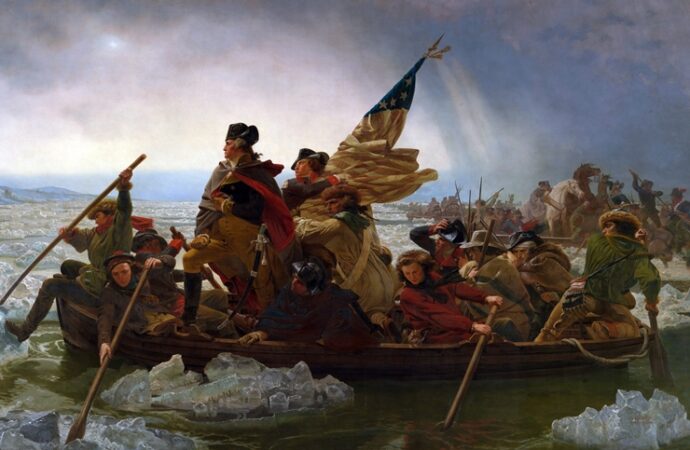 The theme of the upcoming 2020 Republican National Convention will be “Honoring the Great American Story.” Rather than criticizing all that’s wrong with America, as the Democrats are likely to do, Republicans plan on celebrating American life and history. On the opening day of the convention, August 24, speakers will focus on America as the “Land of Promise,” with the “Land of Opportunity” on Tuesday, the “Land of Heroes’ on Wednesday, and the convention closing on Thursday with the “Land of Greatness” theme.

Excellent. Heaven knows we need some sunshine and cheer after the darkness and apprehension of the past six months.

I suspect whoever invented this theme was probably inspired in their selection of these topics by Wilfred McKay’s Land of Hope: An Invitation to the Great American Story. I certainly hope so, as this textbook of U.S. history for high school and college students is one of the best I’ve ever seen. It is balanced and fair in its history, it does indeed read like a story, and it is written with deep affection for our country. As I wrote in a review of this book for Intellectual Takeout in June 2019:

In his epilogue, ‘The Shape of American Patriotism,’ McClay accurately writes that his book ‘never loses sight of what there is to celebrate and cherish in the American achievement.’ This splendid closing essay examines the tensions between the ‘American creed’ and American culture, ‘between its universalizing ideals and its particularizing sentiments, with their emphasis upon memory, history, tradition, culture, and the land.’ He goes on to say that ‘Land of Hope’ is not ‘an uncritical celebration’ of American achievements, but adds, ‘Love is the foundation of the wisest criticism, and criticism is the essential partner of an honest and enduring love.’ In other words, our national conversation must include ‘the good, the bad, and the ugly…but by the same token, the great story, the thread that we share, should not be lost in a blizzard of details or a hailstorm of rebukes.’

McClay is a scholar who clearly loves his country. Bringing ‘Land of Hope’ into our homes, public libraries, and classrooms would not only take us one step closer to ‘the self-governing life,’ but might spark in our hearts the desire to love and to learn about ‘the great American story.’

Now McClay and fellow historian John McBride have presented readers with another gift: A Teacher’s Guide To Land Of Hope: An Invitation to the Great American Story (Encounter Books, 2020, 416 pages).

This guide is superlative. In addition to their pointers and advice on how to use the lessons of Land Of Hope, McClay and McBride have included documents, poems, American songs, and suggested topics for brief essays. They also present students with questions that not only ensure they have absorbed the lesson, but whose answers become mini-lessons in themselves.

Here too we realize why Land Of Hope stands apart from so many other American history textbooks. In the guide’s “Epilogue: The Shape of American Patriotism,” McClay and McBride give us the passage quoted above, and then add a quote from G.K. Chesterton pertinent to their philosophy of history, “Men did not love Rome because she was great. She was great because they had loved her.”

And so it is with the United States.

In today’s dark circus of looting and burning in our cities, and of accusations from many on the left that all white Americans are racists, that the Constitution is worn out and should be trashed, and that America itself has always been evil, there seems to be little love left for our country. Contempt and hatred for America’s laws and government, its system of free enterprise, its culture, and even some of their fellow citizens are standard fare among these folks.

Surely that loathing stems in part from an ignorance of history and a slanted education. If we asked these radicals why the Declaration of Independence was itself one of the most radical of all political documents in human history, or why the Bill of Rights is essential to our freedom, I am reasonably certain many of them would respond either with blank stares or their usual obscenities.

This opprobrium is also a consequence of Marxism. Some leaders of Black Lives Matter, for example, proudly identify themselves as trained Marxists, and Antifa seems to advocate for both anarchism and communism, which makes for a contradiction in terms. Again, those who push for that agenda reveal themselves fools in light of the history of the past century of communism, with its 100 million murders, its incarcerations, and its tyranny.

Many of my readers here will be homeschooling or distance learning from various public and private schools this fall. A source at a large home education outfit informs me that this summer their enrollments are up 100 percent over previous years, and that their warehouses and printers are running 24 hours a day.

Whatever educational pathway you decide to take with your children, I urge you to incorporate Land Of Hope into your curriculum. As McClay says, your children will learn the “good, the bad, and the ugly” of the past, but they will also learn those lessons from two teachers who love their country.