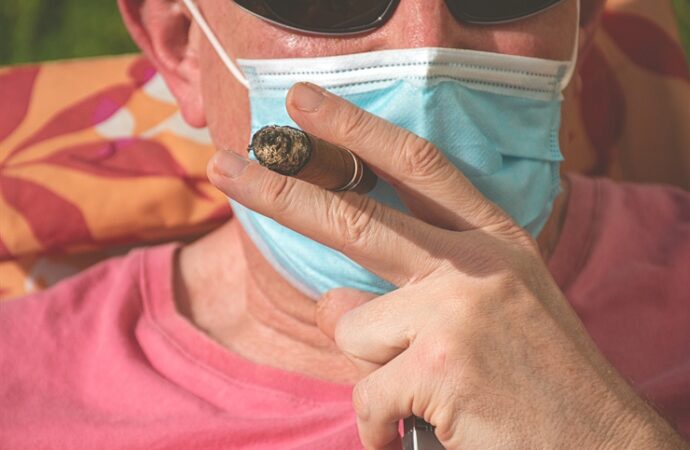 COVID-19 has affected practically every aspect of the American economy. Supply lines have broken down, restaurants have moved to takeout only, sports leagues have been canceled or delayed, and now marijuana might become increasingly legalized among the 50 states.

A recent Politico article profiled the pandemic’s effects on the marijuana industry, both the legal and illegal varieties.

“One positive the industry has seen in recent weeks is an increase in the number of cities considering cannabis revenues as a tool for plugging coronavirus-related budget gaps,” write Paul Demko and Alexander Nieves, who later state that “there’s little doubt that the current economic troubles will push more states to consider legalization.”

That’s in large part because states’ desperation for cash is only going to grow. Even if marijuana taxes would only make a difference at the margins, it undoubtedly will prove enticing to lawmakers.

Lawmakers and voters in New York, New Jersey, Oklahoma, and other states are considering legalizing recreational marijuana according to Politico. One Republican lawmaker in Oklahoma reportedly argues it could raise $100 million annually for the state government.

If there is one thing that the COVID-19 pandemic has revealed about American politics, it is that the decision-making processes of our politicians is primarily driven by that sweet tax revenue which allows them to fund their favorite pet projects.

The bias towards big earners for state coffers is clear even in determining which businesses are “essential” to Americans. Big-box stores and supermarkets are favored over mom-and-pop shops, while industries more prone to single locations (e.g. restaurants) encountered an unfavored status with politicians.

This is to say nothing of the ridiculous steps that many states have taken toward reopening. As I noted previously, states like Minnesota, which limit church attendance while welcoming crowds of gamblers back to casinos, have one motivation in mind: money.

When liquor stores stay open during the pandemic, but cancer treatments and organ transplants are delayed and pastors are threatened with the might of government as they attempt to care for the spiritual health of their congregations, we must realize that government does not care for our health and well-being. It will not let such petty concerns get in the way of their bottom line, so they’ll legalize pot in spite of public health concerns, in the middle of a public health crisis.

Do our politicians not remember that people with respiratory diseases and other conditions are at greater risk of a severe case of COVID-19? What happened to New York Governor Andrew Cuomo’s claim that “if everything we do saves just one life, I’ll be happy”? Did that stop being true as New York realized new potentials in the marijuana industry to help prop up their $14 billion budget shortfall?

For those not already aware, smoking marijuana is linked to a variety of diseases. The CDC notes:

Smoked marijuana, in any form, can harm lung tissues and cause scarring and damage to small blood vessels. Smoke from marijuana contains many of the same toxins, irritants, and carcinogens as tobacco smoke. Smoking marijuana can also lead to a greater risk of bronchitis, cough, and phlegm production. These symptoms generally improve when marijuana smokers quit.

Additionally, the American Thoracic Society advises that smoking marijuana may, among other afflictions, cause users to “develop a lung infection from a mold called ‘aspergillus’” which lives on marijuana; develop large air sacs called bullae in the lungs which may rupture and cause lungs to collapse; and increase users’ risk of lung cancer.

Marijuana smoking is associated with large airway inflammation, increased airway resistance, and lung hyperinflation, and those who smoke marijuana regularly report more symptoms of chronic bronchitis than those who do not smoke. One study found that people who frequently smoke marijuana had more outpatient medical visits for respiratory problems than those who do not smoke. Some case studies have suggested that, because of THC’s immune-suppressing effects, smoking marijuana might increase susceptibility to lung infections, such as pneumonia, in people with immune deficiencies; however, a large AIDS cohort study did not confirm such an association. Smoking marijuana may also reduce the respiratory system’s immune response, increasing the likelihood of the person acquiring respiratory infections, including pneumonia.

All of this surely makes it sound as though marijuana users would be part of that high-risk population that decision-makers claim they want to protect from COVID-19. The irresponsibility of further sanctioning an industry that leaves participants more susceptible to the ravages of the current public health crisis is hard to overstate.

Do we really want politicians to tend to the health of their bloated budgets by any means necessary? Why create new revenue streams from the marijuana industry when there are still businesses shuttered or downsized by pandemic-related government restrictions?

One would hope that Americans will find the line of acceptable pandemic conduct and push the government back over that line, rather than accepting the present dictatorship of the arbitrary administrative state controlling so much of American life. As government looks to line its pocketbook while ordinary citizens struggle with skyrocketing unemployment rates, it’s time to ask more questions.