If Voting Rights Are Sacred, Why Are We So Sacrilegious? 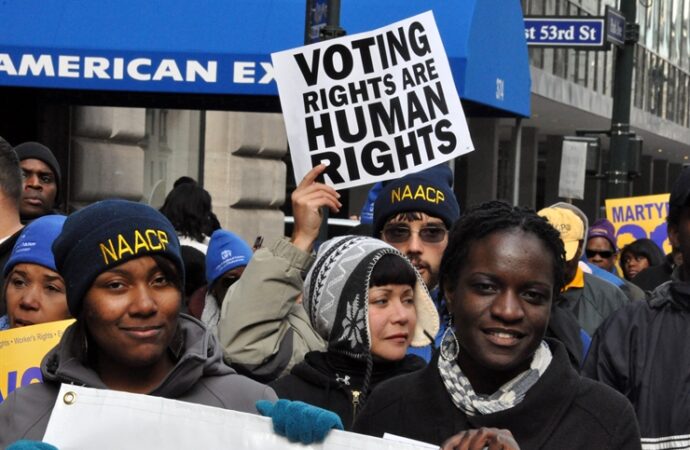 We are now entering the “silly season” of electoral politics. As the presidential campaign gets closer to Labor Day, the race begins in earnest. Candidates and their surrogates attack each other, and campaigns aren’t above using scare tactics to motivate voters. It seems to get worse with each successive election cycle.

While hardly a novel concern, the threat of voter suppression and illegal voting are at the forefront this year. News media and partisans on both sides are using a lot of bandwidth to debate the merits and perils of mail-in voting.

Far less time is being spent on the threat of illegal aliens voting in our presidential elections. That’s a shame, because it is one of the biggest threats to electoral integrity and could be neutralized fairly easily.

Although many left-leaning communities embrace the idea of letting illegal aliens vote in local elections, it remains against the law for foreign nationals to vote in federal elections. If we value the integrity of our elections, then it is vital to ensure that we have voting that conforms to our laws.

Mention foreign nationals voting in our presidential elections to some people, and you will be met with eye rolls and cynicism. That is a debunked conspiracy theory, they will say; a xenophobic attempt to demonize Hispanic migrants. The facts reveal otherwise.

There are numerous cases of illegal aliens attempting to vote in our federal elections. Nineteen foreign nationals were charged in 2018 with unlawful voting in the 2016 election. They came from countries including Mexico, Nigeria, and Japan, and falsely claimed U.S. citizenship in an attempt to vote in North Carolina.

In 2011, an illegal alien from the Philippines was arrested on 17 counts of voter fraud in Illinois. A subsequent investigation revealed that Maria Azada allegedly voted nine times in primary, general, and consolidated elections between 2003 and 2009. According to the arrest warrant, Azada allegedly falsely claimed to be a U.S. citizen on two Illinois voter registration applications.

Unlawful voting is one of the quickest ways an illegal alien can find himself deported. Making a false claim to U.S. citizenship is both grounds for inadmissibility and deportation under the Immigration and Nationality Act, our current immigration law.

In short, illegal aliens hiding in the shadows here in the United States are taking a huge risk in trying to influence our federal elections.

Just ask Rosa Maria Ortega. She received an eight-year prison sentence in 2017 for illegally voting in Texas. After being granted parole after serving little more than nine months, the 40-year-old mother of four teenagers is facing deportation proceedings to her native Mexico.

In addition to strictly enforcing our immigration laws across the board, this problem would be greatly reduced by requiring prospective voters to prove their identity and citizenship. Yet many of the same people who lament purported foreign influence in the 2016 election staunchly oppose voter ID laws. Why? Maybe because they are fine with unlawful electoral influence by certain foreign nationals so long as it helps their side win.

Those people care nothing for our electoral integrity and seek political power at any cost. If that thinking prevails, American elections will have no more legitimacy than those of a Third World banana republic run by a military strongman. In other words, the same kind of government that caused many to flee to the United States.

Voting long has been considered almost a sacred right in our country. It is time we defend that right with accountability and action, not just rhetoric.