How to Choose a True Leader in the 2020 Election 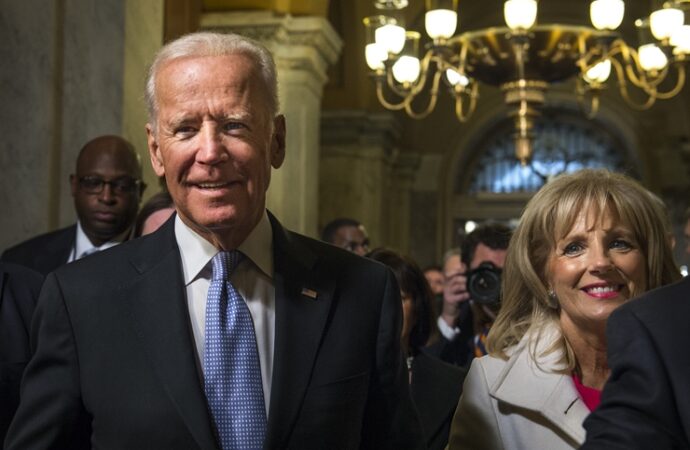 Leaving our Airbnb rental in Maine a few weeks ago, I chatted with the owner, whom I’ll call Fred.

Me: “I hope when we see you next year, the world is in a better place.”

Me: “I’m afraid you will be sadly disappointed.”

I assumed his enthusiasm was about Joe Biden.

The Biden/Harris ticket will beat the drum of better leadership throughout the campaign. During their debut appearance, Kamala Harris praised Biden, saying he answered a country “crying out for leadership.”

Is Biden a better human being than President Donald Trump? I wouldn’t trust the character of either. Does Biden have a better personality? Ask the voters he insulted on the campaign trail and even offered to fight.

Could Biden articulate the principles (not campaign promises) by which he intends to lead? And yes, I would ask the same question of Harris, Trump, and Vice President Mike Pence.

Harris seems to believe that strong leadership begins with decisive action, expanding the role of government in our lives. Jefferson thought otherwise. “The strongest Government on earth,” Jefferson explained, is where the population defends the rule of law, not men.

Harris says she wants a mandate, yet Jefferson understood the country was a republic, not a democracy.  In the Constitution, there are no provisions for claiming a governing mandate; claiming to have a mandate based on a majority vote, Jefferson would say violates a “sacred principle” and makes you an oppressive tyrant: “Though the will of the majority is in all cases to prevail, that will to be rightful must be reasonable; that the minority possess their equal rights, which equal law must protect, and to violate would be oppression.”

Many have pointed out that today’s progressives behave like “Medieval Inquisitors.” Jefferson pointed to political intolerance as “despotic” and as “wicked” as religious intolerance:

Let us restore to social intercourse that harmony and affection without which liberty and even life itself are but dreary things. And let us reflect that, having banished from our land that religious intolerance under which mankind so long bled and suffered, we have yet gained little if we countenance a political intolerance as despotic, as wicked, and capable of as bitter and bloody persecutions.

So, what should government do? Jefferson was clear:

A wise and frugal Government, which shall restrain men from injuring one another, shall leave them otherwise free to regulate their own pursuits of industry and improvement, and shall not take from the mouth of labor the bread it has earned. This is the sum of good government, and this is necessary to close the circle of our felicities.

In his address, Jefferson didn’t promise a single new program, but he explored the principles by which he would lead:

Equal and exact justice to all men, of whatever state or persuasion, religious or political; peace, commerce, and honest friendship with all nations, entangling alliances with none; the support of the State governments in all their rights, as the most competent administrations for our domestic concerns and the surest bulwarks against antirepublican tendencies…

Timeless principles are most important in turbulent times. After stating more of America’s principles, Jefferson added that these principles alone lead “to peace, liberty, and safety”:

These principles form the bright constellation which has gone before us and guided our steps through an age of revolution and reformation. The wisdom of our sages and blood of our heroes have been devoted to their attainment. They should be the creed of our political faith, the text of civic instruction, the touchstone by which to try the services of those we trust; and should we wander from them in moments of error or of alarm, let us hasten to retrace our steps and to regain the road which alone leads to peace, liberty, and safety.

Today, politicians seem to believe in their authority alone. Jefferson believed in an “Infinite Power” that can enlighten our actions through “a benign religion, professed, indeed, and practiced in various forms, yet all of them inculcating honesty, truth, temperance, gratitude, and the love of man.”

If you want to make the case that your favorite candidate will come closer to Jeffersonian principles and will do less damage, I might agree. Yet, I doubt if Trump, Biden, or Harris have ever considered Jeffersonian ideals. In our troubled times, will any candidate “retrace [their] steps” in order “to regain the road which alone leads to peace, liberty, and safety”?

Jefferson understood that constitutional leadership begins with being a steward of our constitutional principles. I am terrified of what awaits a politically intolerant, unprincipled, post-Constitutional America.