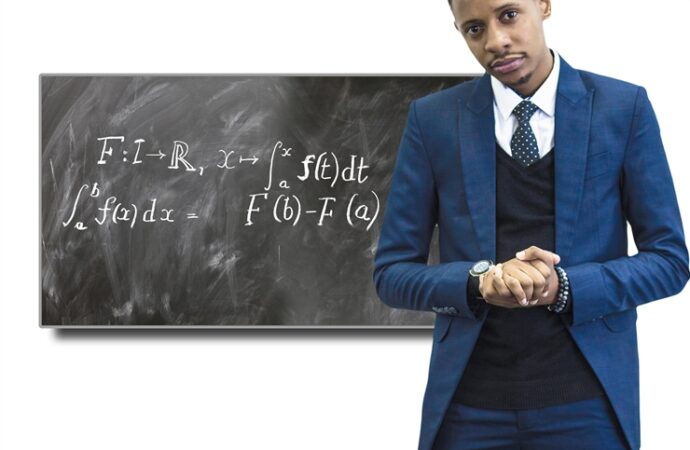 But a Virginia school district stripped the French teacher of the ability to impart these passions in high school classrooms when it fired him for not using pronouns preferred by a transgender student.

“I explained to my principal that I couldn’t in good conscience pronounce masculine pronouns to refer to a girl,” Vlaming told The Daily Signal in an interview for this special video report. “He gave me an official written reprimand that said it was the first step in a process that would lead to my termination.”

Nineteen days before Christmas 2018, the school board in West Point, Virginia, voted unanimously to fire Vlaming. Today, he awaits his day in court.

Wyatt Pedersen, at the time a student of Vlaming’s, said his reaction to his teacher’s firing was “a combination of like shock and kind of disgust.” Pedersen helped organize a student walkout in protest.

Another former student, Jessica Teagle, said she had a similar reaction.

“I was very shocked when I found out he was fired,” Teagle said. “I didn’t really know what to do.”

Paul Nichols, a friend of Vlaming’s who is superintendent of nearby Mecklenburg County Public Schools, told The Daily Signal that the teacher’s situation is a direct reflection of what is happening in society.

“Not only did he lose his job, but I think the whole thing has put other people in a position where they’re scared that they will lose their job if they don’t toe the line of current popular culture, progressive culture,” Nichols said.

Here’s what happened, as Vlaming tells it.

‘I Didn’t Want to Provoke Her’

Near the end of the 2018 school year, one of his students, a 14-year-old girl, gave Vlaming a handwritten letter saying that she was transgender, had adopted a masculine name, and wanted to use it in French class.

The West Point School Board voted 5-0 on Dec. 6, 2018, to fire Vlaming, saying his refusal to follow orders to use male pronouns in referring to the transgender student “harassed and discriminated against the student” and meant Vlaming was “insubordinate.”

In an interview with The Daily Signal, Vlaming said he had worked to help the student while staying true to his own conscience.

“I wasn’t using feminine pronouns to refer to her because I didn’t want to provoke her,” Vlaming said, adding:

I understood her point of view and respected the fact that she could choose to think what she wants to think. And it’s not my place as a teacher to pronounce any position I might have on the subject, but I couldn’t in good conscience designate her via third person pronouns as a boy.

The student met with Vlaming on Oct. 22, 2018, and told him that she had heard that he referred to her as a girl outside class.

Vlaming said he told the student that he appreciated her as a student, was glad she was in French class, and, although he wasn’t supposed to disclose this, that she was one of his favorite students and he appreciated her charm and wit.

He told the student that adopting the new identity was “a big transition,” Vlaming recalled.

“So extend me a little bit of grace,” Vlaming said he told the student.

The next day, Vlaming said, he went to speak with his assistant principal, Suzanne Aunspach, because Principal Jonathan Hochman was out of town.

He told Aunspach in detail about the conversation with the student and said he respected the student’s decision to adopt a new identity.

Vlaming said he also told the assistant principal that he respected the right of the student’s family to believe in her transition, but that he could not in good conscience refer to a girl as a boy.

“I was told that not only would I proactively use male pronouns for the student in her presence, but that I would use male pronouns to refer to her no matter who was present, even if it was just another colleague behind closed doors or in a break room,” Vlaming said.

Vlaming said he met with both Aunspach and Hochman about the issue on Oct. 31, Halloween.

“I was given an official reprimand for not using the appropriate pronouns,” he recalled, “and I was told that this was the first step in a series of steps that will lead to my termination.”

Later in the day, Vlaming’s class did a Halloween activity about the catacombs of Paris when that city was ravaged by the Black Death, thought to have reached its peak mortality rate in 1349.

The French teacher divided the students into pairs, with one wearing a virtual reality headset to see a tour of the catacombs and the other making sure the one with the headset didn’t run into anything.

Vlaming recalled that the transgender student was about “to walk into a wall” because her partner wasn’t paying attention. He said:

And so as a reflex, I shouted out, ‘Don’t let her hit the wall.’ And I remember at that very moment I’ve actually put my hand in my mouth. I was like, ‘Shoot.’ I’ve been trying to avoid female pronouns, but it’s bound to happen. It was in good faith; I was trying to keep her from running into something.

That “moment” essentially cost Vlaming his career as a French teacher at West Point High.

“By the end of the day,” he recalled, “I get summoned to the principal’s office and I was put on administrative leave. … And after that week I had to go back to see the superintendent, who had prepared an ultimatum.”

The ultimatum said that in order for me to be allowed back in the classroom, that I would have to proactively use male pronouns, in any instance, if they suspected that I was using the name instead of he or him or his, that it will be grounds for my termination.

He couldn’t in good conscience sign the ultimatum, Vlaming said, and Superintendent Laura Abel subsequently recommended that he be fired.

Vlaming lives in Williamsburg, Virginia, with his wife and four children ages 3 to 12.

The teacher, who was 47 when he was fired, is an active member of Incarnation Anglican Church in Arlington, Virginia, which he and his family helped plant in 2013.

He has taught children’s Sunday school, preached, and led prayer meetings, small groups, and worship services. On two occasions, he was the church’s delegate to the annual synod of its diocese.

Almost a year after his firing, on Sept. 30, 2019, Vlaming sued the West Point School Board for breach of contract and for violating his rights under the state Constitution and state law.

The federal District Court for the Eastern District of Virginia in Richmond was expected to decide by the middle of the year whether the case will proceed in state court, where it was filed, or in federal court, where the West Point School Board seeks to move it. That decision is still pending.

In a statement provided to The Daily Signal, a spokesman for West Point Public Schools said the system’s “primary focus is on students, staff, and instruction, and we will continue to direct our energy toward maintaining a high-quality learning environment in our schools,” adding:

The School Board denies any liability to Mr. Vlaming, and we will vigorously defend against any claims. The School Board does not intend to comment further on the pending litigation at this time.

Teagle, the former student, recalled emailing Vlaming after learning that he had been fired.

“I emailed him because our assistant principal never told us,” Teagle said. “She just said, ‘This is our new temporary sub for French,’ and she didn’t say anything else.”

‘It Has Come to This’

Caleb Dalton, a counsel with the Christian legal organization Alliance Defending Freedom who represents Vlaming, said the teacher’s case is about whether the government can force someone to speak a message that goes against their conscience.

“His case, at its core, is really about the right of free speech, the right of any teacher not to be compelled to violate their convictions in order to keep their job,” Dalton said.

During World War II, he said, the Supreme Court heard a similar case in which Jehovah’s Witnesses did not want to salute the American flag or say the Pledge of Allegiance.

“You can imagine during World War II that that was upsetting to many people,” Dalton said.

“The Supreme Court said that nobody can be forced by a government official, high or petty, to be compelled to speak a message that violates their convictions,” Dalton said, “and that’s exactly what the school board is trying to do to Peter in this case. Nobody should be forced to do that just to keep their job.”

Vlaming said the hardest part about his situation is that “it’s come to this.”

“That’s been the hardest to realize. It has indeed come to this,” Vlaming said, adding:

We just don’t do that here. That’s what I said to myself during this thing, but now this is what’s happening. It’s ‘No, you will believe this or else you can’t work here.’

The other thing is just to realize the spirit of intimidation. There are many teachers who share my point of view, but won’t come out of the shadows. I’ll say it that way, because they are intimidated. And, well, look what’s happened to me. I politely disagreed and I was fired.